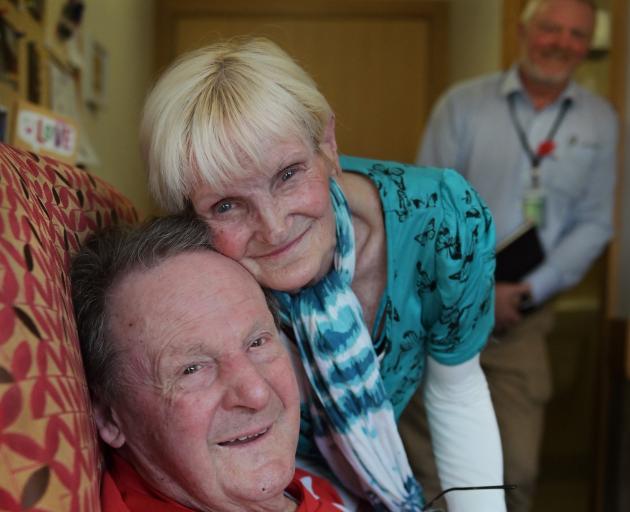 World War 2 veteran and dementia patient Neil Harper (97) and wife Laurel, who he remembers thanks to her perfume, watched by RSA support adviser Niall Shepherd, who found new bottles of the scent when it stopped being sold. Photo: Christine O’Connor.

A stroke and dementia have robbed World War 2 veteran Neil Harper of many things, but not his sense of smell.His wandering memory means he does not always recognise wife Laurel when she visits him at Leslie Groves Hospital, in Dunedin, but Mr Harper always recognises Laurel’s perfume, Orient, a scent she has worn for decades.

”There were times I didn’t wear it and put another perfume on and he would say ‘go away, don’t you dare touch me, I’m waiting on my wife’,” Mrs Harper said.

”It would take half an hour or more to talk him into the fact that I was his wife.

”I am her, but I worked out that when I wore my usual perfume he knew me.

”As soon as I put different perfume on he would tell me to go away.”

However, the company which manufactured Orient recently stopped making it, leaving Mrs Harper fretting her husband would no longer recognise her.

She told Returned and Services Association support adviser Niall Shepherd, who has helped the Harpers for the past two years, of her predicament, and he searched for remaining bottles of Orient.

Mr Shepherd found a cache in a Milton pharmacy, bought it, and gave it to Mrs Harper.

”Niall is awesome. He has helped so much,” Mrs Harper said.

”Niall managed to get me two bottles and a chemist got me the last one.” 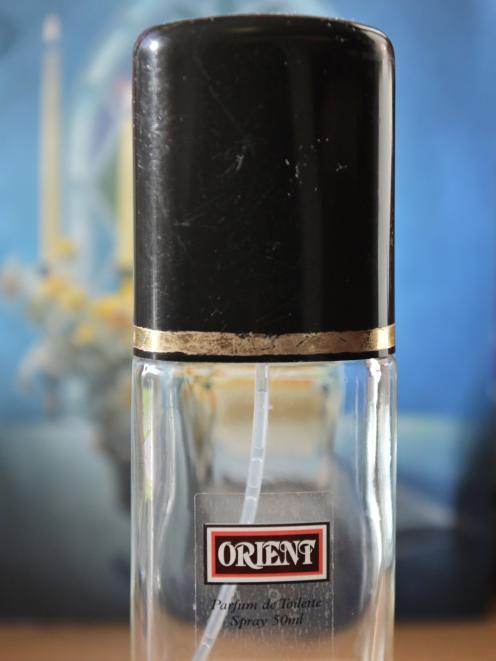 Mr Shepherd’s generosity has been marked in a surprising and special way.

The story of Mrs Harper’s perfume being told in a short film made for the ANZ Bank to support the annual RSA appeal.

”I started working with them when they needed some lawn mowing done, and I was in here visiting when it was mentioned that the perfume was running out,” Mr Shepherd said.

”It was just a passing comment, but I started asking around … I managed to find some and it has worked particularly well.”

Mr Harper served with the air force and army in World War 2, notably on the island of Bougainville.

He and the then Laurel West first met 39 years ago, then reconnected some years later and fell in love.

It was not until Mr Harper brought home the paperwork for their wedding that Mrs Harper realised there was a 30-year age difference between them.

”I said I would marry him but we had to wait a year … I didn’t know he was that much older than me but it didn’t matter.”

”What I am doing now is putting on a tiny spray of a perfume called Opium along with the other perfume and I’m hoping to slowly take him off it.”

Mrs Harper hoped the weaning-off process worked, as she did not want to again go through the anguish of Mr Harper forgetting who she was.

”I never cry when I am with him because he says ‘what have I done, what have I done’ and gets concerned. I learned that very early not to cry … I will love him forever, and beyond forever.”

Source: Scent of a love story