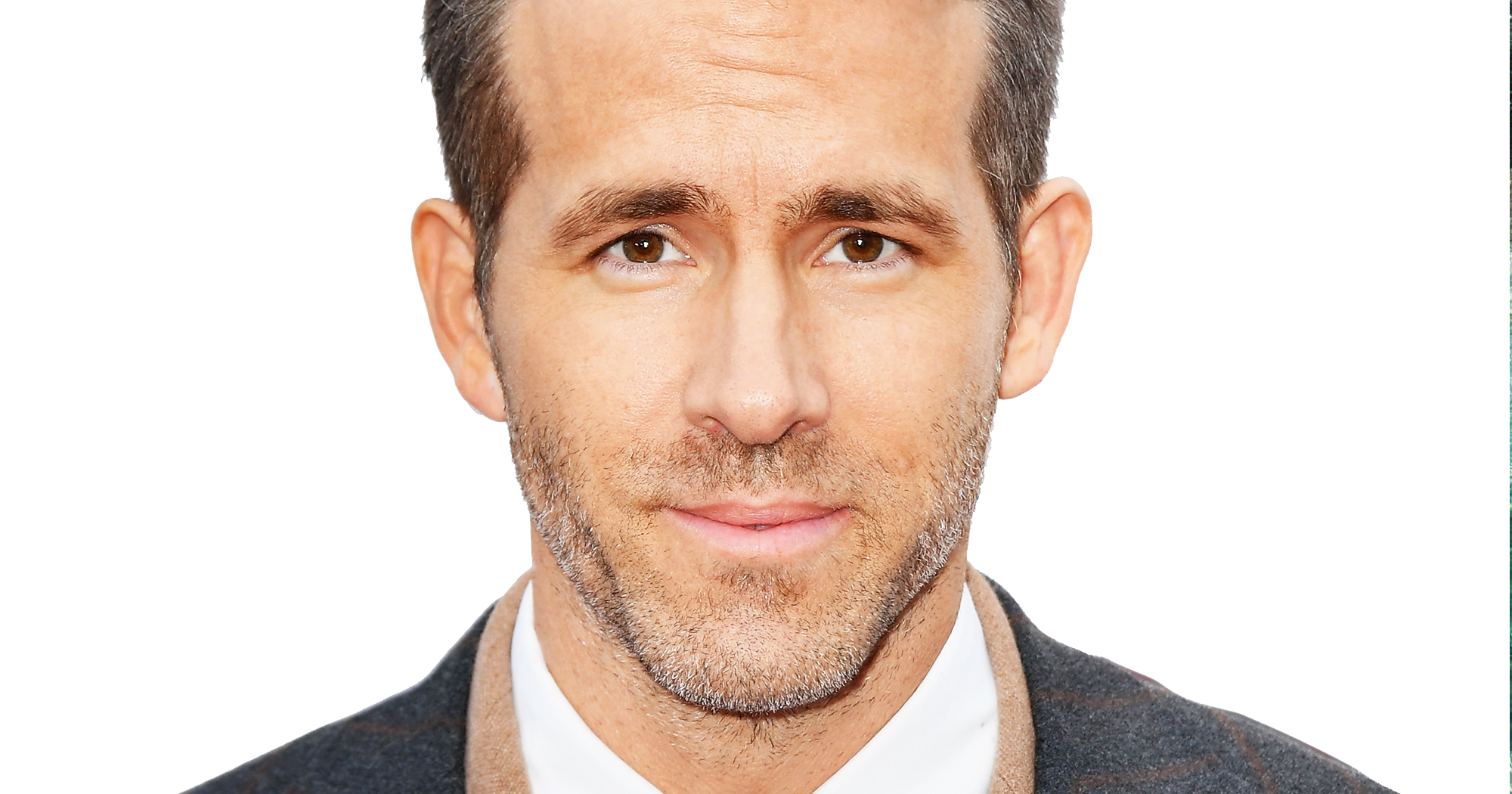 In countless interviews and media appearances, Ryan Reynolds has been described as charming and relatable, the kind of guy whose temperament is more telling of his native Canada than Hollywood. But as I waited to meet him in the sleek, minimalist penthouse of a modern high-rise in downtown Manhattan, I felt like I was on my way to interview an ex-NASA employee who was prepared to reveal that, yes, the moon landing was an orchestrated hoax by the government — not charming, relatable actor Ryan Reynolds.

Escorted down a lengthy hallway, I was faced with a door that was guarded by a very tall, very serious man, likely the one trusted to protect Reynolds from the outside world, including me. With a fresh cup of coffee in my hand, my priorities immediately shifted from who I was about to meet to how dangerously hot the drink I carried was. If it all went horribly wrong, I’d be known as the girl who gave Blake Lively‘s husband third-degree burns.
“You’ve got something hot in your hands,” Reynolds points out as I enter the separate suite he’s waiting in. I put the coffee down, resign myself to the fact that I will not take one sip during the length of our nine-minute conversation, and compliment him on his new role as the face of Giorgio Armani’s Code Absolu (Not yet available in Canada). “I am a fragrance person,” he tells me. “I always have been. I wear a little bit of something every day. Some of my earliest memories are very closely associated with some kind of scent or fragrance.” Reynolds says that his favourite scent, the kind that can’t be bottled, is the smell of his home: Vancouver, with its wealth of Douglas fir trees and rain.
That isn’t what Code Absolu smells like — thankfully, because rain smells good, but not $100 good. Absolu is the latest iteration on the brand’s best-selling men’s fragrance, Armani Code, now updated with a blend of spicy-soft tonka bean and vanilla, and balanced out by the warmth of rum accord. While the original Armani Code is a classic, steely, Bond-James-Bond scent, Code Absolu is cozier and more familiar; Reynolds says it’d make the most sense for Will Hayes, his character in the 2008 rom-com Definitely, Maybe. Reynolds describes Hayes as a thoughtful, warm, and approachable guy who reminds him of… It’s a Wonderful Life actor, military officer, and film icon James Stewart. He’s not kidding.
In fact, Reynolds didn’t make as many jokes as I’d imagined he would during our short conversation. He’s funny, as someone whose career is grounded in dry, straight-faced humour should be, but he’s also sincere, stoic, and serious, not a constant entertainer. The 42-year-old really does seem like a regular guy — albeit one dressed in Tom Ford glasses and what’s likely an Armani-label cashmere sweater.
But this regular guy isn’t afraid to undergo dramatic transformations for roles — and there’s no better example than the prosthetics Reynolds has to wear on-screen as the title character in Deadpool, arguably his biggest role yet. They’re uncomfortable, he says, but worth it, because the transformation goes beyond the physical. “I love it because you feel like that guy,” he says. “Since I write the scripts with Rhett Reese and Paul Wernick, my co-writers, I try not to make too many decisions on paper before I get in the [makeup]. I usually have whole bunch of alternative [lines] I’ve written for different moments, because you do change.” He reiterates: “I will put up with any kind of physical punishment, or torture, because I love my job. I’ll do whatever it takes.”
Punishment and torture aside, Reynolds does have one stipulation: “I will not work 24 hours straight. I need to see my family, or I’m going to be an insufferable person to be around.” Being a working actor, husband, and father of two daughters, Reynolds admits he’s just happy to be home most of the time. Since most of his free time is spent relaxing with family, he says he doesn’t really need to fuss with a grooming routine — but, after our conversation, he might be thinking about it. “An ounce of prevention is worth a pound of cure,” he says quietly.
In the meantime, Reynolds’ priorities are elsewhere. “The other night I fell asleep fully clothed,” he says — due to child-care duties, not because he drank himself into oblivion and passed out face-first in a shallow pool of vomit (his words, not mine). I ask him for his best hangover tips, should someone find themselves in that situation. “Don’t punch above your weight,” he advises earnestly. “Don’t get too drunk. Enjoy a couple of drinks and go home happy.” It’s not classified information about Buzz Aldrin’s mysterious colour-changing gloves, but it’s good enough — and much more realistic.