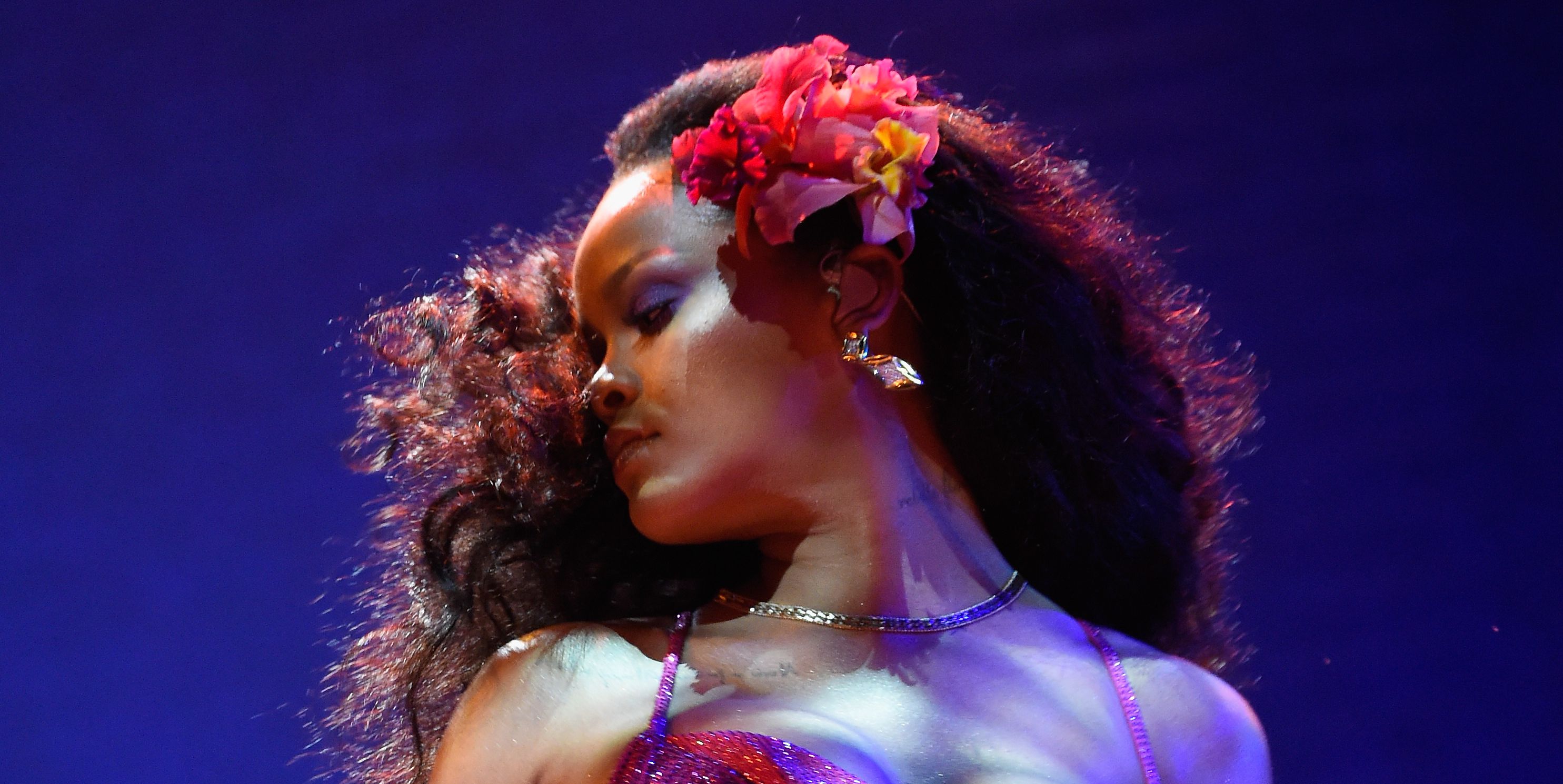 Rihanna Smells Like ‘Cinnamon, Bubble Gum, and The Sea’ and All Other Scents Are Cancelled | Elle

In April, Jeremy O. Harris (playwright, burgeoning tastemaker) sat down for a conversation with Rihanna (icon, the epitome of taste) in an actual chocolate factory in London, because sometimes when GOATs meet each other, everything becomes poetic and highly symbolic. In said interview, which was published in The New York Times Style Magazine, Harris applies his singular way with words to evocative descriptions of the multi-platform mogul’s ascent, influence, next steps, and—most importantly for me—her aroma. “As the doorbell chimed, a brilliantly heeled foot — wearing one of the aggressively pointed leather Fenty sandals I’d previewed the day before — stepped through a hidden side door,” Harris writes. “She smelled like cinnamon, bubble gum and the sea, her scent dominating the overpowering chocolate around us.” I mean this with all the seriousness I can muster and an absolute lack of even the faintest trace of hyperbole: this is the greatest sentence ever written and all other words, smells, notions, and ideas are cancelled.

First of all, the idea of Rihanna ringing a doorbell is astounding. I was under the impression that all entrances fly open with ecstasy upon her arrival. Also, the phrasing makes it seem like the door just started chiming spontaneously as soon as her foot pierced the frame. This all tracks.

But we’re not here to talk about how Rihanna brings every part of buildings to life like a benevolent version of the spell in Beauty and the Beast. We’re here to talk about aroma! We definitely do not have enough information about what most celebrities smell like. This is probably because it is definitely rude to just roll up on your fave and take a whiff. Do not do that. Having said that, there is little that I’m more curious about than what the olfactory experience of being in the presence of a legend is like.

Last year, I interviewed David Litt, who worked in the Obama White House for years, and, of course, I grilled him about what the former president smells like. Secret Service never let him get close enough to find out for sure, but he guessed it was “history and aromatic coriander” which is a Yankee Candle I would definitely buy. This stood as the most important scent for about a year (all my all-caps emails to Kelly Rowland with the subject “WHAT DOES BEYONCÉ SMELL LIKE?” have gone unanswered). But today we have a new winning smell, by a nose!

Let’s break this down into parts. Part the first: Cinnamon. A truly perfect scent. Notes of your grandparents’ house, notes of a shop in the mall that sells snickerdoodles, notes of the tagine someone once made for you on what is still the best date ever.

It’s possible that the sweetly earthy aroma of cinnamon was coming from Rihanna’s second signature fragrance “Crush,” it’s also possible that she passed a cinnamon tree on her way to the interview and the branches erupted into a joyous dance while the blossoms sang “You Da One” in unison. Equally possible. Let’s continue to investigate.

Next scent: bubble gum. Wow. We’ve gone from a market in Agrabah frequented by Prince Ali, to a 16th birthday party at a roller rink. HER MIND! HER PASSPORT! Bubble gum can be a treacly aroma so congratulations to it for being permanently upgraded by association with Rihanna.

Whereas cinnamon is homey and potentially worldly, bubble gum is brightly youthful, accessible, cruising down a highway in a convertible with the top down blasting “Pon de Replay.” It’s possible that we’re talking about Rihanna’s scent “RiRi by Rihanna” but it’s also possible that she arrived at the chocolate in a gauzy, pink bubble because cars are so last year.

Final component: THE SEA. I will be thinking about this for the rest of my life. Picture me as Citizen Kane except instead of “Rosebud” my final words are “Cinnamon, bubble gum, and… the sea.” It won’t take an entire movie to figure out what that means, however, because by that time every school child will memorize the three elements of Rihanna’s aroma before they learn the Pledge of Allegiance. No, strike that, the three elements of Rihanna’s aroma will be the Pledge of Allegiance.

What does the sea smell like? Salt and air and freedom and suntan lotion and phosphor and glass becoming sand? Sure, probably. Maybe. It’s possible we’re talking about the hibiscus flower and coconut water notes in Rihanna’s “Reb’l Fleur” but it’s equally possible that every molecule of every sea on the planet experienced a spontaneous phase change and clung to her skin in an act of magic and love and devotion. Actually, the second theory is more likely. I mean, what would you do if you were a sea. “I could be Dead or I could be Rihanna-adjacent?! You do the math.”

How does one smell like the sea? What can I do to harness an entire body of water? Should I go shout the lyrics to “Needed Me” at the nearest lake, bay, or reservoir?

I’m not sure it’s even possible to combine such different aromas if you’re not Rihanna, but I will be trying for the rest of my life. For instance, my evening will be spent soaking in a salt water hot tub full of cinnamon sticks, madly chewing an entire roll of bubble gum tape and waiting for the magic to happen.

Source: Rihanna Smells Like ‘Cinnamon, Bubble Gum, and The Sea’ and All Other Scents Are Cancelled