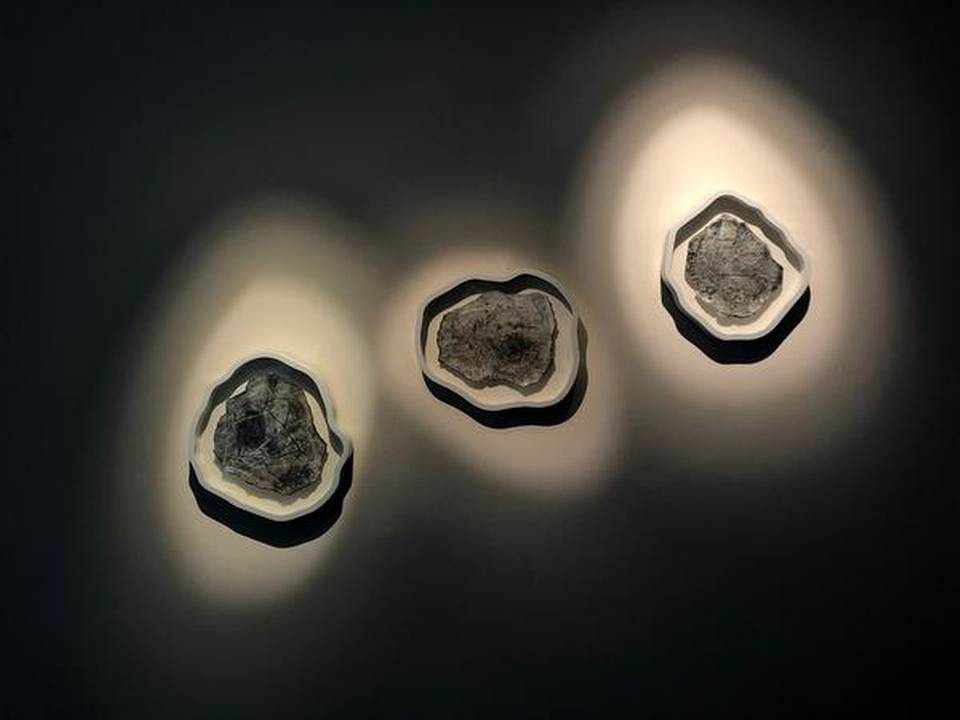 An art show, inspired by everyday sounds | The Hindu

Abhijit Pathak, an abstract line artist and Rajesh Srivastava, a figurative painter come together in a multimedia showcase in Delhi

His installations are usually almost as big as the room in which he’s now exhibiting seven or eight pieces. But 30-year-old abstract artist Abhijit Pathak has tried to fit his enormous ideas into a nook in Hauz Khas Village, along with figurative artist Rajesh Srivastava.

Their styles are, on the surface at least, at odds with one another, but curator-photographer Vikram Singh found the thread that links them: Pathak’s abstraction is inspired by ambient sounds — conversation snatches, traffic snarls, bird song — Srivastava’s memories of places, which stir him into painting, are filled with their sounds.

If you picked the first… 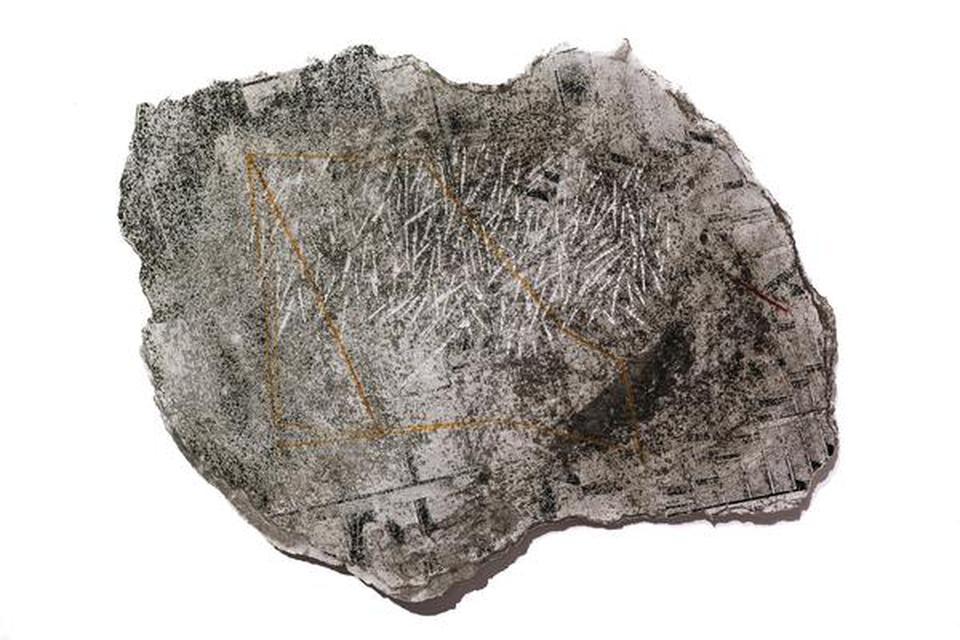 A close up of one of Abhijit Pathak’s works inspired by Delhi’s sounds   | Photo Credit: Special arrangement

When you walk into the lake-facing gallery, you’ll grab one of two headphones that are placed at the mouth of the exhibit. Depending on which pair you pick, if you shut out all other sensory stimuli (the coffee in your hand, the people in front of you) the on-loop sound scratches will transport you either to the lanes of old Delhi, or a souk in Kurdistan. Swivel left. Seemingly minimalist white frames, shaped like the rings of a tree-trunk, will stare back at you. Upon stepping closer, you’ll notice many layers on each piece — printed paper with thematic illustrations, then sandpapered with strokes of varying intensity, topped with one very simple yet jarring stroke of either red, gold, or blue in acrylic paint. The shapes are reminiscent of Chladni figures, named after the German physicist and musician Ernst Chladni, known for his research on vibrating plates.

Pathak, whose frames these are, was always affected by the minutiae of sound. Ten years ago, after a fine arts and music degree from Benaras Hindu University, he moved to Delhi to do his masters from Jamia Milia Islamia. The India Art Fair and the Beijing Biennale have since showcased his work.

“When I moved to Delhi, I was especially struck by how different the sounds of this city are,” he says. Tangibly, the works draw on bits from heritage sites that visually impacted him (including scratches and graffiti-ed declarations of love).

The base paper is printed with these impressions. More subliminally, it is only while listening to loops of the capital’s sounds, that he even makes his multimedia visuals. “We weave through so many sounds, so many conversations everyday. How many do we even absorb,” Pathak wonders. “The contrast of a random, one-off shout, over the blaring of traffic,” he notes, is the sort of auditory texture that interests him and informs what he distils onto the printed paper.

If you picked the second… 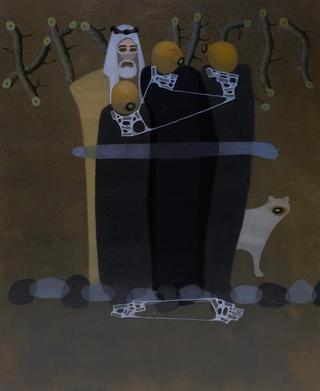 Turn right. Seven small frames, each a loaded slice of commentary on the lives of Kurds greet you. Rajesh Srivastava’s figurative style gives us a direct access to the metaphors he’s employing. For instance, a group of Yazidi women with pots for heads, the sadness brimming over. “Their faces are also covered fully,” he says, a nod to ISIS and the oppression of the Kurdish people.

Srivastava is a recipient of a National Award for Painting. He was awarded a fellowship by the Centre for Cultural Resources and Training for a proposal to study the human condition in Qatar, Iran, Iraq, and Syria through his art. His time there, first in 2014 and later in 2016 heavily influenced him.

If you walk further into the gallery, there are four more of Pathak’s pieces. Unfortunately, it’s difficult to cut out the stimuli. The smaller pieces could have used individual booths to really go the mile and unlock the potential of a truly immersive experience.