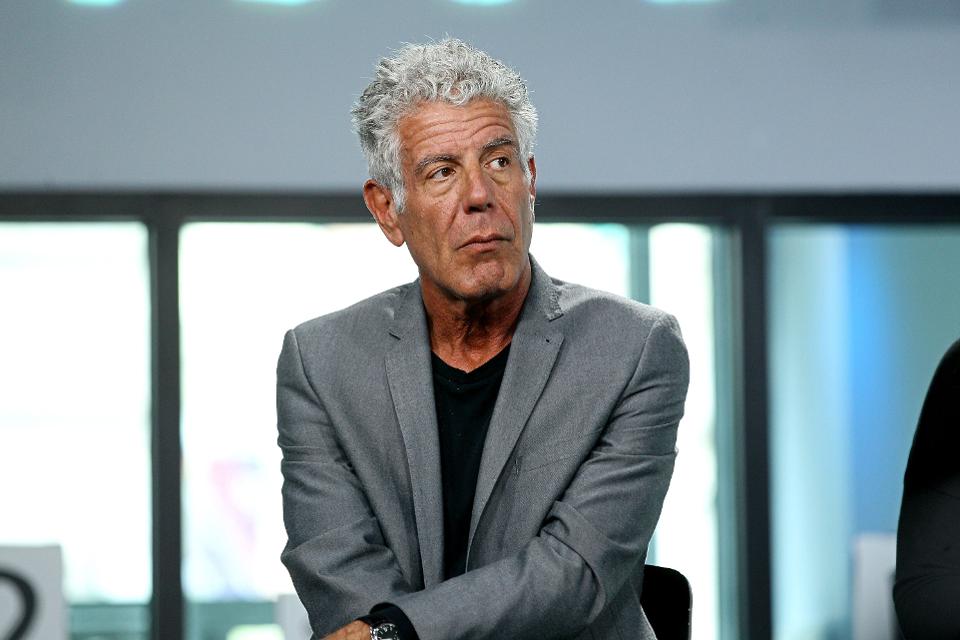 Replacing the hyper-sensory experience the drugs once gave him (through travel, food and drink) | Forbes

Anthony Bourdain’s death on June 8 shocked the entire food world. Bourdain, known as an irrepressible writer, traveler and bon vivant, blended honesty, openness, wit and intellect into entertainment that felt viscerally real. He also opened our eyes to a literal world of food we never knew existed. For me and others in food innovation, he was a role model.

Bourdain’s blunt New York voice let the air out of the food world’s (Michelin?) tires. He told real stories of real restaurant work: dirty, sweaty, hard and inglorious. Bourdain, in fact, toiled behind the line at an uncelebrated New York City French restaurant, where he paid his dues in duck confit and steak frites. While Bourdain was still executive chef, The New York Times gave his restaurant Les Halles one star in a 2002 review, eerily prophesizing his future in two sentences: “Les Halles is the right place for diners in a certain mood. No one wants to test the limits and set out on a voyage to parts unknown with every meal.” (My emphasis.)

Bourdain eventually became the prototypical evolved, open-minded diner. He was our proxy for virgin experiences of exciting dishes we’d never tried. But he was also curious to meet the people that cooked them. His passion for giving credit — and the spotlight — to the creators of food translated into menu descriptions that called out by name farmers, makers, ranchers and chefs, a practice still in evidence today.

Bourdain’s obvious love for all parts of the pig and cow was some of the kindling behind the head-to-tail eating movement that started in the new millennium, not long after Kitchen Confidentialwas published. He reveled in blood sausage and would gladly eat glands, kidneys and livers, even the beating heart of a snake. Tastes like a “very athletic, aggressive oyster,” he said, as only he could.

In 2002 he went to Vietnam on A Cook’s Tour, his Food Network series and soon afterwards pho became the “it” food and vacations to Vietnam de rigueur. His trips to Japan, and his palpable “obsession — fascination — with just about everything Japanese,” were likely responsible for moving high-end restaurant ramen into the American zeitgeist.

Bourdain loved most food, but didn’t eat or drink everything through false smiles. His emotion was real: good, bad or ugly. But he taught us that it was imperative to try something before dismissing it. Without a doubt, he helped nurture a culture of food and drink experimentation: the lifeblood of the insane amount of innovation that’s happening right now in the world of food.

Seeking extreme food and beverage experiences, the job he called “the best in the world” took him far from friends and family, but it also exposed him to the masses, a deal with the devil that may have done him in.

When you work on a stage, no matter how small or broadly sweeping as Bourdain’s television shows were, the assumption is that your private life matches your on-stage bravado. But, in fact, he admitted to a New York Times reporter in 2000 that the expectations of his book contracts made him feel insecure. “Will people like me?” he wondered. It’s hard not to wonder what the next 18 years of fame did to his psyche.

I never met Anthony Bourdain, but I felt his pain. You probably did, too, if you read his books, watched his shows, went to his events, or heard him interviewed. He was an admitted addict, albeit in recovery. After kicking heroin, he sought out the type of hyper-sensory experience the drugs once gave him. He got his fix through travel, food and drink. Lots of drink. For the camera. Or not.

We viewers and readers were along for the ride, but when the cameras stopped rolling, we got to sleep in our own beds and wake up parasite- and hangover-free. Tony, after a meal of beetles and warthog anus in Namibia, endless vodka shots in St. Petersburg or sochu and military stew in Korea, did not.

Next time you’re reading a menu or shopping for food and notice something totally new — tsampa cereal, water lily seeds, celtuce — consider “WWAD,” What would Anthony do? He’d belly up and say bring it on.

Anthony Bourdain left behind a body of work that urged some of us into writing, others of us into the food business, and many of us to travel to the itchy places he’d pioneered so we could eat foods and flavors we’d never heard of. He died far too young, but as real as ever: with charmingly non-telegenic teeth, a full head of hair, crushing wit, and far too much interesting, innovative and soon-to-be-trending foods left uneaten.