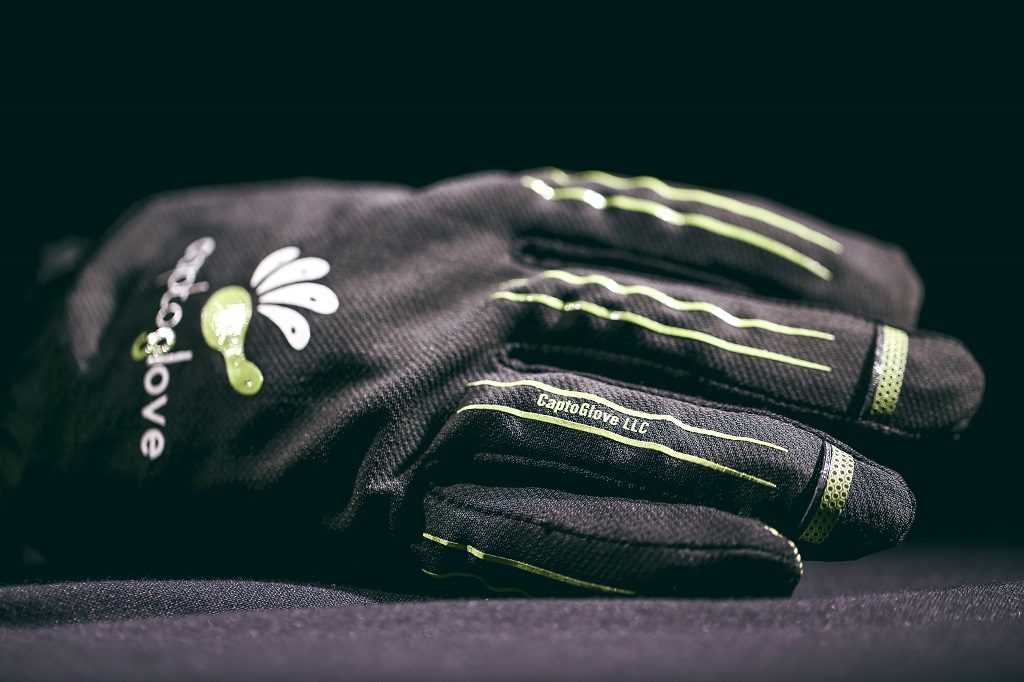 When it comes to physical interaction with the virtual world data gloves are still very much on the fringe of consumer products. Companies like Manus VR and Captoglove have already developed products that allow their gloves to act as wireless controllers, with the latter having completed a successful Kickstarter ahead of launch last year. CaptoGlove isn’t sitting back trying to sell its wireless gloves, as the company has bigger plans in store, the next of which has to do with haptics.

Haptics help provide that extra sensory realism to virtual reality (VR) experiences – good examples are haptic vests which let you feel being hit – alongside the audio and visuals. With haptics relating to gloves they tend to add a sense of touch, so you know you’re picking something up, even going so far as to simulate texture or pressure (like breaking an egg).

At the Electronic Entertainment Expo (E3) 2018, CaptoGlove showcased a new prototype system it has been working on that aims to provide unique sensory stimuli for users, temperature.

One of the best ways we understand the world around us is through touch – that’s why babies want to grab everything – and the addition of temperature can help alert or warn us about possible dangers. The CaptoGlove prototype glove on display had what looked like small metal heat sinks on the end of each finger and thumb. When the demo began several images appeared on screen one at a time. These included a coffee mug, ice cubes and even fire, and with each image the system relayed that information the gloves.

The coffee mug was warm to the touch but not hot, while the ice cubes were suitably freezing cold and the fire became so hot that it created an automatic reaction to pull the hand away, even though that had no effect. What truly astonished is the speed at which the individual units in each finger could adjust and change temperature, great for both gaming and industrial applications.

CaptoGlove were also keen to point out that once fully developed and ready for deployment, the haptic temperature system can be easily added to any pre-existing CaptoGlove purchased by customers. Which means customers that were early adopters won’t miss out on new tech created by the company.

This also goes for plans for adding resistance to CaptoGlove. Nothing was on display but Paolo Trotta, CEO and founder of CaptoGlove did confirm its was a direction the company wanted to go after completing the current prototype project. Having both together would mean not only could you’ll feel the heat from a mug, you could feel the mug itself.

The temperature is a very interesting avenue to explore, and one that has numerous possibilities for all sorts of VR applications. The current CaptoGlove was also on display at E3 2018. This uses Flexpoint Bend Sensors in conjunction with a wireless Bluetooth/sensor module located on the back of the hand to provide all the control data. The glove was  combined with Digital Combat Simulator (DCS) from Eagle Dynamics for the demo, allowing attendees to fly an F/A-18C Hornet. While not quite as good as a proper HOTAS system, the glove did an amicable job of flying the plane, with a 1:1 reproduction of every hand movement (although there was no need for any finger movement in this particular demo).

At present there’s no specific release date or window for the temperature system. CaptoGlove are still looking at ways of reducing the form factor to a suitable consumer size. When that does happen it’ll make CaptoGlove an even more enticing proposition for serious VR enthusiasts.