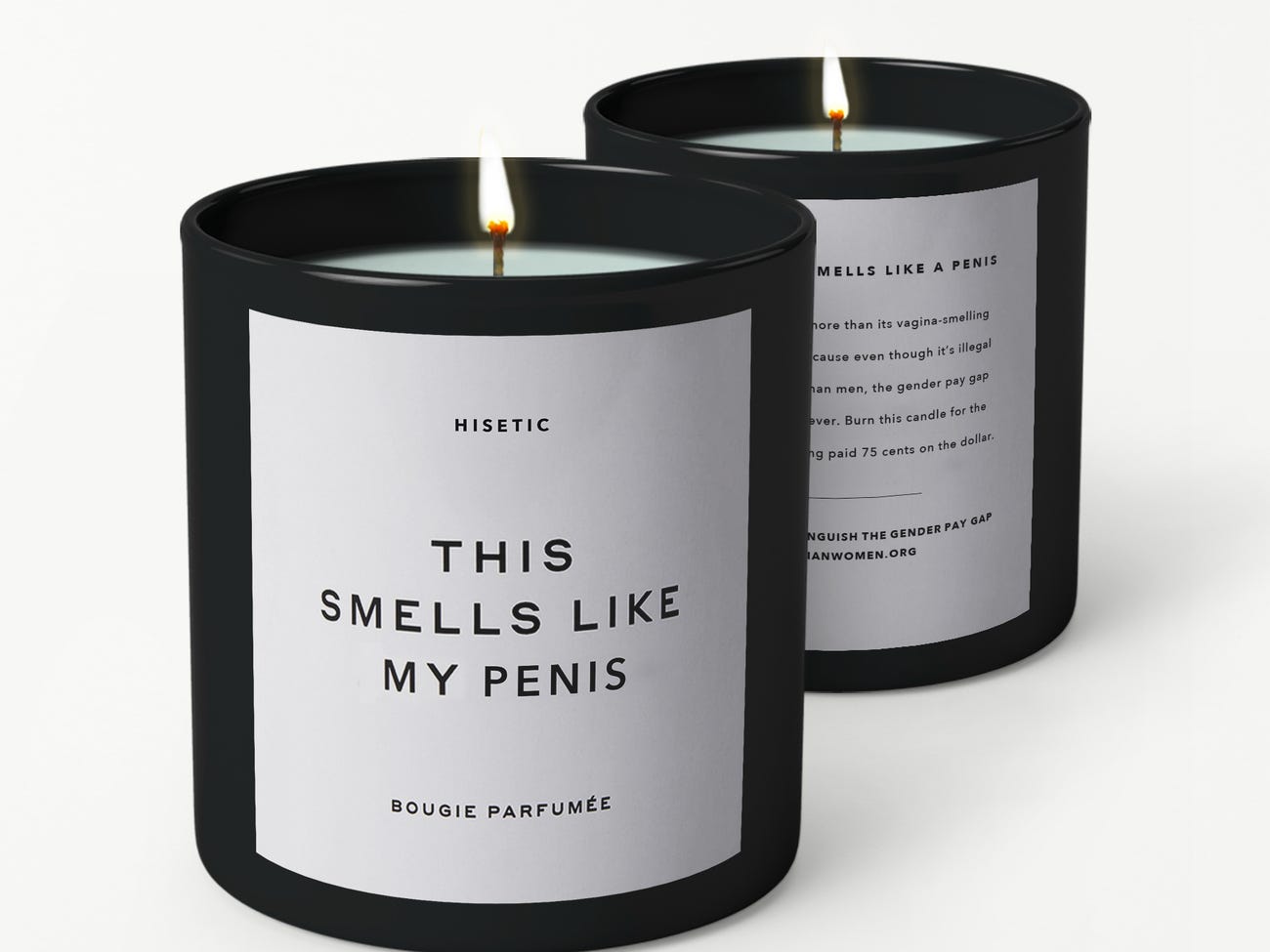 Now, there is another genital-themed candle hitting the market.

For those inclined, a $100 candle called “This Smells Like My Penis” will soon be available to purchase online.

It is exactly the same scent, shape and size as Goop’s candle, but this one, made by a Canadian ad agency, is designed to raise awareness about the gender pay gap in Canada.

“The Smells Like My Penis candle is no different from The Smells Like My Vagina candle, except for no apparent reason it’s worth 25% more,” Allegra Weisenfeld, a junior copy writer for Taxi Agency, told Insider.

According to the Canadian Women’s Foundation, white women in Canada are paid 75 cents for every dollar a man makes, and women of color are paid even less.

The company has not yet published the candle’s scent notes or ingredients, but it is available for preorder on the company website.

Some women earn up to 70% less than men. Data shows it could take 202 years to close the gender pay gap.

The gender wage gap isn’t just a Canadian concern. According to the World Economic Forum, women get paid 63% of what men get paid, and in some countries like Iraq and Syria, the gap stretches up to 70%. However, the WEF estimates the global wage gap would take 217 years to fully close.

“It’s a topic that seems to have mostly faded from public discourse, with many calling it a ‘myth,'” Wiesenfeld said.

“With the candle, we want to hammer home the point that [Canadian] women are still paid 75 cents on the dollar for the same work.”

The back of the candle leaves shoppers with the same messager of equity: “The gender pay gap smells as strong as ever. Burn this candle for the scent of women getting paid 75 cents on the dollar.”

Source: Penis-scented candle was made in response to Goop’s vagina candle – Insider