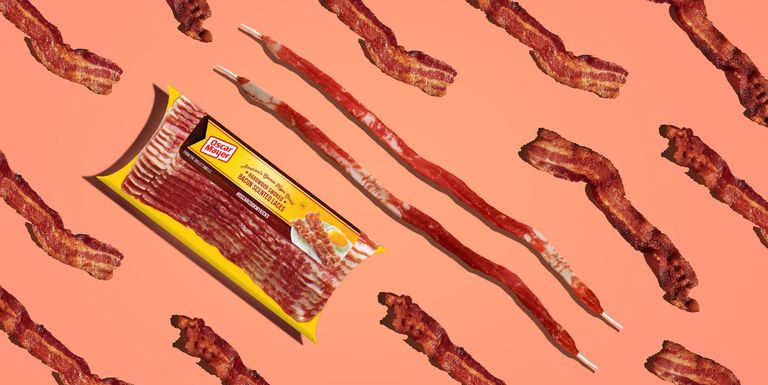 If you love bacon, but eating it just isn’t enough, now you can wear it on your feet — or at least, you can wear shoelaces that smell like bacon.

On Friday, Oscar Mayer announced that it has created bacon-scented shoelaces and will be giving them away to fans for a new sweepstake.

The brand — famous for its processed meats and Wienermobile — launched the giveaway on social media on Friday to celebrate Nike’s Air Max Day, when the shoe company re-released its Air Max Bacons.

According to the contest rules, Oscar Mayer will be giving away 1,500 pairs of the scented shoelaces.

Fans who are 18 or older just have to tweet the hashtags #OscarCookMyKicks and #Sweepstakes before April 1 to enter.

Winners will be randomly selected “on or about” April 2, the contest rules say.

“There are few things better than the delicious smell of freshly cooked Oscar Mayer bacon, but you shouldn’t have to turn on the stove to fill your nostrils with the heavenly scent,” Megan Lang, Oscar Mayer’s associated director said in a statement, per Thrillist.

Oscar Mayer is giving away 1,500 pairs of shoelaces that smell like bacon for a new sweepstake, the brand announced Friday. (iStock)

“We know bacon lovers can’t get enough of it, so we’ve created these bacon-scented laces to give fans the chance to carry their bacon love everywhere, whether they’re styling the hottest new sneakers or sizzling up an old pair of shoes,” Lang added.

Source: Oscar Mayer makes bacon-scented shoelaces, will give them away to fans