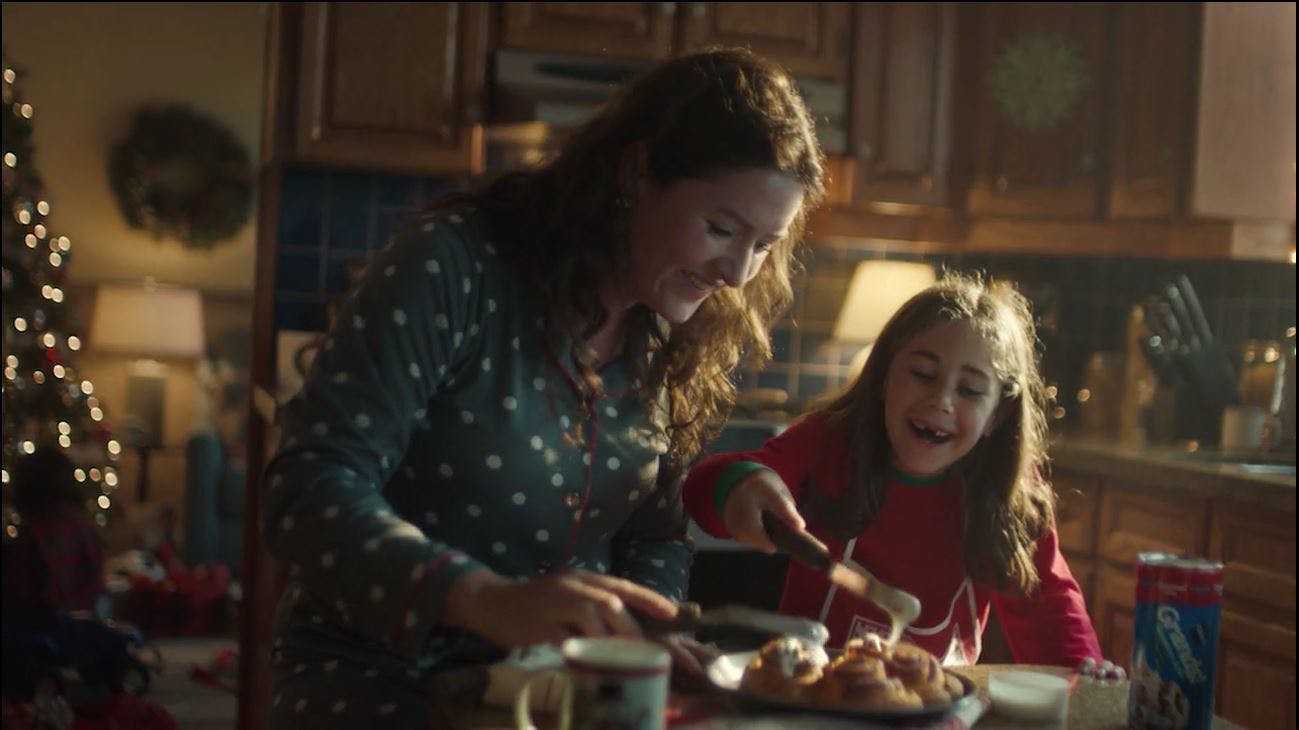 Not so subliminal: Pillsbury cinnamon roll smells to be pumped into movie theaters | StarTribune.com

By msensory team07/12/2018No Comments
The smell of freshly-baked cinnamon rolls, which makes mouths water and wallets open, may soon waft through a movie theater near you.
With a new campaign for its Pillsbury refrigerated-dough products during the holidays, General Mills will give commercials in movie theaters an extra touch by pumping that alluring scent as cinnamon rolls appear on screen. Of the nearly 200 theaters where the commercials will air, about 25 will get the smelly kick, including seven in Minnesota.

“Think of it as a great, big air freshener,” General Mills spokeswoman Tammy Swanson said. “It pumps on low during the commercial and then turns off afterward so the smell dissipates.”

The campaign, which started Nov. 23, marks the first time General Mills has employed scent machines in theaters to sell a product. The machines will have to be turned on and off manually and quickly — the commercials last just 15 seconds.

The scent is not derived from actual cinnamon rolls; it’s a cinnamon-based essential oil.

The commercials will run before “The Grinch” and other family-friendly films with a G, PG or PG-13 rating in coming weeks. Golden Valley-based General Mills said it is targeting U.S. markets where refrigerated dough products sell well.

A scene from Pillsbury’s latest ad campaign shows a mother and daughter baking cinnamon rolls. In some theaters where the ad runs, the company will use scent-diffusing machines to waft a cinnamon smell.

It’s an example of scent marketing, or using odors to sell products. Cinnabon is a classic example, with its ovens placed just behind the counter so the smell permeates shopping-mall corridors. Lush cosmetics keeps its products unwrapped so the aroma can escape. The hospitality industry has gotten into the scent marketing game with its signature aroma blends that hit customers as soon as they walk through the door.

Moviemakers have long experimented with machines that blew scents at viewers in a darkened theater. One of the most notable took the name “Smell-O-Vision” and was used in some theaters for a few years starting around 1959 with a film called “Scent of Mystery.” Today, manufacturers have developed more sophisticated air diffusion devices to spread scents in stores, spas and other settings.

Several scientific studies have concluded smell, more than any other senses, is linked to memory recall. Pillsbury’s new campaign, called “Made at Home,” depicts scenes designed to trigger memories of times spent with friends and family that included baking and fresh rolls.

The campaign also includes two-page magazine ads in Better Homes & Gardens and Parents with a scratch-and-sniff pad that emits the cinnamon roll smell.

In theaters that have the scented commercials, Pillsbury ads will also be attached to the backs of seats and a large cardboard cutout of its Dough Boy will be placed in the lobby.

Kristen Leigh Painter covers the food industry for the Star Tribune. She previously covered growth and development for the paper. Prior to that, Painter was a business reporter at the Denver Post, covering airlines and aerospace. She frequently writes about sustainable food production, consumer food trends and airlines.

Source: Not so subliminal: Pillsbury cinnamon roll smells to be pumped into movie theaters – StarTribune.com

Too often we underestimate the power of a touch, a smile, a kind word, a
listening ear, an honest compliment, or the smallest act of caring, all
of which have the potential to turn a life around.