I really liked Play-Doh when I was a kid. Can’t say I’ve thought about that moldable clay-like substance much since then though, except when buying gifts for children. And why would I? Adults aren’t exactly the target audience for it. Or at least they weren’t until now. Hasbro has released a new line of Play-Doh for grown-ups. It’s exactly like Play-Doh for kids, only these cans feature “adult” scents.

Hasbro’s new Grown Up Play-Doh six-pack (which we first learned about at HuffPost) is the latest kid’s product to be re-imagined for people who claim dependents instead of being one. The only major difference between this stuff and the version aimed at kids are the colors and aromas. This set of modeling compounds comes in “intriguing” and “relatable” smells aimed at a more mature consumer. They include:

“Mom Jeans” and “Lord of the Lawn” are legitimately intriguing. But “Grill King?” Uh, yeah, we’re probably okay without a smoked meats-scented Play-Doh. And the last thing anyone needs is their kid to get a hold of it and mash it into the carpet. 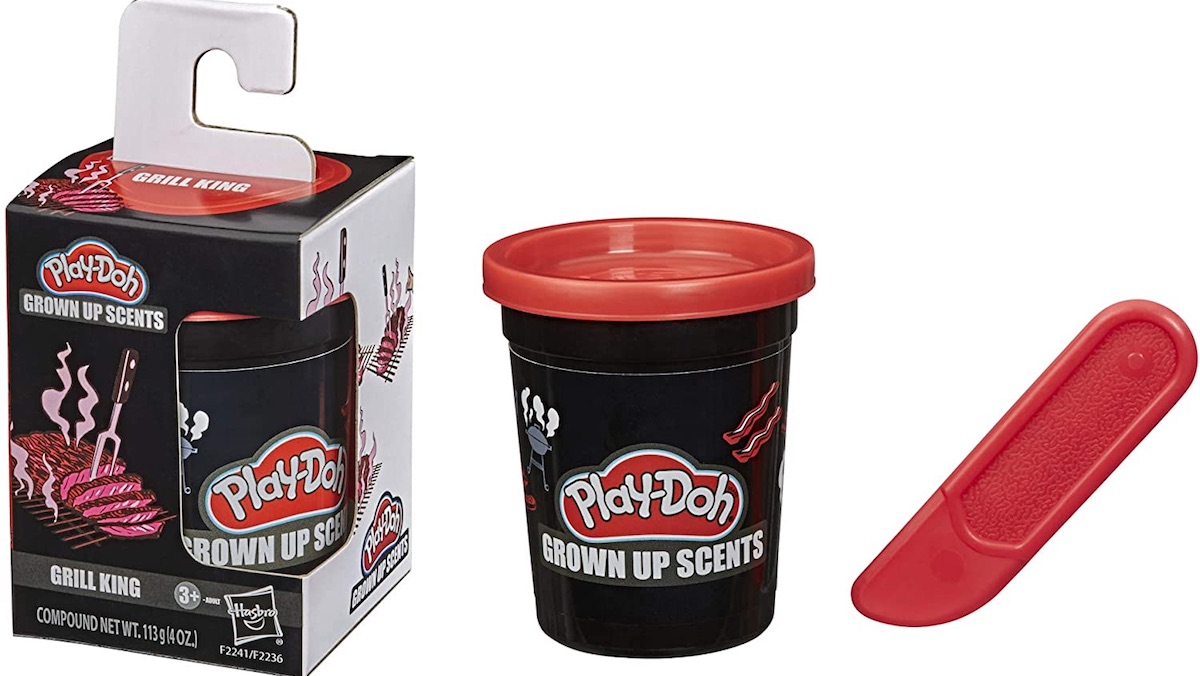 Each of the four ounce cans also comes with a matching color scheme, from the “nutty brown color of expensive coffee” to “the bright green of a healthy happy lawn.”

Hasbro is marketing it as a fun gag item. Hasbro says, “This variety pack of funny themes can also be funny anniversary gifts for mom and dad, a fun touch to your groomsman or bridesmaid gifts, and more.” Clearly lots of people agree. It’s currently out of stock at Amazon.

Wait until grown-ups find out adults can still play with Play-Doh meant for kids. It’s exactly the same, and they don’t smell like sausage.