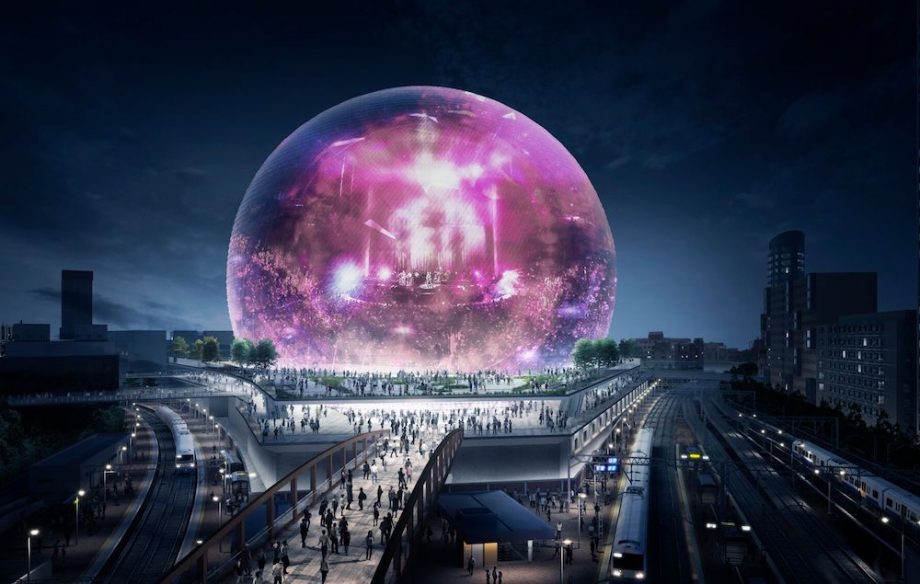 The Madison Square Garden Company have revealed details about their first venue outside of the United States.

The group looks after iconic Madison Square Garden, which hosted the Grammy Awards earlier this year. Other New York venues in its portfolio include Radio City Music Hall and The Beacon Theatre. They also operate The Forum in Los Angeles, The Chicago Theatre, and Boston’s The Wang Theatre.

Dolan said the new space aimed to transform how future venues are designed and what audiences expect from live events. “The environments and the stories told with this new medium will be impactful,” he said. “We’re just beginning to imagine where we’ll take our audiences.”

He continued to say the Sphere would draw the “finest storytellers, artists and content creators from across the globe”, and that the MSG Company are creating venues that will become platforms “that will connect thousands of attendees to the subject matter in a way that will resonate as never before.”

The MSG Sphere London, which follows the announcement of a similar venue in Las Vegas, will feature a “scalable capacity of more than 18,000 guests” and will be located in Stratford, east London. MSG is hoping to submit planning applications by the end of the year. It claims the new venue will generate thousands of jobs and contribute £2.7 billion to the UK economy over 20 years, as well as more than £50m revenue for businesses in Newham.

Designed by Populous, the MSG Sphere will take the form of a crystal ball-shaped steel structure with a fully programmable LED exterior and ultra HD 15,000 square-meter displays inside. Both will be used to give crowds multi-sensory experiences.

Mayor of London Sadiq Khan is said to have welcomed the new plans for the venue, calling them confirmation of “London’s position as a music powerhouse”. However, promoters AEG have issued a statement expressing concern over the Sphere’s close proximity to venues like The London Stadium and Copper Box Arena, as well as their own The O2.

An AEG spokesperson said: “AEG understands competition in the live music industry and does not oppose the principle of a new music venue in London. However, there is a question mark over whether such a venue should be located in east London, so close to existing venues.”