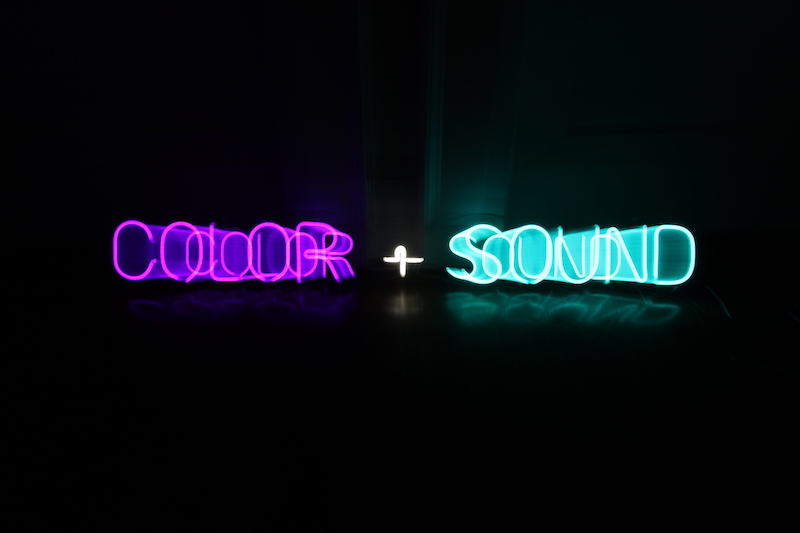 COLUMBIANA – The Shelby County Arts Council’s new gallery will open a week before the gallery’s very own muse will perform at the Song Theater.

On Thursday, July 28 SCAC will officially open its Color + Sound gallery to the public. The exhibit is based on two-time Grammy-winning Birmingham artist Dave Crenshaw’s album of the same name.

A musician his whole life, Crenshaw began experiencing issues with his sight in 2020 that eventually led to vision loss. Color and Sound is an album Crenshaw created based on his synesthesia, with each song named after the color he visualizes when he hears it.

Synesthesia is described as a perceptual phenomenon where someone is able to experience one of their senses through another. For Crenshaw, that means he has the ability to see colors when he hears sounds.

The art exhibit itself came to life when curator and artist Lindsay Dyess heard the album and wanted to further expand on the album’s themes by creating a multi-sensory tactile art experience.

“This artwork is unique because we wanted to create a tactile art exhibit that someone could touch or that makes noises. It’s just something interactive that even a blind or a deaf visitor could still enjoy the artwork,” Dyess said.

Each artist featured in the exhibit was randomly assigned a color to portray in their work, and they were encouraged to use as many textures and interactive items in their pieces to increase accessibility to blind and deaf viewers.

According to SCAC, the exhibit puts an emphasis on accessibility to all people, and it encourages guests to touch, explore, walkthrough, stand in and immerse themselves in each of the installations to better understand each piece.

Additionally, Crenshaw himself will be at the exhibit the night of its opening and have an artist talk with attendees. On Saturday, Aug. 6 Crenshaw will perform his Color and Sound album live in the Song Theater at the Shelby County Arts Council. During his performance, visuals will be projected on a screen on stage to enhance the performance.

“Keep an open mind,” Crenshaw said about the experience. “Come and be prepared to experience music through color and sound.”

The artists that will have work featured in the exhibit include Lindsey Dyess, Katlyn Cole, Bethany Moody, Jimmy Howard and Dan Copeland.

The sensory-based exhibit will open on Thursday, July 28 with the reception taking place from 6-8 p.m. Complimentary snacks and drinks will be available. Color + Sound will be open for the public to visit until Sept. 22. The SCAC gallery hours are Monday through Thursday from 10 a.m.-5 p.m. and Wednesday from 11 a.m.-5 p.m.

Those interested in setting up a group tour of the gallery for a group of people, an organization or school group can email info@shelbycountyartscouncil.com for more information.