Olivia Ikey Duncan and Niap say their multisensory play isn’t like people in the South have experienced before.

It takes place in Nunavik and the main character is the radio.

Through their stage performances, Niap (who only bears one name) and Ikey Duncan share the culture of the north in a play entitled Alaapi – an Inuktitut word meaning be still so you can hear something beautiful.

The Inuktitut play has English and French subtitles and was performed last month in Sherbrooke and at the National Arts Center in Ottawa.

On November 11, it will be in Montreal at the Théatre Rouge du Conservatoire D’Art Dramatique to perform for an international audience at the CINARS festival, one of the most important performing arts conferences in the world. There are no more tickets available for that staging.

Emphasize the role of radio and community

alaapic started as a podcast of young Inuit women talking about their daily lives, hopes and dreams.

Produced by Marie-Laurence Rancourt, it was then turned into a live performance, directed by Laurence Dauphinais, to showcase the women’s experiences and the central role of radio.

The piece is unconventional, Niap says, because it appeals to the audience’s sense of smell, as well as the usual sight and sound.

“There’s a point in the play where it’s completely dark and you don’t see anything… Theater is always in action and you see everything that’s going on and you [are] always watching. While this piece is very, very contemplative. We’re bringing the pace very slowly,” said Niap.

LOOK | You can watch the trailer of Aalaapi here:

During the performance, the stories and messages of the North will be shared via the radio. It illustrates its central role in communities, said Ikey Duncan.

“It’s still a level above Facebook,” says Ikey Duncan. “It’s always on… When I need it… [Niap] to call me or pick up my daughter from nursery, I’m going to call the radio and say, ‘[Niap], you have to go pick up my daughter.’ And they’ll announce it and she’ll most likely listen,” Ikey Duncan said with a laugh.

Niap says there’s a playfulness to the home radio that encourages community. At Christmas, people call each other to wish each other a happy holiday and play games in the air – something that’s especially important for those who don’t have access to Wi-Fi.

“My mom doesn’t have Wi-Fi… So that’s hard. The radio is the main line of communication,” Niap said.

Ikey Duncan says this project is bringing that sense of community in Nunavik to people in the south.

“Alaapi brings the pace of home, the sounds of home back south… it’s to let the audience relax and take them to the Arctic for an hour and a half,” said Ikey Duncan.

Ikey Duncan first became involved with the play in October 2022 after seeing a performance in 2019 while still a student.

“It felt like coming home,” said Ikey Duncan. She says she worked on spoken word pieces with Niap before joining the cast.

“This is new to me… I’m not an actress at all. But it’s home, that’s the thing. And we’re not acting like Romeo and Juliet or we’re not playing something made up. We’re performing like it’s the real life is.”

She says the play, while scripted, is conversational and casual—a performance that ultimately focused on “two women listening to the radio in their cabin making bannock.”

The podium is set up to look like the facade of a house. Images of maps, ancestors and cultural activities are projected onto the house, playing in the space around the windows.

“The only action you see on stage is behind the window. So you’re kind of a voyeur looking through this window of this woman’s house,” Niap said.

Two artists from Nunavik talk about a multi-sensory play called Aalaapi that recently debuted at the Ottawa National Arts Center.

Niap says this play encourages audiences to see Nunavik through a different lens by identifying problems in the north and their efforts to ensure “a good future.”

Niap says this message starts even before the actors walk on stage, as the audience shuffles to their seats and talks loudly to each other.

“They’re probably talking about what they’re doing tonight, tomorrow, or this week, or talking to their friends while they wait for the show to start and you hear on the radio that it’s already playing,” says Niap.

In the Inuktitut, an announcement rings out through the crowd: “We want everyone to know that the water is not something you should be drinking right now… Boil it for at least a minute. And if you are pregnant, please don’t drink the water. water and give it to your young babies.”

The kicker, Niap said, is that no one is listening. She says it illustrates how people from the South are often “oblivious to the struggle.”

“It kind of shows that there’s a divide between the south and the north, and that’s what we’re trying to do… raise awareness of who we are as people today in a modern society,” Niap said.

“I think people should realize that we are a struggling people, but we have hope and we are doing our best to have a good future.” 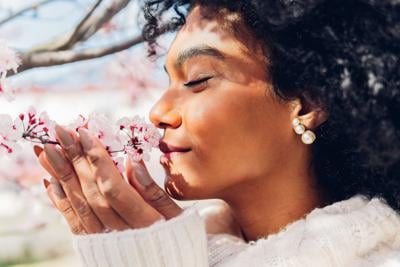