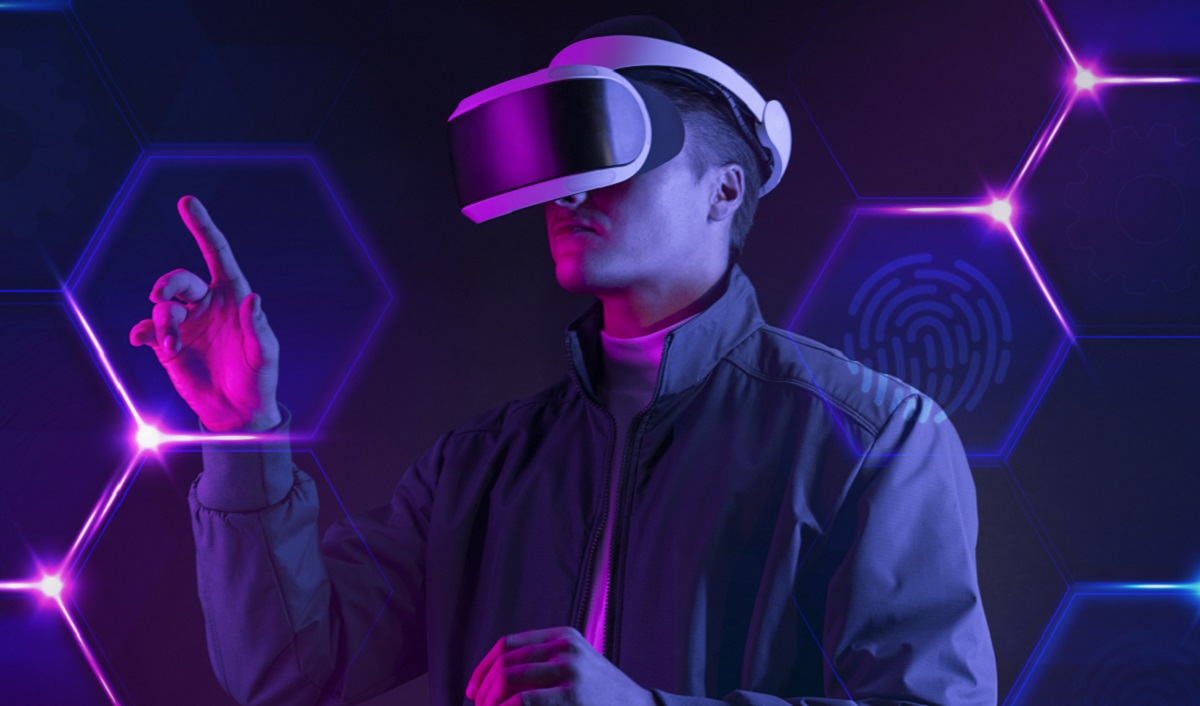 Metaverse: The future of (Virtual) reality | The Financial Express

By msensory team12/04/2022No Comments
Metaverse is an integration of physical and virtual realities.

With the help of AR and VR, partnerships imitating the real world would allow the users to experience tangible conditions somewhat unrestrained by the laws of physics.

Metaverse is more than a mere IT buzzword; it is a rapidly emerging (virtual) reality that may have a life-altering impact on us sooner than later. The renaming of Facebook to Meta brought the Metaverse under the spotlight. The social media giant has promised to become a mecca of Metaverse. However, it would be interesting to see how the development of the digital world transpires after such grand inception.

Metaverse: From a sci-fi concept to reality

Neil Stephenson coined the term for the first time while referring to a dystopian digital reality where it has become impossible to live in the real world; the only escape is a digital world called Metaverse. However, the real Metaverse is not a substitute for the actual world but an integration of physical and virtual realities that would enable a realistic peer-to-peer exchange in the digital world. With the help of AR and VR, partnerships imitating the real world would allow the users to experience tangible conditions somewhat unrestrained by the laws of physics. Conceptually an array of activities like working, running, traveling, or shopping would be possible on Metaverse. The web that we use today lags on several counts; Metaverse could be a solution to all its lacunae. The commercially viable, multi-sensory, and interoperable channel provided by Metaverse could be a binding glue that would tie all the loose ends of the current web.

As a technology, the Metaverse would combine different aspects of AR and VR. The space and time on a Metaverse app would appear similar to the real world. When we interact in the physical world, visual, auditory, and dynamic exchanges happen. The Metaverse platform is believed to make a similar experience possible in the digital world to facilitate digital collaboration.

Interoperability to be a prominent factor

If the applications are interoperable on multiple platforms, people would be able to embrace Metaverse rapidly; it would witness a quick adoption as this would allow operational flexibility to users. However, interoperability would also depend on who is developing the application, if it is a start-up dedicated to Metaverse or a legacy giant. A range of toolkits is available to nurture this future reality. Unreal Engine, Amazon’s Sumerian, Maya, Unity, and Blender are some of the prominent developer toolkits.

A report by Bloomberg Intelligence states that the Metaverse tech marketplace would touch the threshold of $800 billion by 2025, and in all probability, it would cross the $2.5 trillion mark by 2030. The industry has been receiving a tremendous response from different segments, which would transform virtual reality technology and the future.

Major players and their Metaverse projects

Every large technology company is jumping the Metaverse wagon. Meta colonies of different shapes and sizes are spreading their wings in anticipation of a flight into the future. Several companies are developing Metaverse projects that can be the torchbearers of this technology. Microsoft, NVidia, Facebook, Epic games and now Appinventiv are some of the leading players who have already forayed into the domain. While they are all working on Metaverse, their products are different and the impact they will have. We can expect several Metaverse micro-colonies in the future.

Blockchain, augmented reality, and virtual reality are some of the prominent technologies that are playing a role in shaping up Metaverse.

Until recently, people had started writing-off cryptocurrencies as a useless implementation of blockchain technology with no practical application. However, the emergence of the Metaverse is changing the scenario. In virtual environments, digital currencies can be used to boost the purchase and sale of assets. While establishing ownership and authenticity is possible with Non-Fungible Tokens (NFTs), blockchain can validate the credibility, storage, and transfer value in the Metaverse.

Augmented Reality and Virtual Reality are indispensable to the existence and growth of the Metaverse. AR functions through three fundamental techniques: real-time interaction, 3-D visualization of objects, and coupling real and virtual environments. AR can be used on any camera-enabled device, and hence they have an edge over VR apps. Their rate of adoption is high. Consumers do not need additional wearables to experience the utility of AR.

VR provides a completely simulated artificial digital world experience. With VR, users can experience sensory experiences similar to physical reality. VR is more expensive than AR, and additional equipment such as a head-mounted display or multimodal projection screen(s) are needed. A combination of AR and VR is popularly known as extended reality (XR); it is this that the users would experience in Metaverse VR apps.

Artificial Intelligence, Machine Learning, 3D reconstruction, and the Internet of Things will have a significant impact on Metaverse technology. IoT, AI, and ML interoperating together with the internet can yield seamless data integration and limitless interactions, which will be an inalienable necessity in the Metaverse.

Currently, there is no super-moderator or regulator for Meterverse. If at all a body is formed to regulate things, it would be interesting to see how virtual identities are authenticated and privacy control mechanisms are established. These factors need the cumulative efforts of all the large companies and nations. Adding protective layers is necessary to ensure data protection, and governments need to act before it’s too late.

It cannot be denied that the Metaverse would unimaginably alter our lives. Facilitating existence beyond reality, Metaverse would help us live our dreams that we cannot realize in our real lives. The way large tech companies are striving to grab a pie of this new technological advancement, users would have ample options to choose from, and they would not be forced to stick to limited options. However, Metaverse at present is like the internet of the 1990s; it needs several leaps of developments before gaining widespread use.

Source: Metaverse: The future of (Virtual) reality | The Financial Express