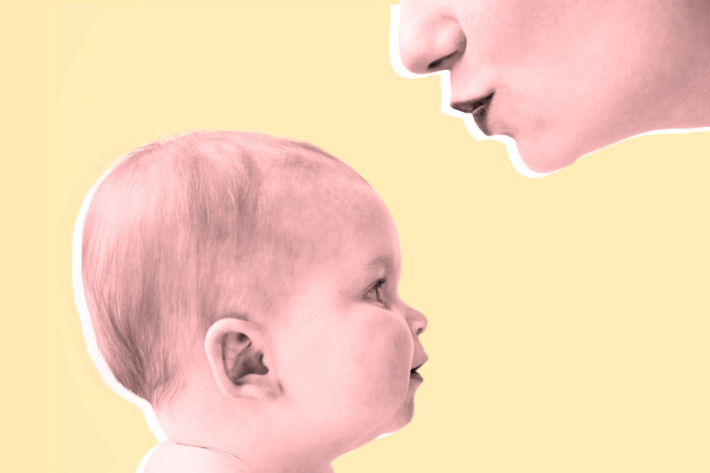 Many people, mainly parents, will say that the baby odor is one of the most pleasant/best odors they have ever smelled

Baby heads smell amazing. I should know — I’ve had three babies, and with each birth, I’ve found myself intoxicated by the warm funky scent of that downy newborn crown. It’s not just me, either; I’ve had friends, family members, even strangers ask to sniff my children’s heads.

There’s a reason for that, and it’s not just that a bunch of adults all happen to be weird in the same way. As research has shown, that blissful baby smell is real, and it’s a valuable little biological trick for keeping babies alive.

“As anyone with a baby knows, newborns are not too much fun to be around. They sleep, eat, and make you change the diapers. Still, most if not all parents say that having a baby is one of the greatest experiences,” says physician Johannes Frasnelli, an anatomy professor at the University of Quebec. “So, of course, there must be mechanisms which allow for a very strong bond between parents, especially mothers, and the baby. We think that the odor of babies is involved in one of these mechanisms” — that babies draw in parents with their scent to ensure they’re kept fed, warm, and safe.

“In fact,” he adds, “many people, mainly parents, will say that the baby odor is one of the most pleasant/best odors they have ever smelled.”

In 2013, Frasnelli co-authored a study in the journal Frontiers in Psychology that looked closely at how women responded to the scent of newborn body odor. He and his colleagues recruited 30 women, including 15 who had just given birth and 15 who had never, and had them each smell the scent of an unfamiliar newborn who was less than 2 days old. The results confirmed what moms everywhere already know: Baby smell is mesmerizing. Brain scans of the participants showed that “body odors from 2 day-old newborns elicit activation in reward-related cerebral areas in women,” the study authors wrote. In fact, it didn’t appear to matter whether the subjects had previously given birth or not; the brains of women from both categories reacted to the baby smell as if it were a delicious treat, or even a drug.

Although smell works in tandem with sight and touch to help mother and baby bond, Frasnelli explains, it’s the sense whose work is the least visible: “We are much less aware of [odors],” he says — but even so, smell flies under the radar to do plenty of heavy lifting, with close ties to memory, learning, and emotion. “Everybody can tell an anecdote how a particular odor triggered memories and/or emotions, and, as in the baby odor study, reward.”

Researchers aren’t entirely sure what causes that baby smell, though there are a few theories: Some speculate that it comes from their sweat glands, or that it’s the lingering scent of vernix caseosa, the substance that covers babies when they’re born and is washed off after birth.

But scientists do know this much: Scent-based bonding goes both ways. As Frasnelli and his colleagues noted in their study, every inhale contains a host of complex, invisible olfactory signals for our brains to unravel, and our bodies are constantly pumping information into the air via odor — about our stress levels, disease, even relationships with other people. Past research has shown that babies can differentiate between their mother’s milk and milk from other women based on its smell, and even prefer clothes worn by their mother. Mothers, meanwhile, find the scent of their own child’s poop more enjoyable than that of other babies. (If that’s not love, I don’t know what is.)

All of which feels pretty satisfying, in a way. It means that while other people may have loved to sniff my babies’ heads, I, as their mother, was the one who enjoyed it the most — and the one who got the most use out of it, forming a stronger bond each time I took a whiff. The smell may only last for a few weeks after birth, but by the time it went away, I was already hooked.

Source: Why Newborn Babies’ Heads Smell So Good — Science of Us