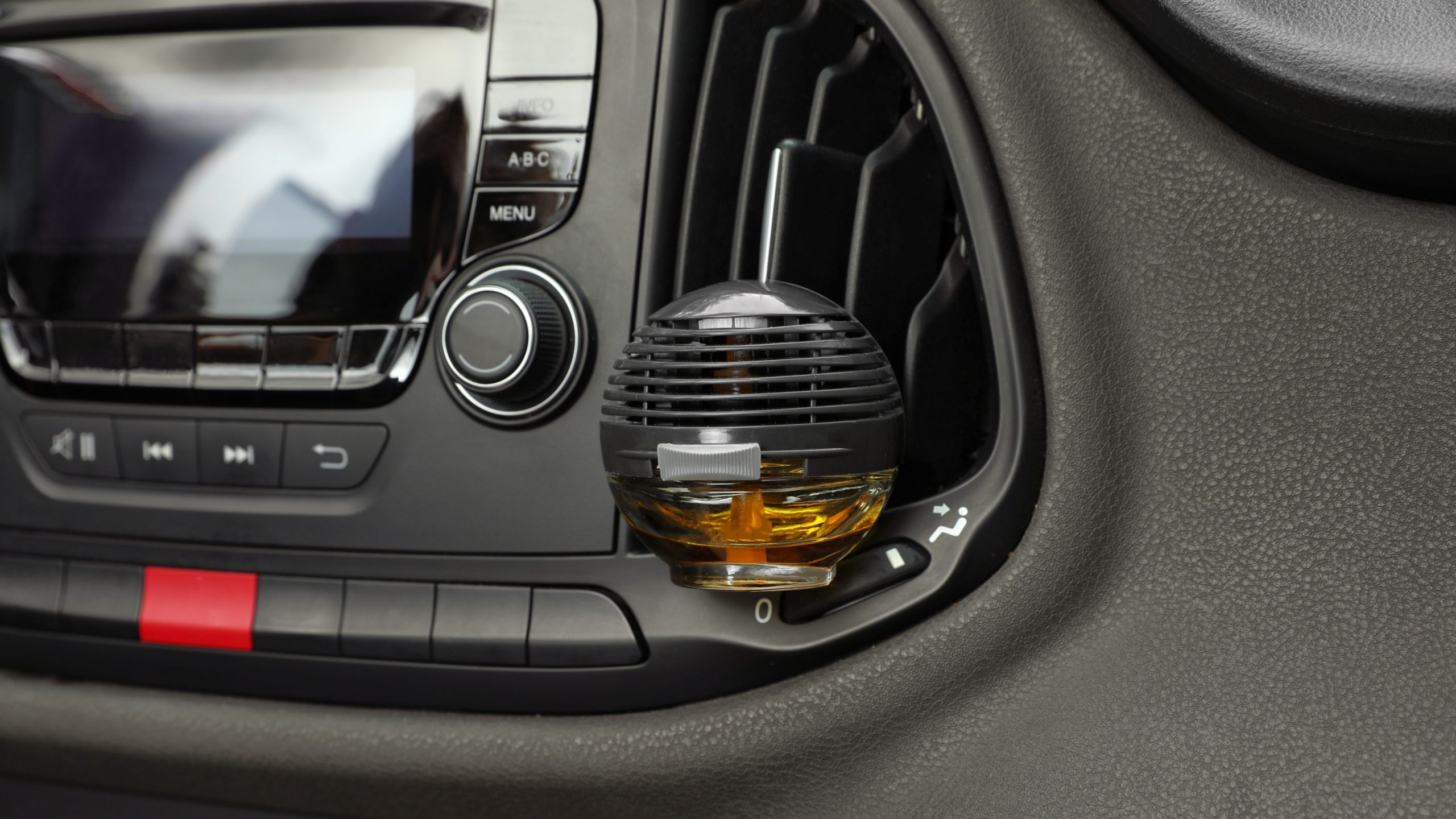 There is something about getting behind the wheel of a car that can make a normally rational human being lose their cool — especially when someone cuts them off or “steals” their parking space. Worst-case scenario, this can erupt into full-on road rage.

But several studies have found a link between scent and road rage. Could the key to keeping calm behind the wheel be found in our olfactory senses?

“Scent is so important to our emotions and our memories,” said Ainsley Hawthorn, an expert in sensory studies based in St. John’s, N.L. The olfactory bulb is closely connected to the limbic system — the area of the brain that influences our emotions and basic drives. That means we make strong connections between smells and experiences that then become part of our long-term memories.

“By and large these scent associations are pretty individual and culturally specific,” Hawthorn said, pointing out that there is, surprisingly, no universally recognized bad smell. “However, certain smells have common responses in different people, and one example of that is lavender.”

A 2019 study published in the Journal of Pharmaceutical Health Care and Sciences found that, by testing stress markers in saliva, the scent of both lavender and grapefruit reduced stress by acting on the immune and autonomic nervous systems. Lavender, in fact, has an active compound called linalool that binds with receptors in the brain similar to how tranquilizers work.

So, when it comes to road rage, is there a way to create a consistently calming environment? “The idea of creating a scent environment that’s conducive to putting you in a state of calm concentration is probably a good idea,” Hawthorn said.

When you experience road rage, your body tends to be stressed and reactive, “so choosing oils that are uplifting, but also put you in a good mood, are really important because then you’re not as likely to react in the moment,” said Leah Morgan, a clinical aromatherapist and founder of Healingscents Aromatherapy in Gibsons, B.C.

While it may sound like new-age mumbo-jumbo, there’s science to back this up. When inhaled, essential oils travel instantaneously through the nasal cavity up into the olfactory bulb and into the limbic system. The nerve impulses in the limbic system lead to other areas of the brain that are responsible for secreting hormones and regulating body functions.

“The entire process from initial inhalation to corresponding gland secretion takes place in a matter of seconds,” Morgan said. That is why a simple inhalation can reduce stress, elevate mood and stimulate the immune system.

“Oils in the citrus family are beneficial as they tend to be refreshing, uplifting and helpful for reducing anxiety. The tangy, sweet-yet-tart aroma of wild orange is a personal favourite of mine,” Morgan said. “Grapefruit or lemon would also do the trick.” Other oils that sharpen the senses and clear the mind include peppermint, spearmint, rosemary and ginger (coincidently, most of these oils are also helpful for motion sickness).

A 2009 study published in the North American Journal of Psychology found that cinnamon and peppermint both led to increased alertness and decreased frustration when driving, while peppermint also reduced anxiety and fatigue. The study suggests that, “administration of these odors over prolonged driving may prove beneficial in maintaining alertness and decreasing highway accidents and fatalities.”

But you may want to avoid any oils that could be too relaxing, said Morgan, such as lavender, clary sage, marjoram or chamomile. By the same token, certain scents can cause anxiety because of associations from past experiences, Hawthorn said. The scent of peppermint might remind one person of candy (positive association) and another of medicine (negative association).

To create a sensory environment, Morgan recommends using an ultrasonic aroma diffuser that plugs into a USB port or vehicle lighter plug; this will diffuse the oil into the air without the use of heat, keeping the integrity of the oil intact.

Morgan also warns against the use of synthetic fragrances. “Chemists attempt to isolate the highly complex natural chemical compounds found in nature and reproduce them synthetically using petrochemicals,” she said. “Not only will they not offer therapeutic value to the mind or the body, but they can cause more harm than good. Consumers are learning that petrochemicals can be carcinogenic as well as endocrine disruptors.”

Synthetic fragrances or poor-quality oils that are thinned or adulterated could result in respiratory problems, headaches and olfactory over-stimulation — all of which won’t help agitated drivers kick their road rage to the curb. Morgan said a general rule of thumb when it comes to purchasing essential oils is, “If it’s cheap, don’t buy it.”

As Automobiles Get Cleaner, ‘New Car Smell’ Is Likely on Its Way Out