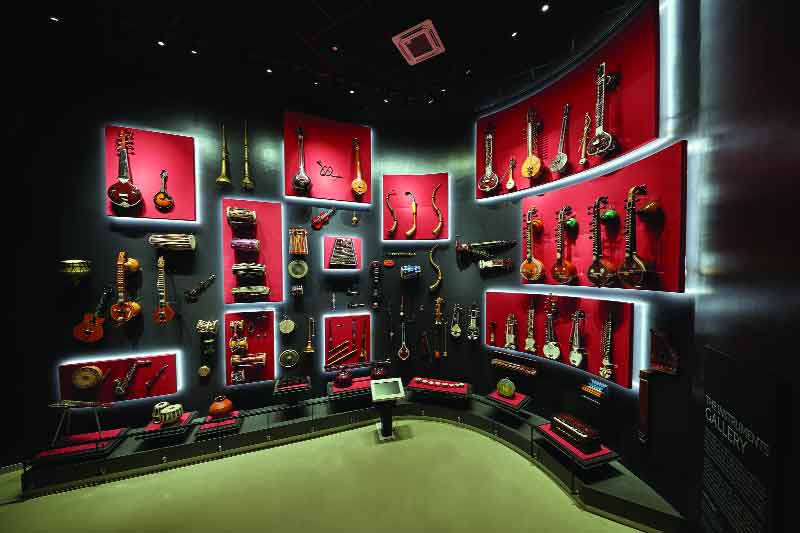 By msensory team20/08/2019No Comments
Museums are all set to embark upon a journey to make your visits more sensory and experiential, says Chahak Mittal

Do not touch,” “Stay away from the exhibit,” — these are some of the signs that you are most likely to encounter at museums. But the idea that artefacts, repositories, specimens, sculptures and other objects which represent history should be encased in glass or placed behind frames in order to take care of the basic hygiene is changing. The thought that some of them even require environment-friendly conditions with suitable light and temperature to sustain certainly belongs to the past. As does the belief that if you are really curious to experience the artwork more intensely, you should put your hands behind your back or inside the pockets to ensure that they don’t get damaged. It is time now that we take certain measures to throw light on experience than preservation and sustainability.

The idea is borne out of the belief that we can never be really moved by static objects to learn more about history associated to them. There might be description notes ahead of each illustration or visual. But they might not always provide the answers. This is one of the reasons why the concept of interactive museums is coming to fore. So how does it enhance a visitor’s experience without taking away the natural, historic and cultural insights that museums work so hard to preserve? Saurav Bhaik, founder and CEO of Tagbin, an initiative to create experiential spaces, says, “It creates a tangible experience for the visitors whilst keeping its preservation untouched. The idea followed after a few museums and art galleries around the world used the technology to create a more interactive and immersive experience.” The debate on interactive museums triggered in the city when recently the Archeological Survey of India (ASI) installed the Azaadi Ke Diwane Museum at the Red Fort, which celebrates unsung heroes of the country’s freedom struggle. Through multi-sensor technology, the exhibition allows viewers to engage with the exhibits directly through informative and digital visuals.

The Centre for Indian Music Experience (CIME), Bengaluru, the first museum dedicated to music, has made sure it didn’t give the audience some monotonous collection to observe and move ahead. It had to be more verbal and aural than just visual, and experiential than material. Suma Sudhindra, director, had enabled and curated the museum through documentaries, interactive games, melodies combining the Western and classical Indian music, sing-along kiosks that explain niche music genres and traditional gharanas. It has touch-sensitive installations of chimes, gongs, bells and reeds that are set to twelve musical notes. The museum allows the viewers to come, “create and experiment their own tunes.”

Astral, an illustration by Australian illustrator and designer Stuart Campbell (popularly known as Sutu), which recently featured a sequence of 21st century tableaux gives participants the sense that they are actually stepping into the paintings.

Well, another reason, as Bhaik lists, that there is a need for interactive museums is because they highly attract millennials, which is the most “impatient lot, who get weary of numb and static things.” He says, “They are always hunting for something that can trigger and allure them.” Indeed, to them, statues can seem aloof in glass cases, paintings might appear bleak in poor lighting and artefacts could look like just some objects from history with information on scraps of paper ahead of them.

So what could be one intelligent way to make the static alive? As Bhaik visited the British Museum Gallery in London, he felt that many visuals were hidden from the view. The “treasures” were displayed in the same manner. He says, “And with each passing object, people seemed disinterested, peeking into their mobile screens or moving past the labelled descriptions since it did not make them curious to know more.”

Based on his observations at the museum, he suggests, “It’s important to improve its informative appeal more than its visual basics. Design a room where we can proactively connect with culture and history. A one-to-one interaction with the visitors could be very informative. Here, linking time and space, past and present with the dynamics of technology can present stories about the significance of history as well as future.”

Nilofar Shamim Haja, ex-editor of an architectural magazine, writes in her blog about the future of augmented museums, “Visitors would have digital entry codes embedded in their mobile tickets and a mobile-, AR-, or holograph-based tour would guide them towards exhibits that match their interests (sports, art, textile, cuisines). A home-based audience can browse through a museum’s digital collection and augment the exhibition by adding multimedia of significant events from their life that is relevant to the digital exhibit. This level of customisation looks at building multi-generational relationships with the audience.”

The 9/11 Memorial, New York, was designed using interactive techniques which walks people through the brutality of 9/11, stories of people, recreating an actual experience of the dark day.

The Santa Cruz Museum of Art and History engages people by making them a part of the past. It welcomes people to write poetry and bottle their memories with a name. It tours an interactive story of objects, rather than standing clueless in front of ancient stones, sculptures or pre-historic rock-arts.

The Jinsha Site Museum in China showcases more than 5,000 gold, jade and ivory artifacts. Its visitors can use an app to explore these relics, see how they look in 3D and learn more about what they were used for. Two particularly important examples on display are — a gold mask that appears to float up and spin in front of the visitor’s face, and a gold foil totem with images of the sun and immortal birds.

However, while digitisation has reinvented museums in the West, turning them into vibrant cultural spaces, its presence in India is still limited. And because government-funded museums have gone out of funds, private ones are collaborating with industry experts to equip spaces to make it look more relevant. The Partition Museum in Amritsar showcases a range of everyday objects and memories of the trauma faced by millions of South Asians. The museum enables the viewers to launch a mobile application where they can access videos and text related to Partition.

While latest technologies are enabling people to create something of their own and make space for imagination and thus, connect with human emotions in a myriad of ways to create an everlasting experience, the questions remains — whether Indian museums will ever be able to bring technological advancements, matching to the level of the West.