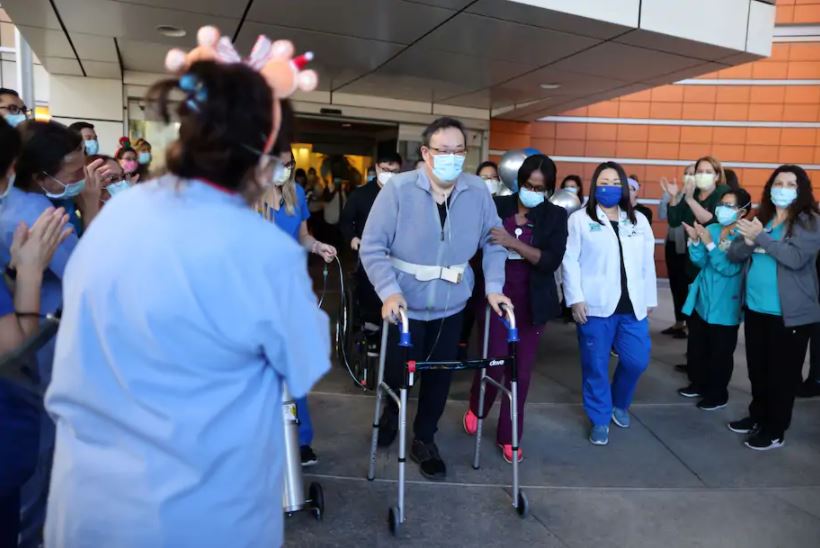 There is compelling evidence that covid-19 will have long-term effects on the brains and nervous systems of survivors as they age, and researchers on Tuesday announced a large international study to investigate the correlation between the coronavirus and cognitive decline, Alzheimer’s disease and other dementia in later life.

Decades of evidence from other respiratory viruses, along with observations of patients in recent months, suggests such infections may increase a person’s risk for Alzheimer’s disease, Parkinson’s disease and other brain disorders, according to a paper announcing the study, published Tuesday in Alzheimer’s & Dementia: The Journal of the Alzheimer’s Association.

The paper called the coronavirus pandemic “a unique — if unwelcome — opportunity” to study the effects of respiratory virus infection on the brains of covid-19 survivors.

The study, which will follow survivors over age 50 or at some sites over age 60, will be funded initially by the Alzheimer’s Association, which will also help coordinate it internationally, with technical guidance from the World Health Organization. Researchers also will seek funding in their own countries. Scientists from nearly 40 countries have signed on, and researchers hope to enroll about 40,000 participants.

In the year since the coronavirus began spreading across the globe, doctors have noted lingering post-recovery conditions ranging from brain fog and forgetfulness to anxiety, depression, and psychosis.

“Abnormal brain imaging has emerged as a major feature of COVID-19 from all parts of the world,” the paper said, adding that brain abnormalities have been observed even in a person whose only symptom was anosmia, or loss of smell.

The flu of 1918, severe acute respiratory syndrome (SARS) and Middle East respiratory syndrome (MERS) have been connected to memory impairment, sleep disruption, anxiety and psychosis. In some people, the novel coronavirus, also known as SARS-CoV-2, triggers a huge release of inflammation signals leading to blood-brain barrier dysfunction, which can promote neuroinflammation and brain cell death.

The coronavirus that causes the disease covid-19 is known to enter cells via receptors in the olfactory bulb, the brain structure involved in the sense of smell, which is why a telltale symptom of the disease is a loss of smell. The olfactory bulb connects with the hippocampus, a brain structure primarily responsible for short-term memory, according to the paper’s authors.

“The trail of the virus, when it invades the brain, leads almost straight to the hippocampus,” said Gabriel A. de Erausquin, the lead author and an investigator at the Glenn Biggs Institute for Alzheimer’s and Neurodegenerative Diseases at UT Health San Antonio. “That is believed to be one of the sources of the cognitive impairment observed in covid-19 patients. We suspect it may also be part of the reason why there will be an accelerated cognitive decline over time in susceptible individuals.”

The societal and economic ramifications could be significant because of the pandemic’s expected scale.

Between 1 and 2 percent of the world population has developed covid-19 with symptoms, and perhaps as many as 5 percent more have asymptomatic infections, de Erausquin said. It is unknown how many more will contract it, but if even a fraction of survivors have increased cognitive difficulties, the effects could be devastating, he said.

“It really worries me, because if you think that we are already, in developed countries at least, an aging population, and the rate of dementia and diseases of the brain is already likely to increase, the impact of an additional hit on the brain that can accelerate or precipitate the disease without any additional risk factors, that’s scary to think about.”

The first pandemic in modern times in which scientists noted the long-term effects of a respiratory illness on the brain was the 1918 flu epidemic. From the 1920s to the 1960s, they observed an increase in encephalitis lethargica, a brain affliction; Parkinson’s disease; cognitive decline; and psychosis.

“The conclusion was that it was tied to [the 1918 flu],” de Erausquin said. “Percentage-wise it wasn’t large numbers, but the absolute numbers were large because the pandemic was so huge.”

Similar effects have been seen in survivors of SARS, the H1N1 flu and MERS, respiratory diseases with more recent global outbreaks. They have also been associated with herpes simplex virus 1 (HSV-1), the virus that causes cold sores on the mouth and is present in 80 percent of people over 65.

Some covid-19 survivors over 60 have reported short-term memory issues and trouble completing simple tasks that they used to do without any difficulty, such as planning a meal or cooking, de Erausquin said.

“This is all very recent, so we can’t tell whether these are transitory problems or will become chronic,” he said. “That is the key question facing us, and that is really the thrust, the impetus, for us wanting to do this study.”

Researchers hope to enroll 1,000 survivors at each site, for a total of about 40,000. Some will be selected for the study from a pool of millions of confirmed covid-19 cases. Others will be people enrolled in studies already underway, including one on cognitive function at Albert Einstein College of Medicine in New York.

They will be evaluated on factors including cognition, behavior and, when possible, brain volume as measured in magnetic resonance imaging. The study will collect information over the next two to three years, with initial results expected in early 2022. Researchers hope to get funding to follow participants for five years or longer. The paper said age-related neurodegenerative disorders caused by the disease may not surface until months or years after the initial infection.

The study will look into questions such as: How common and how severe are covid-19-related cognitive problems? How long do they persist? Do they always indicate a new, separate disease or could they be an acceleration of a preexisting condition?

It will also investigate how survivors’ genetic backgrounds might influence how the disease affects their cognitive function. Covid-19 tends to strike certain groups more severely, including African Americans, Latinos, people with certain blood types, and people who are overweight or diabetic.

Participants will include both those who had mild or severe bouts of the disease. There is no evidence that having a more severe case of covid-19 puts people at higher risk for cognitive problems than those who had milder cases, de Erausquin said.

Ronald Petersen, director of the Mayo Clinic Alzheimer’s Disease Research Center, who is not affiliated with the study, said such an undertaking would be valuable. “Certainly everything you read is that there is the potential for the virus to affect the nervous system broadly, including the brain, the spinal cord, and the peripheral nerves,” he said, adding that some people with Alzheimer’s and Parkinson’s lose their sense of smell early on before showing symptoms. “It does concern me. What we don’t know is, what is the frequency of this?”

Petersen said tracking not only people who were hospitalized, but also those diagnosed with covid-19 who did not become sick enough to be inpatients would help researchers understand how widespread the cognitive effects might be without overestimating the severity of the virus on the nervous system. “I think that would give them a broader perspective,” he said.

Some sites will include people with positive coronavirus tests regardless of symptoms, including asymptomatic people, as well as a comparison group of people who test negative, de Erausquin said.

Tracking the treatments administered while people were sick may also yield important information, said Heather Snyder, vice president of medical and scientific relations at the Alzheimer’s Association and a co-author on the paper. “There might be certain types of treatment that might have better outcomes not just for covid, but also for your brain,” she said.

Although there is some evidence that getting flu and pneumonia vaccines may protect against cognitive problems, it is not clear whether a coronavirus vaccine could have helpful or deleterious cognitive associations.

“I wish I knew the answer to that, because I already have the vaccine,” de Erausquin said. “We don’t know yet.”