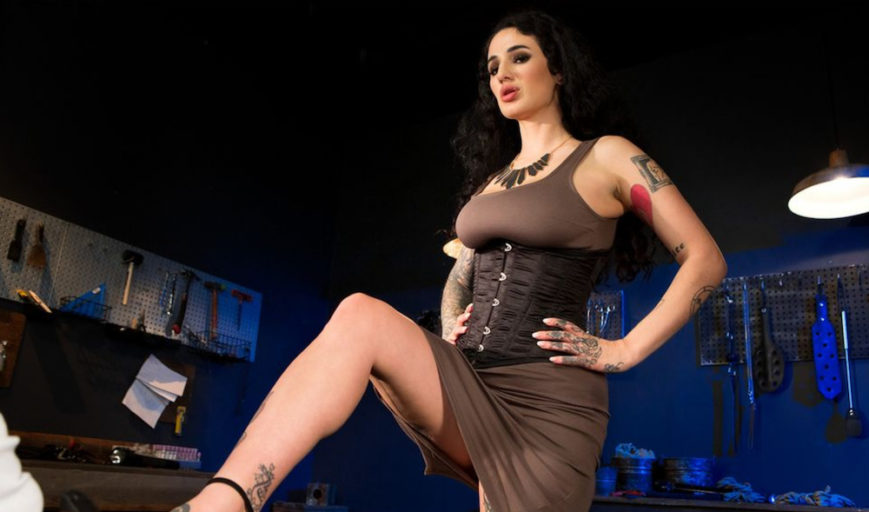 We’ve tightened up our straps and taken twenty lashes to find out if KinkVR is worth it.

What’s included with your KinkVR membership?

KinkVR’s library includes almost 100 preexisting scenes, each averaging between 30-45 minutes. New scenes are usually updated two to three times a month, with some months getting four scenes. While it doesn’t have the largest library of content, the amount of action in each KinkVR scene makes rewatching a pleasure. There’s so much going on that you’re bound to miss a favorite spanking or edging moment on the first viewing.  Each video is available in 5K for streaming or download.

2) A diverse range of body types, ethnicities, and kinks

KinkVR also make some exceptions when it comes to darker kinks. For example, it doesn’t explore the CNC kink. No matter how much impact, spit, or mean language is used, every scene on KinkVR features enthusiastic and vocal consent. This is a place to explore your darker kinks without ever worrying about stumbling onto something truly troubling.

What are the drawbacks of a Kink VR account?

KinkVR always delivers at least two scenes a month, but sometimes that means waiting until the middle of the month to get your first scene. It makes up for this occasionally odd release schedule by uploading extra scenes some months, but if you’re a stickler about a schedule that may be a problem. Then again, there aren’t many other companies shooting this kind of content at this level. It’s worth exploring the back catalog while you wait.

3) Currently plays it safe with bisexuality

Although KinkVR features up and coming bisexual male talent like H3LL4SL00TZ, it plays it safe when it comes to its bisexual content. Want to see two women go at it while having sex with a robot? Hell yeah. But if you want to see two guys kiss while they have sex with a woman, you won’t find that here. Hopefully, that’s coming in the future, particularly since its parent site of Kink.com has been shooting bisexual scenes with men for almost a decade.

Is KinkVR worth it?