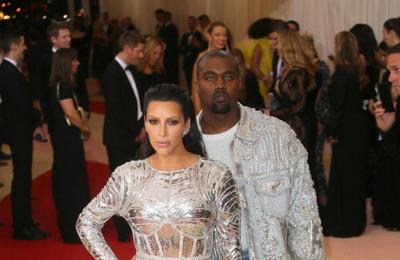 The 38-year-old reality star – who has children North, five, Saint, two, and Chicago, nine months, with her spouse – has revealed her husband of four years gives off a scent that smells as rich as the millions in his bank, as although she can’t pinpoint his aroma, she knows it reminds her of “a rich person”.

Describing Kanye’s scent, she said: “[He smells] … Rich. I can’t explain it, but like a rich person. Like … money, I don’t know! He smells like what you think a really expensive, Saint Laurent fragrance campaign would be.”

The ‘Keeping Up with the Kardashians’ star spoke as she promoted her new KKW Body fragrance line during an interview with The Cut, where she also spoke about the way her sisters smell.

Speaking about her famous family, she added: “Kendall has no scent – which is a good thing. She’s just always smells fresh and clean, and smells like a supermodel; exactly what you think she would smell like.

“Kylie always smells like one of my original fragrances that have gardenias and jasmine. Kourtney smells like all-natural products. Khloé smells like rich oils; very fruity, but rich in scent. She also likes very white florals.”

And as for the brunette beauty herself, Kim says she smells “so good” because she likes to layer her fragrances and make her scents unique to her.

Speaking to The Cut, she said: “I smell so good. I layer my fragrances depending on how I’m feeling, because they put me in a mood. I’m always testing new fragrances, so people always come up to me and ask ‘What is that? That smells so good.'”

During the interview, Kim also noted a few odours in her life that don’t bring a smile to her face, as she said the smell of vodka and tequila is synonymous with heartbreak, whilst a McGriddle from McDonald’s smells like regret.