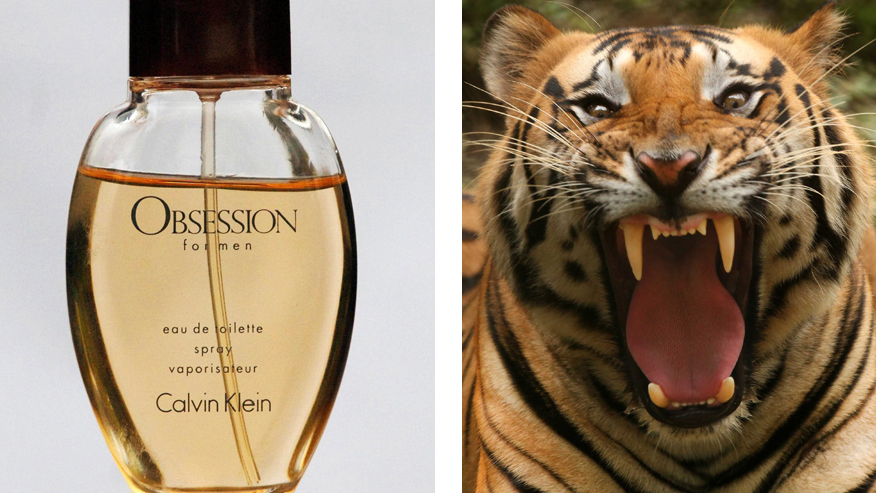 Rangers in India are using a Calvin Klein scent in an attempt to catch an elusive ‘killer’ tiger, according to reports.

Citing officials, The New York Times reports that rangers plan to use Calvin Klein Obsession to lure the tigress, who has killed 13 people over the last two years. Accompanied by her two cubs, the tiger, known as ‘Avni’ or T-1, has terrorized people living around the central Indian town of Pandharkawada.

A massive search operation involving dozens of police and forestry officials, more than 100 camera traps, a drone, and five elephants, has failed to capture or kill the tigress. Rangers have only caught fleeting glances of T-1 in the forests around Pandharkawada, and an attempt to tranquilize her with a dart was unsuccessful.

India’s Supreme Court has ruled that if the big cat can’t be captured then she can be killed, the New York Times reports, a decision that has angered wildlife activists.

Officials are looking to the Calvin Klein cologne as an effective bait.
The perfume contains a pheromone called civetone that can attract big cats, according to experts. Initially sourced from the scent glands of the civet, a small cat-like mammal, civetone is now typically manufactured synthetically.

Miguel Ordeñana, a wildlife biologist and community science manager at the Natural History Museum of Los Angeles told Fox News that the scent can prove an effective lure for carnivores such as tigers. “It’s a musky smell that really makes them think about another competitor in the ecosystem or a potential mate,” he said. “For territorial carnivores, it’s something that they really take notice of.”

Calvin Klein Obsession was reportedly used successfully to lure a tiger in the southern Indian state of Tamil Nadu.

Ordeñana, who has used Calvin Klein Obsession in an attempt to lure jaguars in Nicaragua, says that scent baits can pose challenges. “It’s difficult to use scent lures – you have to re-apply it frequently because rain will wash it out [and so] will humidity in the air.”