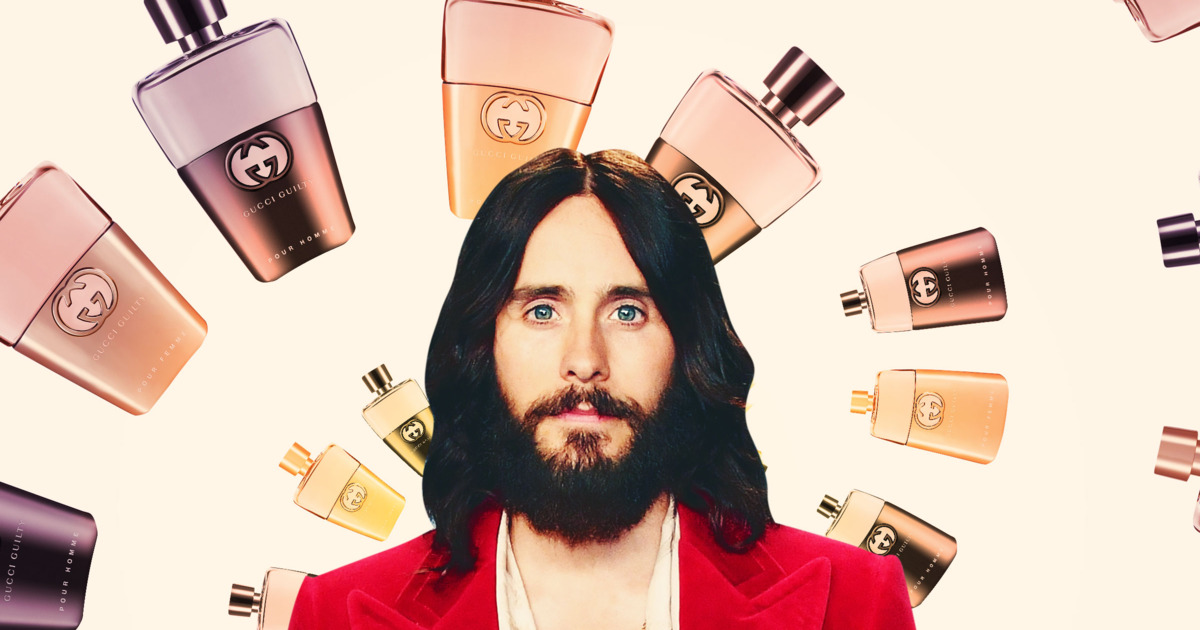 Jared Leto Loves the Smell of Vegan Cupcakes | The Cut

Call it the Proust effect: Memories are often triggered by smells. Scientific studies confirm that out of all the senses, smell offers the best recall. In Scent Memories, the Cut asks people about the scents they associate with different times in their lives. Next up is Jared Leto, Academy Award–winning actor, musician, and the face of Gucci Guilty Pour Homme. Earlier this month, Leto starred in Alessandro Michele’s new campaign for the fragrance with his Gucci Guilty Pour Femme counterpart Lana Del Rey. The Cut talked to Leto about Los Angeles, cupcakes, and being on tour.

S’mores. Although burning marshmallows is not a great smell. Eating them is a little better.

Sunday and Monday mornings smell like:
Every other day to me because I don’t really have weekends. I’ve been on tour for most of last year with 30 Seconds to Mars and Sunday is a Tuesday for us — it’s a great day to play concerts. When you’re on tour you really just lose track of days. It’s either a show day or it’s not a show day. And I like that part of it.

A pleasant surprise smells like:
Cupcakes. I don’t eat dairy, so I usually get vegan ones — I’ll take whatever flavor because they all pretty much taste the same.

Gucci Guilty Pour Homme smells like:
The experience of making this project with this team of so many interesting people, so: really fun, an adventure, and filled with nostalgia. It was a trip down memory lane for me, having lived in Hollywood for so many years

One of the first places that I went when I was a kid and moved out west was the Hollywood Forever Cemetery. I thought it was just a park until I turned the corner and saw the gravestones; I didn’t realize it was filled with such historic people and celebrated so many legendary actors, musicians, and filmmakers, and people in the business, as well. I would go there from time to time to be with my thoughts. Whenever I had an hour or two in between appointments, I would just meander through Hollywood Forever. It’s become a pretty important landmark here in L.A., as a place that celebrates lives of people past and art and culture, so it was really interesting to shoot there for this project.

If I could have one smell on my hands forever, it would be:
Anything that is made of soap.