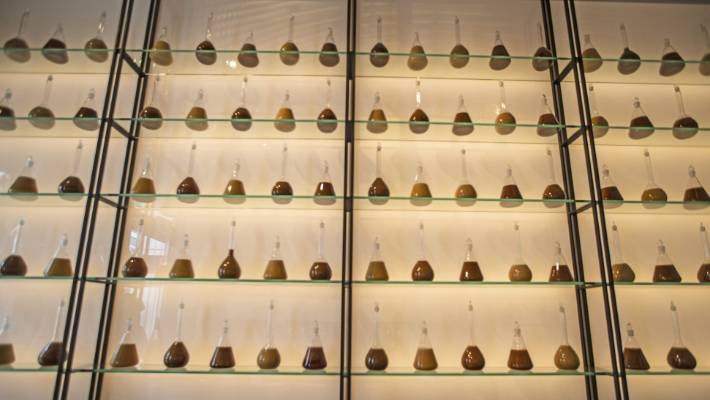 Is this the future of retail? Comvita plans to take immersive shopping experience to the world | Stuff.co.nz

Honey business Comvita has opened an experiential store that taps into shoppers’ senses to give them a better understanding of bees and honey.

After eight months of planning, design, and construction the Wellness Lab opened to the public last week at Comvita’s original shop beneath New Zealand Trade and Enterprise on Quay Street, next to Auckland’s Viaduct.

The store flips the traditional bricks and mortar retail model on its head by creating a space that is less about selling products and more about raising awareness of bees and honey through an immersive sensory experience that is educational and enjoyable.

A main feature of the store is a 180-degree theatre where customers can book a spot on a 45-minute tasting experience, hosted by beekeeper and bee-breeder Noelani Waters.

The guided tasting educates visitors on the history of honey, how it is made and the properties of different types of honey, by stimulating customers’ smell, touch, sight, hearing and taste.

Comvita global head of marketing David Bathgate said the theatre experience, which can hold eight people, costs $20 per person, with 100 per cent of that going to a nominated charity.

Sessions will be held at 11am and 1pm and bookings can be made online.

He said the store was a not-for-profit operation that would be made available to outside groups, from beekeepers to mindfulness coaches, and he hoped it would become a community hub.

The store’s facade, featuring brass panels and rendered earth, was designed to resemble a glowing beehive, he said.

“What we wanted to do was to create intrigue rather than obvious messaging.”

Salvaged matai floorboards and kauri slab counters feature inside, and no products are on display. Instead, walls are lined with 140 beakers filled with various types of honey.

“We wanted people to engage with the ingredients and the power of the hive and not be distracted by looking at product packaging,” Bathgate said.

Three locally made large glass bulbs feature towards the back of the store where customers can smell manuka, honey and bee product propolis and the humming sound of a beehive plays over multidirectional speakers.

The ceiling is adorned with recycled plastic mesh made by Wellington company Kaynemaile, and fashioned into the shape of a honeycomb.

Customers are also invited to use an in-store augmented reality app which superimposes a three-dimensional native bush setting over the store environment.

Bathgate said with shoppers able to buy online any time, Comvita wanted to create a space that lured customers in.

“People are looking for things that are different today in the retail environment. I think we’ve done that.

“The people who are coming in are surprised and delighted.”

Two Wellness Labs were planned for China within the next 12 months, followed by one in the United States, he said.

“Where that model works we will have as many as we can.”

The Wellness Lab concept was born about eight months ago, in partnership with design agency Blur the Lines, with construction on the store beginning

Comvita also launched its unique manuka factor 25 plus honey last week and to coincide with that it released an online guided meditation which incorporates tasting the honey.

“Because it’s such a rare honey we want you to taste that honey in the experience as well.

“It allows them to create a moment of harmony in their own living room.”

The Wellness Lab required a “significant investment” but the company would not disclose how much was spent on it.

Comvita chief executive David Banfield said the retail world had changed as a result of Covid-19 with more people doing their shopping online.

“We really believe that the change is permanent,” Banfield said.

In the US last year there had been 10 years of e-commerce growth in about three months, he said.

The Wellness Lab was Comvita’s response to the new dynamics, he said.

“We wanted it to really be a destination space.”

With the Wellness Lab it wanted to engage, excite and educate people to create a movement which promoted a world where bees thrive, he said.

He said the space would be made open to schools and other community groups.

Source: Is this the future of retail? Comvita plans to take immersive shopping experience to the world | Stuff.co.nz