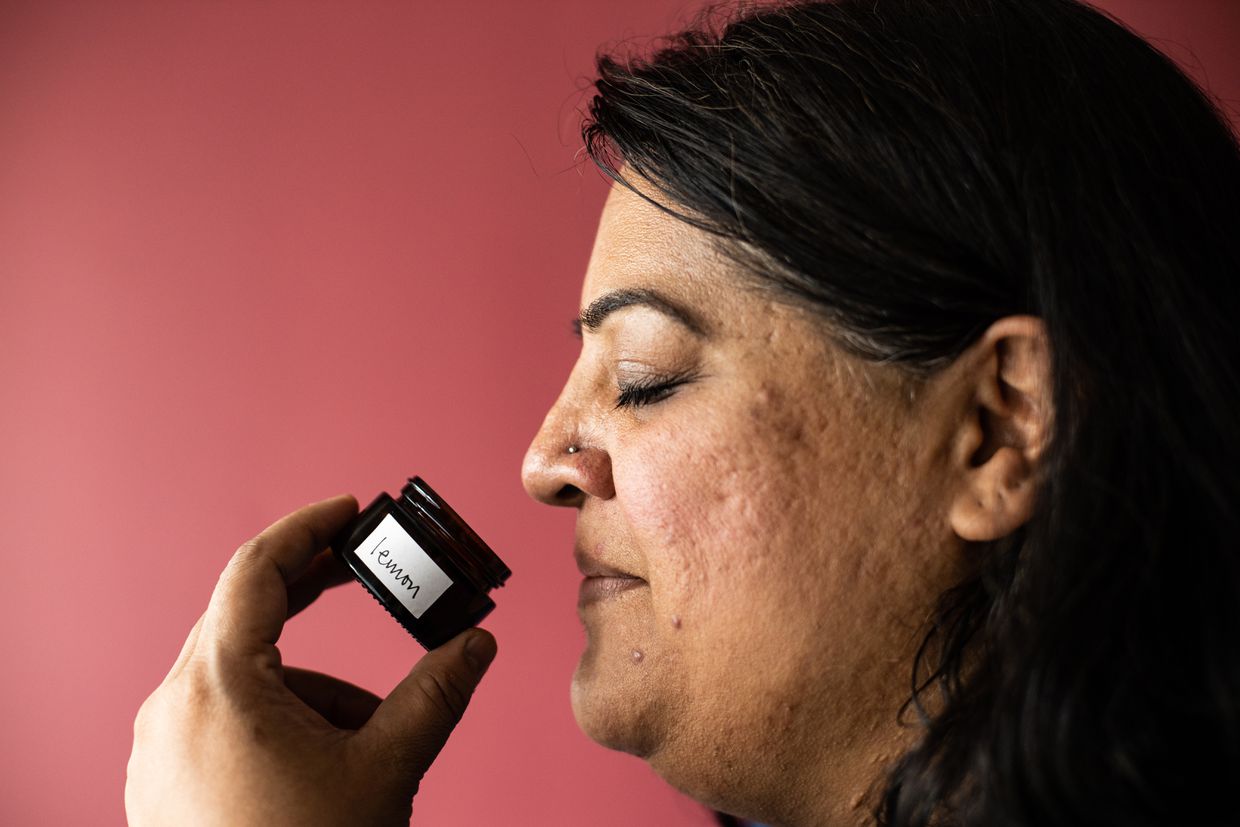 Illness stole this chef’s ability to smell. This is her story of heartache – and hope | The Globe and Mail

Growing up in Brampton, Joshna Maharaj would often wake up to the smell of onions and garlic frying in a pan.

The thick odour would creep from the kitchen, through the halls of the house, and into her bedroom. She’d close her eyes and inhale greedily in anticipation of her mother’s cooking.

The onion-and-garlic combination was the foundation of all of her family’s cooking. And in her career as a chef, it’s a smell that’s lingered in every kitchen she has ever set foot in.

So while she can’t say for sure the exact moment when she lost her ability to smell, she does know this: The realization hit hardest about six years ago, when she lost the smell of onions and garlic. She’d walked up to a pan of her mother’s cooking that day, and found herself startled by the sight of garlic browning, and onions caramelizing. She could see the steam from the pan, and feel the heat against her face. But she couldn’t smell it.

Gone too was her ability to taste properly. She could pick up basic tastes: sweet, salty, bitter, umami and sour. But she’d lost what most would consider the essential qualification for a chef: A nuanced palate. She would taste her mom’s curries, but no longer make out the full range of flavours and spices.

In the following years, she had other disturbing realizations. She’d walk into a restaurant and everyone else would gasp about the smell of barbecue. Or she’d stick her nose into a wine glass, and sniff, searching desperately for traces of fallen fruit, or old shoe leather. Then there was the notice she received from her apartment’s building management. The smell of rotting food was wafting out of her compost bin and into her neighbour’s units.

But she kept these experiences to herself, telling only a few close confidantes. “It was my dirty little secret,” she said.

The 44-year-old figured out ways to adapt. On family trips, her brother, Ajay and his girlfriend would walk alongside her, describing the smells as they went along. “It smells like there’s bread in the oven. I think there’s mulled wine on the stove. There’s a fire going,” they whispered in Croatia over the holidays.

And in the kitchen, some of her closest chef friends would occasionally pitch in, tasting new recipes for her.

But other than that, she cooked based on intuition, memory, and training. By this point, much of her time was spent outside of kitchens anyway. After graduating from George Brown College culinary school in 2002, she was the chef at The Stop Community Food Centres and the Royal Ontario Museum. But much of the past decade she’s dedicated to food activism. In recent years, she’s racked up accolades for leading the overhaul of the food programs at major institutions like Toronto’s Hospital for Sick Children and Ryerson University, pioneering in Canada ideas of ethical and sustainable sourcing. Her book on this activism, Take Back the Tray, will be released in May.

In this work, she frequently found herself speaking publicly about the importance of transparency. But in private, she was terrified about what such transparency might look like for her own career.

Just this past fall, Ms. Maharaj appeared as a guest judge on Iron Chef Canada. She grew increasingly unsettled as producers in the green room encouraged her and the others to play up their judging of the food for the cameras. As her fellow judges oohed and aahed over a plate of trout amandine, she faked it. “It’s complex and layered,” she said after chewing a forkful. She mimicked a chef’s kiss to the camera.

On the car ride home, she panicked, convinced she’d been found out.

“Did I do a good job lying?” she thought to herself. “How long can I keep this up?”

Smell is sometimes referred to as the forgotten sense. Unlike sight or hearing, scientists still know frustratingly little about how our sense of smell works.

Part of the reason for this is practicality. It’s easier for researchers to access the human eyeball or ear, compared to the sensory neurons in our skull. But among doctors and the general population, there’s also the feeling that the sense of smell is non-essential. Unless we’re using it, or somehow lose it, we rarely stop to think about our ability to smell. So for those suffering from anosmia (the medical term for people who cannot smell) there have traditionally been few answers.

This is why, when Ms. Maharaj first began complaining six years ago to doctors about chronic congestion — about perpetually feeling stuffed-up, like she had a cold, and not being able to smell — she was mostly met with indifference about the latter symptom.

She tried changing her diet, removing dairy, and then wheat. At the advice of a Chinese medicine practitioner, she tried acupuncture. Nothing worked. Without other options, she began popping decongestants nearly every day, just to cope with the congestion.

Finally, two years ago, a specialist figured out the cause of her problems. A CT scan showed that nasal polyps, or small fleshy growths, had formed all over the lining of her nasal passages and sinuses. So early last year, she had surgery to remove them. But even then, standing outside of Mount Sinai Hospital in Toronto after her surgery and taking her first deep breath in over six years, she still could not smell.

Her doctor told her to wait and see. But even he’s not sure why she’s still not able to detect smells, and whether she’ll ever fully recover….

Source: Illness stole this chef’s ability to smell. This is her story of heartache – and hope – The Globe and Mail