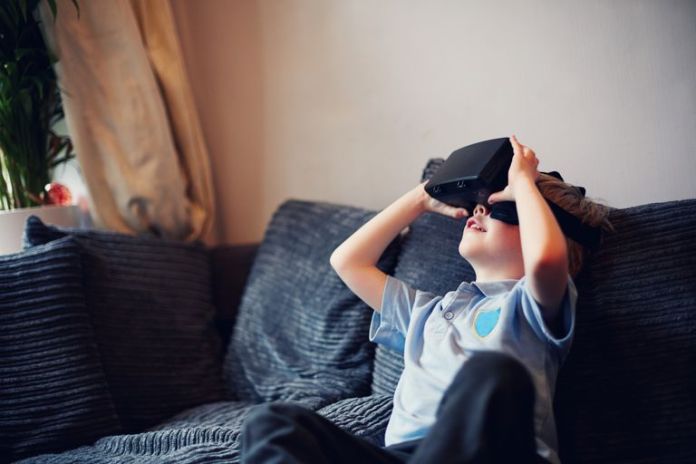 Both kids and adults use smartphones, computers, smart watches, TV’s, and gaming technology on a daily basis and think nothing of it except that it’s a good time, however, some kids and adults with autism who are minimally verbal or are non-verbal use iPads and voice apps to speak for them and as an educational tool every day.

As a means of communication and education, tech like the iPad has lead autism support teams and parents to the doorstep of virtual reality (VR) and is proving to have a pivotal role in teaching and treating people with autism.

According to Autism Speaks and the CDC, research showed that in the United States “1 in 59 children (1 in 37 boys and 1 in 151 girls) [have] autism spectrum disorder (ASD).” Adults and children with the disorder have challenges in behavior, social skills, verbal and non-verbal communication, as well as sensory and attention issues that impact their lives, but also have unique identities, quirks, and preferences just like anyone else.

Virtual reality isn’t just for exercising and playing challenging rhythm games like Beat Saber or mind flexing puzzle games like Rangi. VR is being embraced by therapists, counselors, teachers, parents and their children as a pivotal therapy tool to help those with autism to better communicate and connect with their family, friends, and the world around them.

Building reciprocal communication and social skills, like expressing appropriate responses, facial and body cues, which are especially challenging for individuals with autism. A small study was done by Dr. Daniel Yang where young adults wore a VR headset and used a program that tracked their facial expressions and then projected them onto a virtual avatar. Seeing this projection helped participants practice their own facial and body cues with direction from a specialized therapist that also helped to reinforce looking for other people’s facial and body cues.

Dr. Yang and autism specialists found that this social awareness program taught participants new skills by role-playing situations like going on a job interview, how to interact with new people and other helpful skills like dating with positive results. Using VR therapy for autism lit up the brain during imaging tests and showed “increased brain activity and connections seen after the virtual-reality training more-closely resemble the brain activity seen in the four “neurotypical” adults serving as controls.” 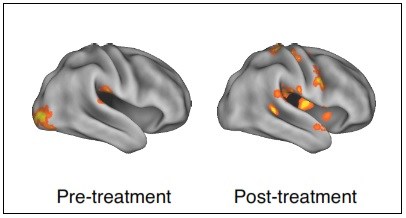 Feeling welcome and having a sense of belonging in a classroom is vital for students to learn, make mistakes and grow, but for many neurotypical and neuroatypical students, this isn’t the case. Data shows that 20.8% of students reported being bullied by peers, according to PACER, yet students with autism are bullied at a disturbing rate, with data from The Interactive Autism Network showing that “63% of children with ASD [being] bullied at some point in their lives.”

In an article about how VR can help autistic children in the classroom, Dr. Nigel Newbutt, a department head for design communication at UWE Bristol, shares his idea that “virtual reality can provide portals into a neurotypical world, and suggests ways to help navigate this world.”

Most students wouldn’t like the feeling of being stared at while being tested by a teacher in school, and for people who are bullied or stigmatized because of an autism diagnosis, this is especially true. Wearing a VR headset does a good job of hiding embarrassment or anxiety in the person using it, but it’s also a non-threatening and exciting way to learn and practice new ways to connect with the social world that they may feel out of touch with. Using cool VR tech instead of being in a classroom sure helps sweeten the deal too.

Natalie R Catren, the article’s writer, explains why Dr. Newbutt’s use of the Oculus Rift, apps, and programs to build social skills can be so helpful to autistic children, their parents, and their support team. “A properly immersive virtual scenario can be an attractive learning environment because it takes the pressure off. Since software is programmed, it reacts consistently – in a way that humans almost never do. There’s also a lot less physical inflection involved in current VR animation than within real human interactions – body language and facial expressions are greatly simplified in avatars.”

Researchers at The University of Haifa, Israel have created a VR app that teaches kids a safe way to cross a road. While this road crossing app isn’t Jogger, a Gear VR game where players run in place to run across a road in a game, it is a simulation of what it would be like to cross a street with cars and traffic lights. What makes the app successful is that kids can safely practice crossing the street without the real world consequence of being hit by a car. They are free to practice each step for as long as they need and thus reduces risk to them and the stress around learning a new skill.

Floreo has a VR learning and social skills app that schools, therapists, parents, and support staff can use to help children with ASD. Students who use the app learn significant social skills like reciprocity and planning for unexpected situations through social stories and learn to help themselves de-escalate emotionally with interactive virtual sensory tools. The Floreo app isn’t released just yet, but can be used on a smartphone or tablet, with a Google Cardboard headset (currently only mobile, expected to get high-end VR), and has a great data capture system that makes tracking individual goals easier.

Dr. Patrick Bordnick, dean and professor at Tulane School of Social Work came up with VR- Project Delta or VR-Δ, a virtual reality app that helps patients prevent drug and alcohol relapse by practicing self-control and awareness skills in realistic simulations where drugs and alcohol are present. Dr. Bordnick has also created the app named VR-qualis est vita for kids and adults with autism. This app places participants in a realistic environment to help them learn communication, social skills, and how to interact within the home, school, and other environments. Both apps have won The Not Impossible Vitality Award by Blue Cross Blue Shield this year.

When considering their child’s sensory system, which can be overwhelmed and distracted, parents can find it a difficult spot to be in when deciding to let a child or adult with high-functioning autism to learn to drive. Nilanjan Sarkar is a computer and mechanical engineer from Vanderbilt University who developed a driving sim for people with ASD to safely practice driving and be assessed as a safe driver before stepping into a vehicle. Sarkar also creates VR simulations that can help users become more self-sufficient in their daily lives by focusing on practicing virtual interactions to help them make friends, perform job interviews, and everyday skills like shopping for items and making purchases.

Teachers recommend that parents play games with their kids so that it teaches them to mimic skills like sharing and back and forth communication, and VR is becoming the go-to tool for teaching and entertainment. For those with ASD, making eye contact and having a back and forth dialogue between peers can be limited, non-existent, and stressful. Having that struggle can further push potential friends away unintentionally. VR games for people with ASD like Astropolis, Playground VR, and a non-VR software like SketchUp, leverage the powerful motivator of VR and technology as both a play and learning opportunity.

Astropolis is a VR game that puts players in a spaceship that they can fly in that tasks them with managing resources to keep space colonies happy and functioning. Players can collect materials and also defend the colony. They can also play Maritime Defender, a mini-game that’s for practice in letting pilots through a wormhole or not letting them pass through, helping with decision making and control based skills. There are two other games Stellar Prospector and Starjack that are meant to gather information about motion perception and thinking flexibly.

Using software like SketchUp, a 3-D architectural and designing program to draft objects and structures has attracted kids and adults with autism to its platform because it gives them a creative outlet that isn’t typically found in a school setting. Games like Vivecraft, Tilt Brush, and Medium are just a few of many VR games that have a huge community of users that love to create and build things in 3-D and 360-degrees without the same limitations that are typically found in the real world like running out of costly supplies or messing up and having to start fresh. Although Vivecraft, Tilt Brush, and Medium aren’t a direct stepping stone to jobs in architecture, coding, art, and design, games like those can spark an interest in those subjects and could ignite a passion in those with ASD to pursue an education and career in those fields.

Playground VR is an iPhone app that’s used with Google Cardboard that’s less than $1 and is used as a playground and sensory break simulator for kids with developmental disorders like autism and ADHD, and sensory processing disorders. Kids can play on a swing, slide, trampoline and go on a boat ride to let off extra energy when they need it.

The VR industry has a huge role in shifting how specialists, therapists, doctors, support staff, and parents use technology to help children with autism succeed socially and learn differently. VR innovators, creators, studios, and developers have technology at their fingertips to create apps, games, and programs that will help people with autism and other developmental disorders connect and communicate with the people and the world around them. We can’t wait to see what VR games, apps, and experiences will rise up and impact the world next.

Source: How VR is Helping Children With Autism Navigate the World Around Them