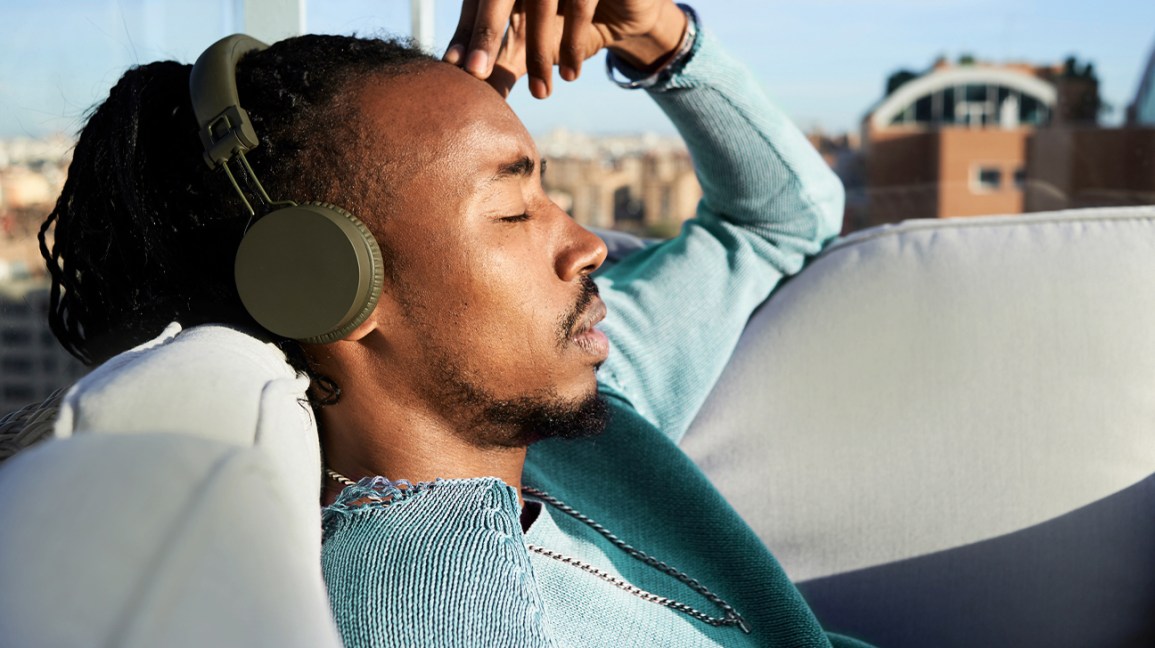 Sensory therapy techniques may be beneficial for people experiencing feelings of anxiety.

That’s the conclusion of two new studies that explore the benefits of therapies that use the senses to help manage feelings of anxiety.

One study involved music, and the other involved a huggable pillow that simulates breathing.

“In the realm of psychology, sensory therapy involves the use of visual and kinesthetic components to treat mental health issues such as stress, anxiety, and emotional dysregulation,” Dr. Carla Marie Manly, a clinical psychologist based in California, told Healthline.

“On a neurobiological level, anxiety results from a triggering of the threat response,” she explained. “This activates the sympathetic nervous system, which floods the system with adrenaline and cortisol in order to prepare for the ‘threat.’”

Making use of music

One studyTrusted Source, published in PLOS One, examined whether music and auditory beat stimulation could reduce feelings of anxiety among its participants.

Researchers enlisted 163 people who took anti-anxiety medications to undergo a treatment session at home that involved either listening to music, auditory beat stimulation, both, or “pink noise” (constant background sounds).

Participants with moderate anxiety who listened to both the auditory beat stimulation and music or who listened just to music had the greatest reduction in the physical symptoms of anxiety.

Dr. Margaret Gail Distler, a psychiatrist at the Anxiety Disorders Clinic at the Semel Institute for Neuroscience and Human Behavior at the University of California, Los Angeles, said the results of the study aren’t surprising.

“The finding that sound-based treatments reduced the experience of anxiety is consistent with previous findings,” Distler told Healthline. “In the medical literature, music has widely been reported to aid relaxation and distract patients from unpleasant physical sensations, for example, those undergoing surgical procedures. Music may also divert attention away from anxious thoughts and feelings.”

Nonetheless, Distler said it is important to remember the study did not examine the effect of music on anxiety disorders. Rather, it examined music’s effects on the transient emotional state of feeling anxious.

One of the authors of the music study works as an adviser and chief science officer for the company that supplied the music technology used in the research. This is noted in the study as a competing interest.

Easing anxiety with a pillow

In another sensory therapy studyTrusted Source, also published in PLOS One, researchers in the United Kingdom examined how a huggable pillow that simulates breathing might affect feelings of pre-test anxiety.

Researchers who wrote the study developed the prototype and associated hardware for the pillow.

They enlisted 129 people to undergo a group mathematics test. Some in the group were given the pillow before the test and others were not. The huggable pillow simulates breathing.

Researchers found that participants who used the pillow experienced less pre-test anxiety than those who did not use the pillow.

The pillow was also found to be just as effective at reducing pre-test anxiety as a guided meditation.

Manly, who is also author of the book “Joy from Fear,” said it makes sense that hugging a breathable pillow could be calming.

“On a neurobiological level, a gentle hug has the power to stimulate feel-good neurochemicals such as oxytocin. This results in feelings of relaxation and calm,” she explained. “As well, research also reflects that breathing exercises (such as those used in yoga, mindfulness, and meditation) trigger the calming effects of the parasympathetic nervous system.”

“It makes perfect sense that a huggable, ‘breathing pillow’ would increase a state of calm and relaxation and, thereby, reduce anxiety. A pillow that simulates another person’s breathing could surely trigger a calming, co-regulation response.”

Manly and Distler both also note there are many other therapeutic options that don’t involve medication that can be useful in the management of symptoms from anxiety.