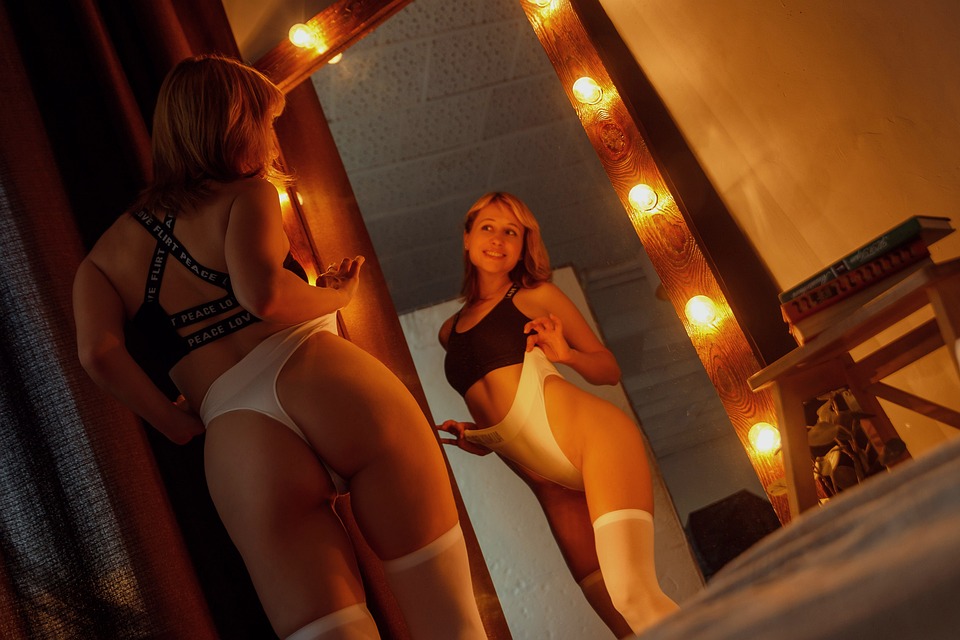 In my last article, I introduced the concept of brain illusions whereby people can “adopt” a fake hand as their own, and I mentioned how people with eating disorders are much more susceptible to this illusion. I received many “Wow, really? Tell me more!” responses, so in this follow-up, I’ll explore what these brain illusions have taught us about how we relate to our bodies and how it’s different in people with different types of body image issues.

There are different types of experimental setups that researchers have used to induce brain illusions, the most common being the Rubber Hand Illusion (RHI). Such experimental setups do not involve hypnosis or any other magic tricks. It’s actually quite simple, which only further emphasizes how malleable our perceptions of ourselves are.

To induce the RHI, researchers classically situate a person at a table where their left arm rests in front of them, while their right arm is hidden behind a screen.1 To replace the hidden right arm, a rubber arm is placed inside their shirt with a hand coming out where their real right hand should have been. In other words, the rubber hand now appears in the natural location of their right hand and while the rubber hand obviously looks like, well, rubber, the fact that it comes out of the person’s shirt ensures that there is a continuity in the perception of their arm and rubber hand. (See a clear demonstration of the experimental setup for the RHI here.)1

The Neuroscience of Body Illusions

This illusion gives important insight into how someone could start thinking that their body looks different than it actually does. I argue that the most important aspect of this process is our reliance on visual cues: we feel the strokes synchronously with how we see them applied to the rubber hand.

Studies have found that this visual association is key in mediating the process of ‘adopting’ the rubber hand as our own.2 In other words, our brain ends up relying more on what we see than what we know. This adoption is so convincing that people cannot accurately locate where their real hand is, and when asked, they even think they can move the fingers of the rubber hand if they try (of course, they cannot).

In the brain, there is a drop in the activity of the region that normally “controls” the right hand, while there is an increase in the connection between two other regions that are critical for mapping body ownership.2,3,4 Said differently, your brain stops activating the region of the brain that is normally used for controlling your right hand, and instead starts the process of making a new body map—one that includes the rubber hand.

The process is so comprehensive that it even involves your autonomic nervous system, the part of your body that controls your heart rate, blood flow, and pupil size. When a person is under the illusion that the rubber hand is a part of their real body, their real right hand may even drop in temperature5 (although researchers are still debating these results6). This means that not only has your brain stopped paying attention to your right hand, your autonomic nervous system has also stopped putting resources into keeping the right hand healthy. 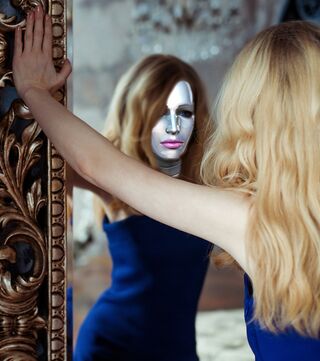 I believe what I see, and I feel what I see
Source: Cover photo by S. Herman/F. Richter from Pixabay

The most important takeaway here is that your brain can completely change the way it connects with your real right arm, and, equally quickly, can create a new body map, one that includes your new rubber hand. All of this occurs just because you believe what you see: the rubber hand is being stroked in the same pattern as you feel the strokes. Your vision overpowers your knowledge.

But thinking that the rubber hand is yours does not explain how we feel it is ours. For that, we must understand how changeable our internal sensations are, our interoception.

I See, Therefore I Am

As the illusion takes hold, our interoceptive awareness is manipulated. Interoception encompasses the process of sensing, interpreting, integrating, and regulating signals from within oneself, and one brain region that is crucial for this process is the insula.

We know from brain imaging studies that the insula displays increased activation when people focus on their internal state.7 In fact, when people have “embodied” the rubber hand (which happens as a consequence of the brain’s “adoption” of it), the insula is activated.

People with eating disorders (EDs) display reduced interoceptive accuracy, meaning that they are less accurate at estimating, for example, their heartbeat.8 Curiously, they can simultaneously be more sensitive to internal signals.

This is also true in people with anxiety and PTSD, who are often so incredibly sensitive to body signals that it may trigger a panic attack. This inaccurate yet heightened sensitivity is thought to be one of the causes of repeated panic attacks for some people.

The reduced interoceptive accuracy renders people with EDs more likely to adopt the fake rubber hand as theirs.8 Why?

One likely reason is that these people are less connected with their own bodies, and their brains are therefore more easily convinced that what they see (the fake rubber hand) and feel (the stroking) belong to themselves. Unsurprisingly, people with EDs tend to feel greater ownership of the fake hand, perhaps because of greater insula activity.

Indeed, the brains of people with anorexia nervosa display reduced communication between the insula and the areas of the brain that sense touch and process emotions, which is thought to give rise to their more malleable body image. Thus, greater sensitivity to the RHI may be a consequence of changes in their brain that disconnect them from their bodies.

What This Means for Body Image

This may mean that the same brain regions and brain activities that underlie the RHI are also responsible for the rise of distorted body images—maybe not just in people with EDs, but in everyone who struggles with body image. In fact, people with depersonalization disorder, which characterizes people who feel a lack of ownership of their own bodies, are also more likely to adopt the fake rubber hand as their own.9

Moreover, greater body image dissatisfaction and reduced interoceptive sensitivity correlate with higher susceptibility to the RHI.8,10 Researchers even hypothesize that consistently viewing oneself from an appearance-based perspective, which is common for many, ultimately distorts their interoceptive awareness, leading to greater RHI susceptibility.8 (This is reminiscent of the last article where one person named“I had completely neglected feeling my body” as one cause of her body dysmorphia.)

It is interesting, and indeed a bit terrifying, to put these results into the context of social media where so many people compare themselves to bodies that are labeled as culturally beautiful (e.g. thin, muscular, tall, light complexion, certain hair types). This comparison may make us focus more on what we see than what we feel and know.

We see a body (ours) that is different (bigger, smaller, darker, etc.) from the normatively beautiful bodies on social media. We become appearance focused. This may, as the researchers above imply, reduce our interoceptive awareness, and trigger a process similar to the RHI where we start adopting the idea of our visually distorted body. We lose touch with what we really look like, and instead, we have adopted a distorted body image of being too big, too small, too wrong, or too different.

What Can Be Done?

Can we train our interoceptive system to be more in tune with our own bodies, rendering everyone, and in particular people with existing body image distortions, less susceptible to the RHI and happier with who we are (and what we look like)? Some researchers have explored whether meditation and mindfulness, which we know increase interoceptive awareness, can also increase body satisfaction. Stay tuned for future articles to learn more.