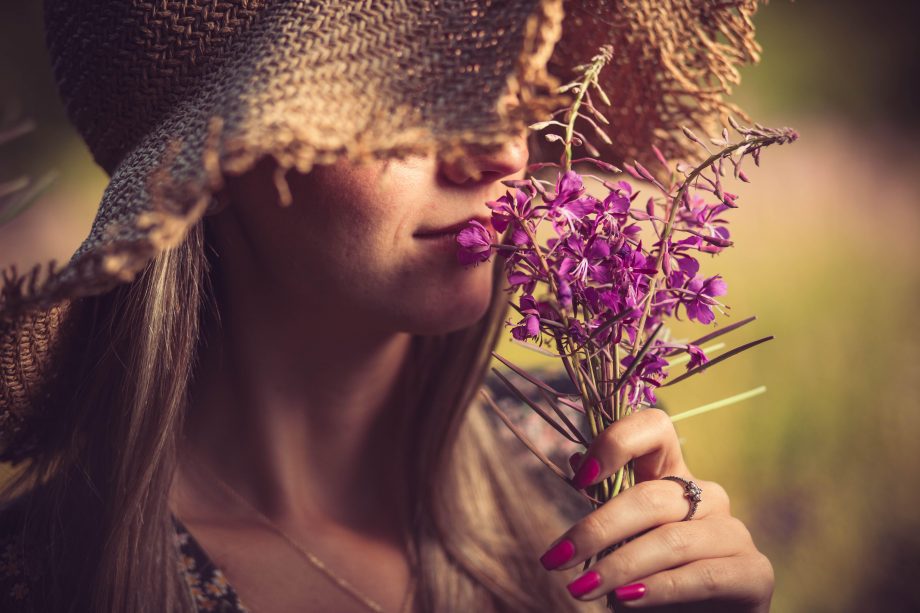 Curious Questions: Why is smell the most evocative of our senses? | Country Life

From flowers and bonfires to the aroma of a pencil case that takes you back to your school days, the sense of smell has extraordinary power. Credit: Alamy

The smell of something familiar can transport you back in time as none of the other senses will, says Ben Lerwill.

‘A fragrance,’ the British perfumer Roja Dove once said, ‘is like a cat burglar in your brain — it has the key with which to pick the lock and unleash your memories.’

His description is a sharp one. Our sense of smell is laden with our own pasts, to the point where we might catch a scent on the breeze — a note that’s here one second and gone the next — and be thrown back decades. The leather of a new car. Wet earth after a storm. The perfume of an ex-partner. The smoke of a peat fire.

The effects can often be powerful. It’s interesting to consider why. Each of our lives is time-stamped with different fragrances, from the sugared tang of childhood sweets to the old-world headiness of late-night cigar smoke. At the same time, our scent libraries are highly personal: the linseed aroma of a school cricket bat might be potent for some and meaningless for others, likewise the musty aura of ageing books, the oil of a motorbike, even the herbal warmth of a summer evening on the Med. It’s been said that members of the Royal Family must think the UK smells of fresh paint.

Wrapped fish and chips: A paper-wrapped parcel of joy, handed fresh across the counter. It’s warm to the touch and full of the deep scent of fried potatoes, laced with vinegar. Who needs fine dining when you have food memories this rich?

We’re all different. What we share, however, is the fact that our olfactory nerves have a direct line of communication to our limbic systems, the part of the brain that deals with emotions and memories. Smells have a real hold on us.

With nostalgia and scent so tightly entwined, perfume houses are well aware that no single product will appeal to everyone. There are now thousands of different bottled fragrances for gents to consider, with 100ml of some premium colognes costing four-figure sums.

If you’re after a signature scent that’s utterly unlike those of your friends or colleagues, in other words, you probably won’t need to look far — but you might need to pay for it. And although the fragrance market might be both crowded and diverse, certain trends hold true.

‘In terms of the scents someone prefers, a lot can depend on when they were born,’ says Caroline Fabrigas, previously of Chanel and Clarins and now CEO of New York-based company Scent Marketing Inc. ‘If you grew up in the 1960s or 1970s, it might be that what resonates with you are those woody, spicy fragrances that your father or uncle wore. By the 1990s, however, there was a trend for colognes that were more sheer and aquatic — there was a lightening up.’

Mrs Fabrigas adds: ‘In my own experience, men often now gravitate to clean, fresh, invigorating notes, but lots of other factors play into a choice. The fragrance that’s right for you should be something that sets you up for the day. It should be about performance, about sensuality, and about feeling confident in your own skin.’ 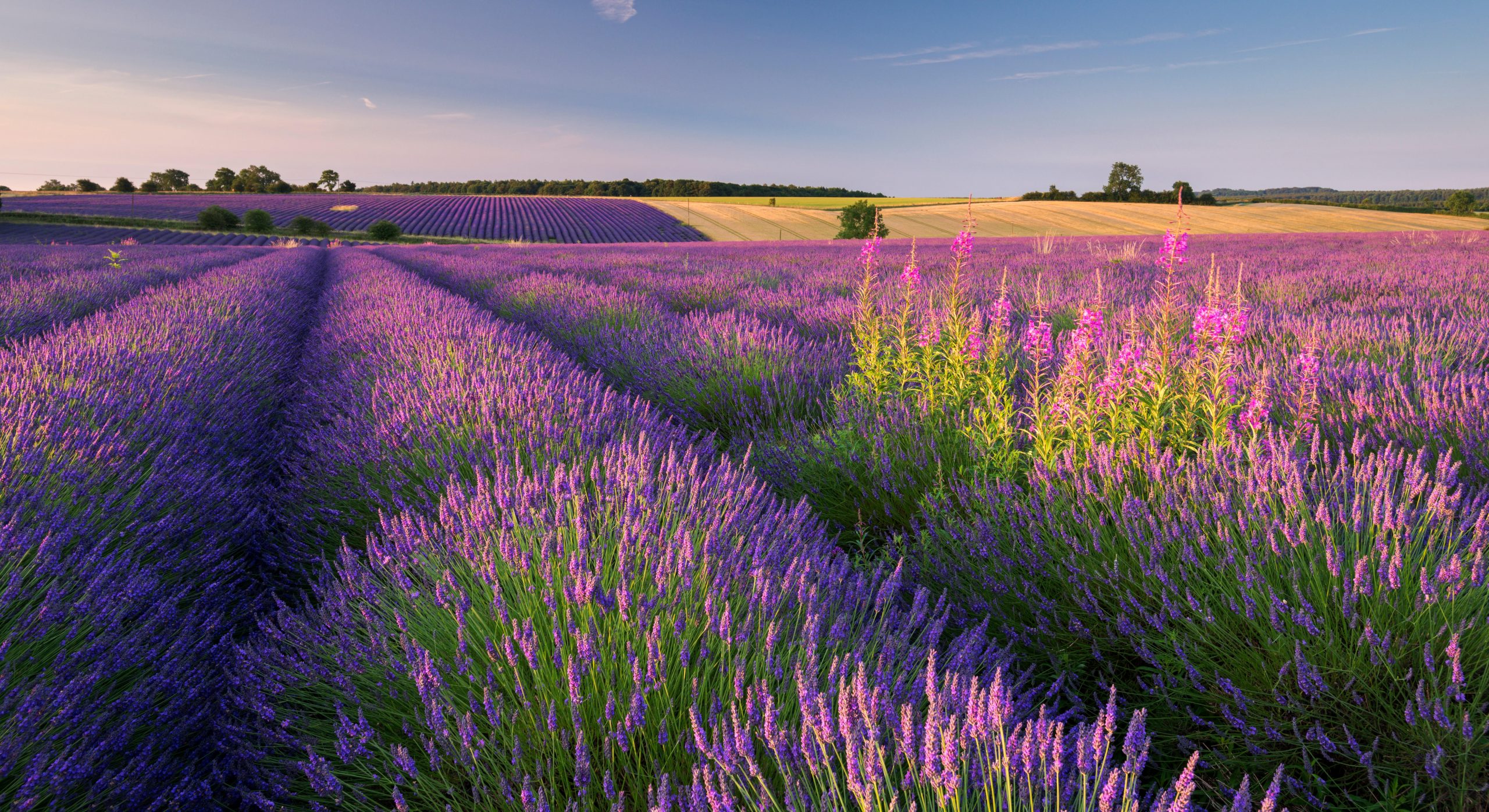 Lavender: For many, the herbal, powdery aroma of lavender can transport the mind straight to the south of France, where scented fields grow in abundance and where high-end hotels often employ the fragrance in lobbies.

A sense of heritage also plays a part. Penhaligon’s, the British perfume house founded by a Jermyn Street barber in the late 19th century — and which received its third Royal Warrant in 1988 from The King when Prince of Wales — often taps into the allure of the past. ‘A lot of men still want something traditionally masculine,’ explains a Penhaligon’s fragrance expert. ‘The olfactory families they’re drawn towards are woodier and fresher. But things have changed. The very first fragrance we ever made, in 1872, was a very rosy floral. In that era, men wore more florals.’ By contrast, one of its more recent fragrances, Sartorial, was inspired by the Norton & Sons cutting room on Savile Row.

Wearing the right scent can work wonders. ‘It seduces and excites,’ says Paola Paganini of Acqua di Parma, the Italian lifestyle company founded in 1916. ‘It touches chords, awakens memories and arouses emotions.’ Hitting the right spot, however, can be a complex task. The company’s original fragrance was Colonia — worn by the likes of Cary Grant, David Niven and Gregory Peck — and contained a blend of jasmine, light musk, Bulgarian rose, lavender, rosemary and Sicilian citrus, among other ingredients. That’s a step up from the sweet peas that remind you of Granny’s back garden.

How these scents are harnessed is another interesting area. Traditional distillation still plays a role, but technology has moved on apace in certain other areas. ‘We often use a technique called headspace,’ says the Penhaligon’s expert. ‘It involves placing a cloche over a plant, a flower, or an area of foliage, then using the computer to measure and identify the essences being released. From there, it’s about being able to re-create that process in a lab and capture the exact scent.’ 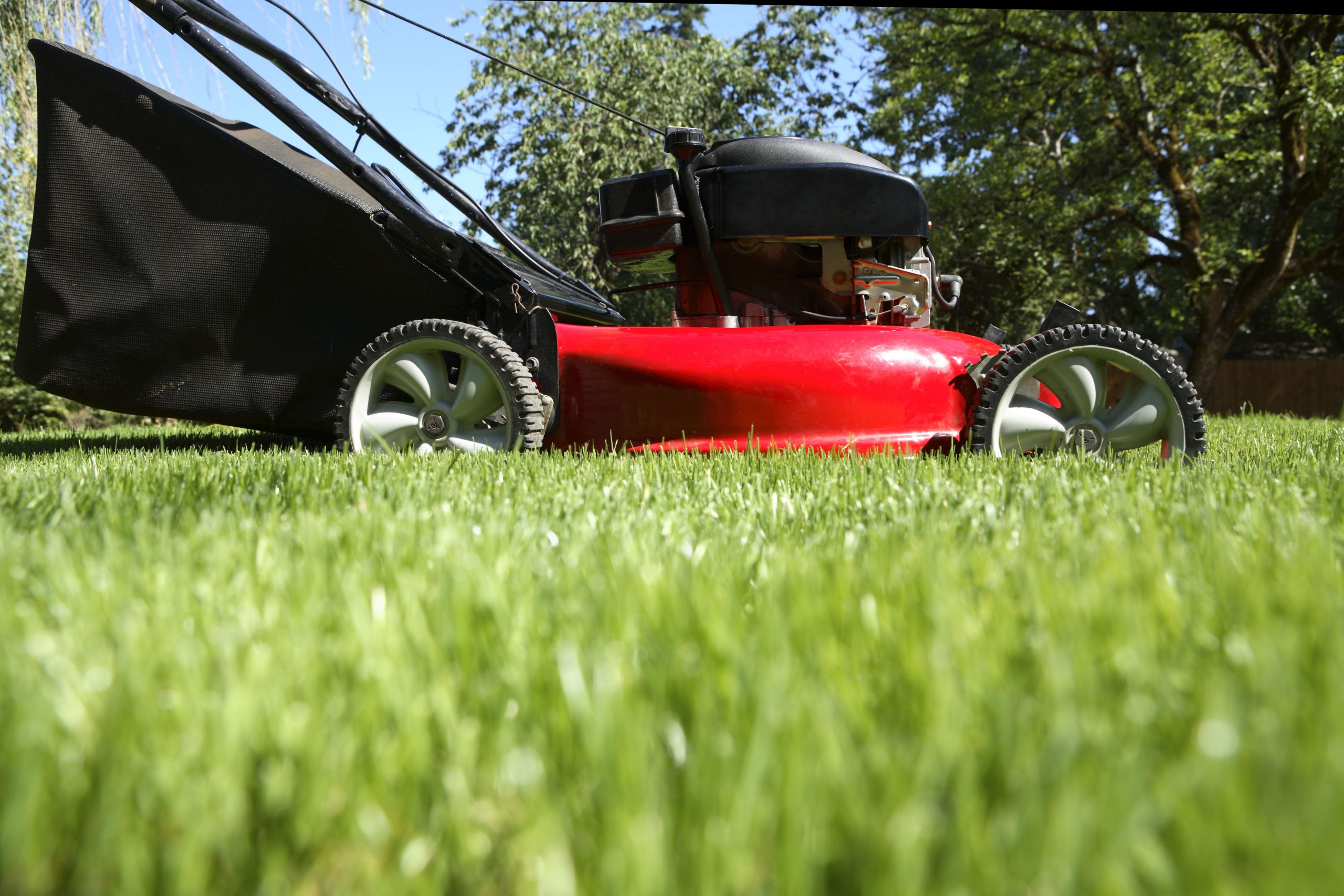 Freshly cut grass: The chug of the mower followed by the sweet, sharp scent of newly mown grass. It’s a smell associated with summer and weekends: a match-ready cricket square, a garden before a drinks party, a Sunday chore on a lazy day

Organic ingredients are sometimes transcended altogether. Headlines were made in 2006 when fragrance brand Escentric Molecules launched Molecule 1, a perfume containing nothing but a synthetic aroma molecule known as Iso E Super. It has an addictive, woody, velvety odour said to disappear and appear periodically, smelling slightly different on each wearer. It also has devotees that, allegedly, include everyone from Jay Z to Kate Moss (many modern fragrances, it’s worth noting, are designed with no specific gender in mind).

Given the hold that scents have on the vast majority of us, it’s also reasonable to wonder who exactly creates these fragrances — is the skill learned or innate? A bit of both, it seems. ‘Every smell you recognise is learned,’ continues the Penhaligon’s expert. ‘If I said to you “black pepper” or “lemon”, you could probably imagine the smell in your mind quite easily, because you encounter those things regularly. But a good perfumer will smell everything — they’ll walk past every plant and soak up every experience, smelling it, noticing their memories and emotions. They’re alchemists, too. They find ways to make things work well with each other.’

Mrs Paganini, of Acqua di Parma, concurs. ‘It’s an art and a know-how,’ she says. ‘It needs to be developed, like any other skill. Of course, there are those who are born with a natural keen sense of smell, which makes them the rare outsiders.’ And also, perhaps, the luckiest folk of the lot.

Source: Curious Questions: Why is smell the most evocative of our senses? – Country Life