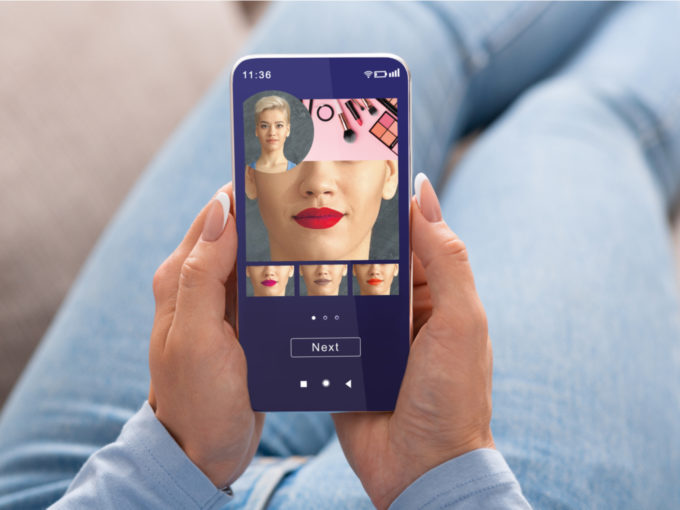 The ‘story’ continues to be the fundamental factor in connecting consumers with brands. Advancement in technologies have brought in dynamic digital realities to be the new way of storytelling. A promising way of digital realities is augmented reality (AR). With augmented reality, consumers can connect with brands on a more emotional and empathic level. Marketers are now able to tell stories through immersive and 3D experiences with the end user taking control of the storytelling.

Let’s take a step back and dive into what exactly is augmented reality. The generic definition of AR as defined by Investopedia is that it “is an enhanced version of the real physical world that is achieved through the use of digital visual elements, sound, or other sensory stimuli delivered via technology”. In other words, AR incorporates visual elements via a camera for the end user to experience a live image. Typically, AR experiences are more social and focus more on shared experiences.

The most prominent example of AR that comes to most minds is Pokémon Go. In 2016, Pokémon Go became a global sensation with over 100 million estimated users at its peak, according to CNET. Its creators raked in over 1.2 Bn USD in worldwide revenue. How did the game incorporate AR, you ask? The game allows users to see the Pokémon characters bouncing and running around in their own backyards, roads and cities. The users then try to capture these pocket monsters and use them to battle other users in AR gyms.

According to a recent report by Statista, the number of mobile AR users is expected to reach over 800 million and forecasted to grow to 1.73 billion by 2024. The AR market is believed to cross the mark of US $61.39 Bn by 2023, in comparison to the $2.39 Bn in 2016. Augmented reality’s  malleability to be used in every industry – be it video games, live events, video entertainment, healthcare, real estate, retail, education, engineering and defence – has led to its compound annual growth rate of 76% in India. It is no surprise that Flipkart Group acquired a 100% stake in AR company Scapic in November 2020 to enhance its immersive online shopping experience capabilities for users, especially after increased online adoption behavioural changes after the pandemic.

Today, it has become almost common to see augmented reality capabilities as a marketing tactic.  Movies and products are increasingly inching towards AR to promote themselves in a more visual, fun and creative manner. Expect a static poster coming alive on your Instagram or Snapchat via a new filter when a film releases. This was the case of the recently released film Coolie No. 1 where users could experience the two avatars played by the actor Varun Dhawan in the film. Instagram users were able to customize their Coolie No. 1-themed content before sharing it as a Story on their feeds.

Similarly, the Tamil film Yuvarathnaa launched India’s first AR enabled T-shirts. The user simply has to scan the QR code from the t-shirt on their phone to be redirected to the Instagram filter on the social media app. Users focus their cameras on the t-shirt image to enjoy an AR experience which they can share with their friends. Olay India used a similar strategy to increase their brand engagement. The brand promoted their product, Olay Retinol24, via a new type of fun and interactive AR filter. Users were asked about the product’s benefits – they had to burst the bubbles with the correct answers on the screen with a simple tap to gain points.

Another more obvious way to use augmented reality to promote products is through the “Try Before you Buy” feature. For example, the jewellery brand Ishaara introduced an AR filter where users could try on the brand’s diamond choker on themselves virtually to see how it would look on them. Consumers can share this look with their friends, allowing for higher brand engagement with the users and their peers.

The same “Try before you Buy” approach is also incorporated into advertising campaigns. Brands can incorporate virtual tours or create branded in-app games to generate more traffic and at the same time, make sure customers are having fun. As a result, customers build a strong emotional connection with the brand, having better brand recall. Brands have noted that AR technology not only helps to drive sales for the brand’s tech-savvy consumers but also encourages these consumers to become brand ambassadors by recording and sharing their experiences online. In this way, augmented reality is proving to be an effective solution for industries that struggled with gaining online shoppers’ trust.

With over 760 Mn smartphone users in India, augmented reality has the ability to revolutionise the consumer experience. With rising customer expectations and changing customer behaviours, it becomes imperative more than ever for organisations to deliver the best possible experiences. AR has already showcased its capability to deliver unique interactions for users, allowing brands across all industries to connect to the next generation of consumers with a simple tap into their mobile devices. With the increasing number of users making and sharing AR content, AR has opened the way for organisations to truly reinvent product interactions and speak with their consumer on a more personal level.

Source: How Augmented Reality Is Changing The World Of Marketing For Brands