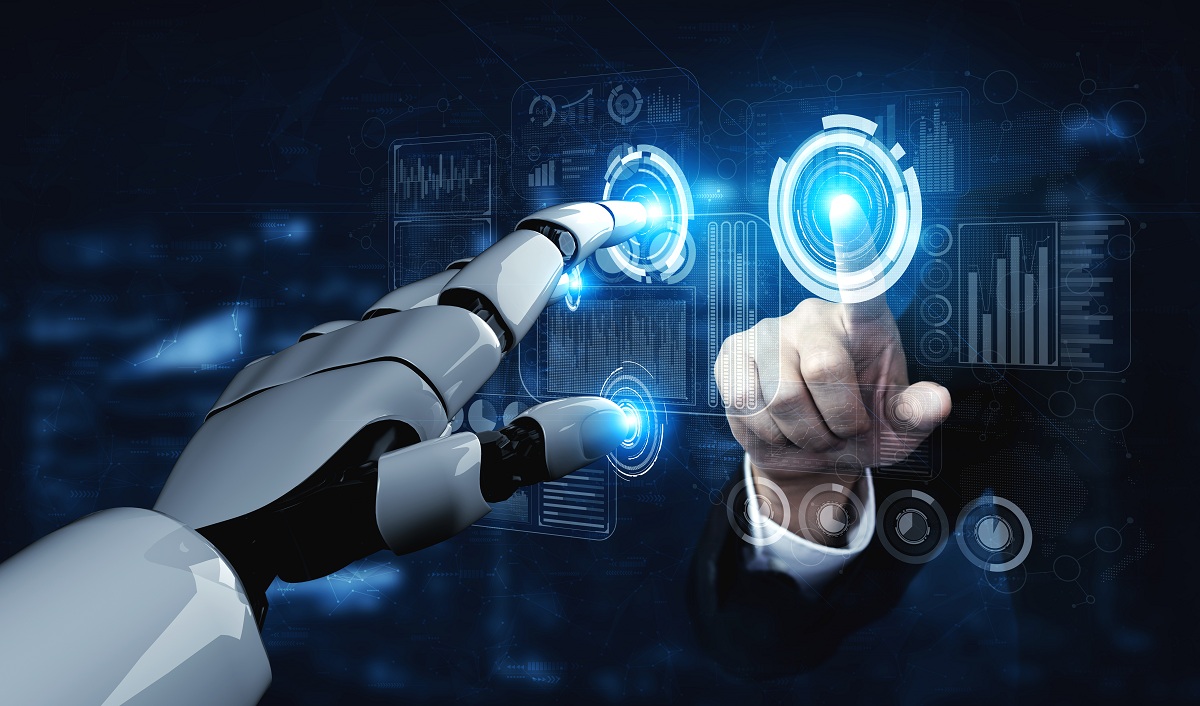 By msensory team17/04/2022No Comments
As the Metaverse expands, it will develop online spaces that allow for more multidimensional user interactions than present technology allows.

The adoption of augmented reality (AR) technology, which allows users to view the actual environment superimposed with digital data, has the potential to transform the retail industry. While consumer adoption of augmented reality has been slow, continued investment in the technology and the Metaverse idea show that big tech still sees value in the technology. Indeed, it’s probable that people will first encounter the enterprise Metaverse in the retail stage when augmented realities are largely used for commercial purposes and consumer involvement.

Skeptics exist for almost every major technological advancement. Social media and smartphones were no exception. The Metaverse, on the other hand, is distinct in that it is the result of numerous innovations, rather than a single one, that is moving it forward. The Metaverse is a digital reality that integrates social networking, online gaming, augmented reality (AR), virtual reality (VR), and cryptocurrency to allow people to connect virtually. To improve the user experience, augmented reality adds visual components, music, and other sensory input onto real-world settings. Virtual reality, on the other hand, is wholly virtual and enriches fictitious realities.

As the Metaverse expands, it will develop online spaces that allow for more multidimensional user interactions than present technology allows. Users in the Metaverse will be able to immerse themselves in an environment where the digital and physical worlds collide, rather than only watching digital content. The idea of constructing a network of the 3D virtual worlds is now extremely plausible thanks to a mix of technologies such as 5G, 3D, AR, VR, blockchain, cryptocurrency, and cloud computing. And this time, there’s a significant sum of money at stake.

Every major tech business, from Amazon to Microsoft, is involved, indicating that significant change is on the way. Not to mention Facebook’s high-profile rebranding to Meta, which came with a $10 billion expenditure plan and 10,000 new recruits for its new Metaverse section – only in 2021. But, in today’s world, what does it all imply for retailers and e-commerce players?

While many people are still pondering that question, others are jumping right in, tapping into rich new markets and reaping the benefits of client loyalty. The retail industry’s push into the Metaverse was pioneered by fashion brands. Nike, Gucci, Louis Vuitton, Tommy Hilfiger, and Forever 21 have all used Metaverse marketing in their campaigns. Nike has filed many patent applications, including one for a Metaverse Studio, one for opening Nikeland on Roblox, and one for purchasing RTFKT, a virtual fashion firm that makes virtual shoes and collectibles.

Sephora was one of the first companies to embrace digital technology. With a cosmetics software that employs face recognition to allow consumers to test on items from home, the global retailer helped launch virtual and augmented reality into the beauty business. Consumers who use Meta’s virtual reality headsets will be able to star in their own cosmetic demonstrations, share their favorite products with friends, and try out the latest Sephora product launches without ever having to step foot inside a Sephora shop.

As millions of individuals currently log into existing Metaverses on a regular basis, organizations targeting these demographics will have access to entirely new markets and income streams. The next phase of e-commerce is already evolving, as customers get more used to mixed reality.

Although the notion of the Metaverse is new, virtual connectedness in e-commerce is already well-established in consumer buying behaviors. The use of virtual reality gadgets is increasing dramatically. According to a Snap and Deloitte study, almost 75 percent of the worldwide population and virtually all individuals who use social applications will be frequent augmented reality users by 2025.

Following the global health pandemic, AR and VR become indispensable tools for things that were previously more difficult and risky to purchase online, such as furniture. The opportunity to envision and try out things in the comfort of one’s own home before making a purchase was a game-changer for many e-commerce stores. Although a larger adoption of VR is necessary to completely immerse oneself in the Metaverse, its emergence is widely recognized as a logical way ahead.

According to GlobalData, the retail business is rapidly transforming, and the shops that offer a genuinely multichannel experience will emerge as winners in the near future. In this case, AR may be a beneficial tool for merchants, allowing them to merge the physical and virtual worlds and adapt to the new retail model.

The pandemic has provided merchants with the chance to see the value that augmented reality may provide. During lockdowns, giving customers the option to visualize things in their homes was a lifeline for companies whose storefronts were shuttered. AR may be utilized by retailers to address some of the difficulties they face today, from warehouses to e-commerce sites and storefronts. In the coming years, a key principle will be to create extremely engaging and buzz-worthy experiences that do not necessitate physical presence.

The general consensus is that the Metaverse will function as a parallel virtual world in which people will be able to perform anything they do online in 3D, including work, shopping, playing, and socializing. Consider it the internet come to life, or at the very least rendered in 3D.

Virtual showrooms and shops have come a long way since their inception. Virtual stores are not only efficient and time-saving for customers, but they also assist sellers to reduce returns and extend their client base by reducing returns. Customers will be able to discover things more quickly, and personalization will be significantly better than in traditional stores. The Metaverse provides the visualization and involvement that online buying does not. Many of the features are specifically designed for retailers. Customers may try out several models and examine different features, resulting in an increase in time spent in stores, which is a sales metric.

The Metaverse is a fantastic fit for Gen Z since they are highly comfortable with the virtual experience. Retailers have realized that going where the customers are rather than attempting to attract them to physical stores is the preferable approach. Furthermore, virtual networking has increased around the world. Mobile will continue to be the favored device for consumers to access AR experiences for the foreseeable future. Many businesses, including retail, are evaluating AR use cases outside of the consumer market.

Another emerging trend is the consumers increasing concern about environmental sustainability and demanding greater openness and responsibility in the manufacturing of their goods. AR can be effectively utilized here because it gives users a more complete image of how consumer packaged goods are made, allowing them to see data visualized beyond statistics, down to the most minute elements of the manufacturing process. This might be done through the retailer’s shopping app, or using QR codes that link to progressive web app experiences at the level of a brand or industry body.

On a store level, one might use computer vision to allow shoppers to scan the entire aisle with their phone’s camera to discover which is the most sustainable, providing them another dimension to consider when making purchases beyond price and brand. Data design magic may put the effect and value of the product customers are contemplating purchasing into context, which can lead to significant alterations in consumer behavior. While we are only at the beginning, shops now have the option to promote or sell actual and virtual items in front of millions of active consumers.