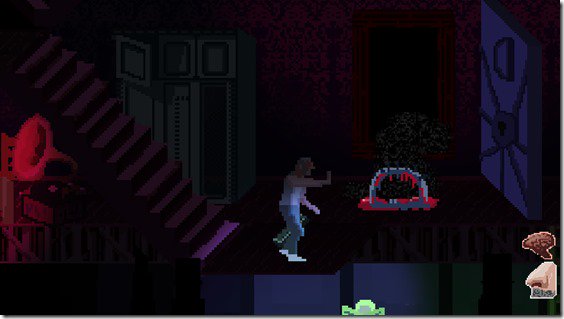 Blind Boris’ protagonist cannot see, so players must rely on what he can determine from his other senses in order to avoid danger and death.

After two weeks spent in a hospice, Boris starts to notice staff disappearing, terrible noises in the building, and aggressive creatures in the halls in Blind Boris, a horror game with a blind protagonist.

Blind Boris will have players working their way through darkened halls using Boris’ memory, his sense of smell, and his hearing to extrapolate what’s near him. This means that players may have an incomplete picture of what’s going on around them, but can still figure out vague shapes and features of what is nearby. This also means that attacks may come suddenly, with players in constant danger from presences they will only be able to notice once they’re close.

Boris isn’t defenseless, though. Players can pick up items that they can cobble together into useful tools and traps. These traps can stun an enemy, leaving them vulnerable to Boris’ fists, or they can make their presence known to the player so they can avoid them easier.

Defeating foes is not mandatory in Blind Boris, as the main objective is to find the items needed to unlock five doors and escape. Players will want to take care to take Boris’ medication as they do this, as it will help his memory stay stable enough to recall the details of rooms he has been to before (and it will also save the game).