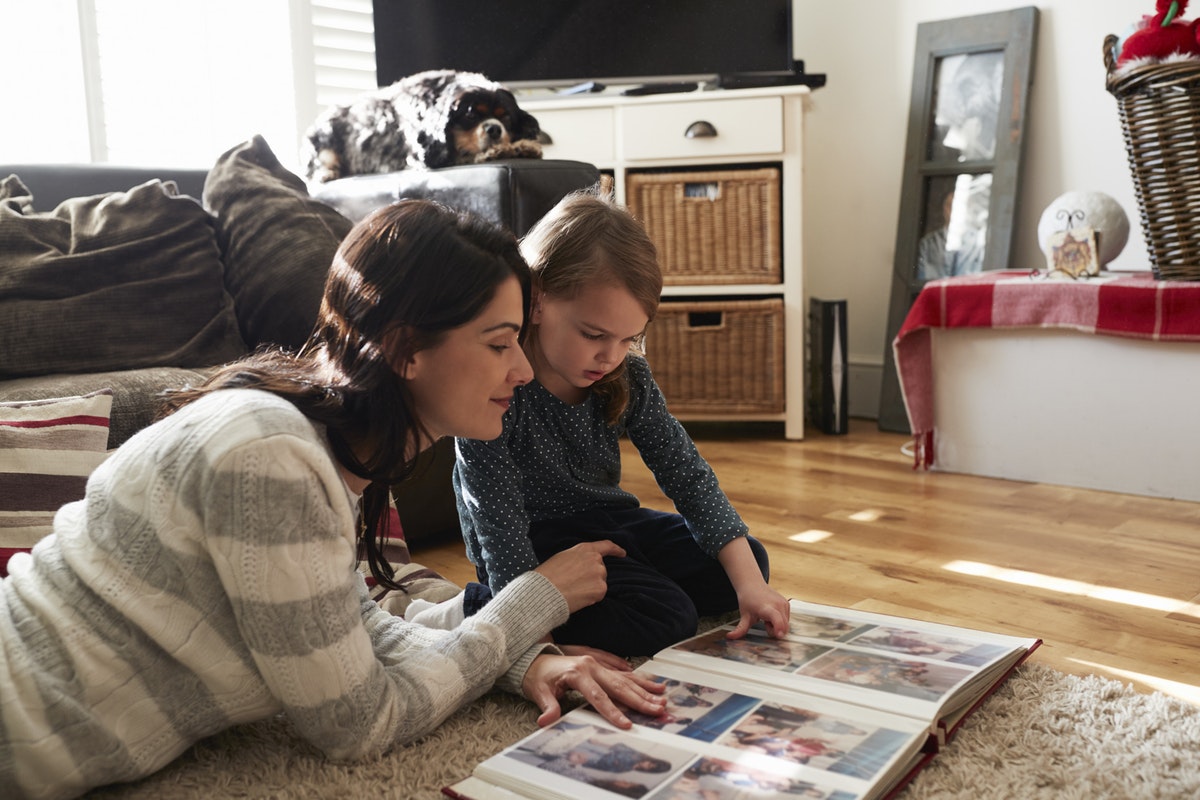 Think of your earliest memory. What can you remember? Is it the smell of your grandfather’s Sunday gravy? Maybe you can recall the feel of your mom’s nightgown as you cuddled up next to her at night. Dig deeper. It’s possible you remember that trip to the zoo with your aunt and uncle. You got a huge popcorn and it spilled. You remember it clearly, you even have a picture. Wait, do you really remember that day? You may not. It’s easy to feel like you remember things from photos, but do pictures help memories for kids? Are you really recalling that day, or have you just seen the photo so much you feel like you do? It turns out, a picture is worth a thousand neurons firing.

In the field of cognitive science, there is a phenomenon known as “false memory implantation.” It is, according to Brown University researchers, the system by which the collective conscious, stories repeated, or sometimes photographs, can be used to implant or enhance recall that might not actually exist in such detail. Our brains work at filling in the gaps with creative mechanisms that build the story. This is especially true in the case of children. Because recall of early years is so fluid and fleeting, pictures play a large part in organizing recall and affecting memory, noted Psychology Today.

Children, especially young children, have a difficult time forming complex memories and holding on to them. This is referred to as “childhood amnesia.” It’s a gap you likely have that starts at birth, and lasts about the first seven years, noted The Independent. The process of memory cognition and awareness continues to mature into adolescence, which explains why even older children have difficulty remembering their youngest years. As per The Independent, “We know that the typical boundary for the offset of childhood amnesia — three and a half years — shifts with age.” This means that an older child may remember before this period, but as their recall develops, the maintenance of these memories fades.

Photographs do two things, according to researchers published in the Psychonomic Bulletin and Review. First, they enhance the capacity for recall, allowing children and adults alike to form a more complete image of the nascent idea of the period in their brain. However, they might also be creating an entirely new narrative in the minds of children, implanting these “false memories,” particularly in those very young. In some cases, the photograph might not even feature them, but they can develop a memory based on the image. Researchers wrote, “Our results show that false photographs, like false narratives attributed to parents, can produce false memories of childhood experiences.”

Psychologist Linda Henkel told NPR in an interview, “As soon as you hit click on that camera, it’s as if you’ve outsourced your memory…” She said that in taking those pictures of our kids and ourselves, we’re “…taking away from the kind of mental cognitive processing that might help us actually remember that stuff on our own.”

A researcher at McGill University in Montreal has an additional theory about memory. As per Smithsonian, Nader “believes that the very act of remembering can change our memories.” In Nader’s hypothesis, simply looking at images, videos, and forcing recall of our lives, shifts perception in our or our children’s minds.

We are a picture-taking society. Everyone has a high resolution camera in their pocket all the time. But it’s not always the best way to remember, children and adults alike. Do photos create memories for young kids? Scientists and psychologists believe it’s possible. As to whether or not that’s a negative thing to happen? I think that would largely depend on the memory created. But maybe, every so often, put down the camera, and make a different, more genuine sort of memory.

Source: Here’s How Your Child’s Memory Of Events Is Impacted By Photos