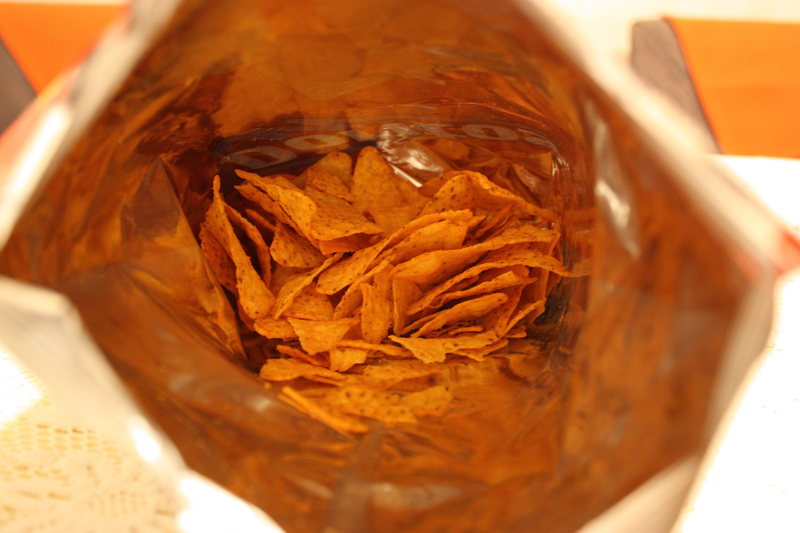 Any snacker worth her salt will tell you that the main appeal of a chip is indulging in all of its crunchiness. This is especially true of Cheetos and Doritos, whose satisfying crunch and leftover dust make for visceral, satisfying snacking.

But these pleasures are apparently reserved for men. As PepsiCo’s C.E.O. Indra Nooyi said on a much-criticized Freakonomics Radio segment last week: “Women … don’t like to crunch too loudly in public. And they don’t lick their fingers generously, and they don’t like to pour the little broken pieces and the flavor into their mouth.” Nooyi went on to say that the company was looking into introducing “snacks for women” that have less crunch and less of the delicious dust.

The internet immediately pounced on the ridiculous idea that women are clamoring for crunch-less and dust-less Doritos. PepsiCo has since assured people in a statement that, no, they won’t release a gendered Dorito. “The reporting on a specific Doritos product for female consumers is inaccurate. We already have Doritos for women—they’re called Doritos, and they’re enjoyed by millions of people every day,” it reads.

Yet the proposed chips are not only insulting—they are doomed to taste inferior. A big crunch can make food taste fresher and more delicious, as evidenced by a landmark 2004 study in Journal of Sensory Studies. Potato chips are even the poster child of this phenomenon.

In the study, experimental psychologists Charles Spence and Massimiliano Zampini investigated whether perceptions of taste changed when they tinkered with the sounds people heard. Testers sat with headphones in a soundproof booth and rated, based on what they heard, whether a Pringles chip tasted fresher or crispier when they bit into it. By slightly tweaking the sounds in participants’ ears (some of the crunching sounds had the high frequencies magnified, while others had more muffled sounds), Spence and Zampini discovered that people who heard the high-frequency crunching thought the chips were roughly 15 percent fresher. Additional research has shown that as a food’s crunchiness, crispiness, or crackliness increases, people report it as being a more enjoyable experience.

The study received the Ig Nobel prize in 2008, which is awarded to humorous and unusual research. It’s also now a touchstone for the study of how sound factors into our enjoyment of food and drink ranging from Pringles to champagne. As Spence notes in his book Gastrophysics, “We all come to enjoy those foods that make more noise, because they probably have more of the rewarding stuff in them.”

That’s because crunch is not only a sound, but a sensory cue that tells our brain we’re about to enjoy something especially fresh and inviting. What’s more, qualities such as crunchiness and crispiness are often entwined with high fat content. So the louder the crunch of a chip, the more enjoyable it is—for everyone.

Source: ‘Doritos for Women’ Were Doomed to Taste Terrible

“My beloved Africa, the fauna, flora, sounds, and smells which you will hold in your memory for years to come.”