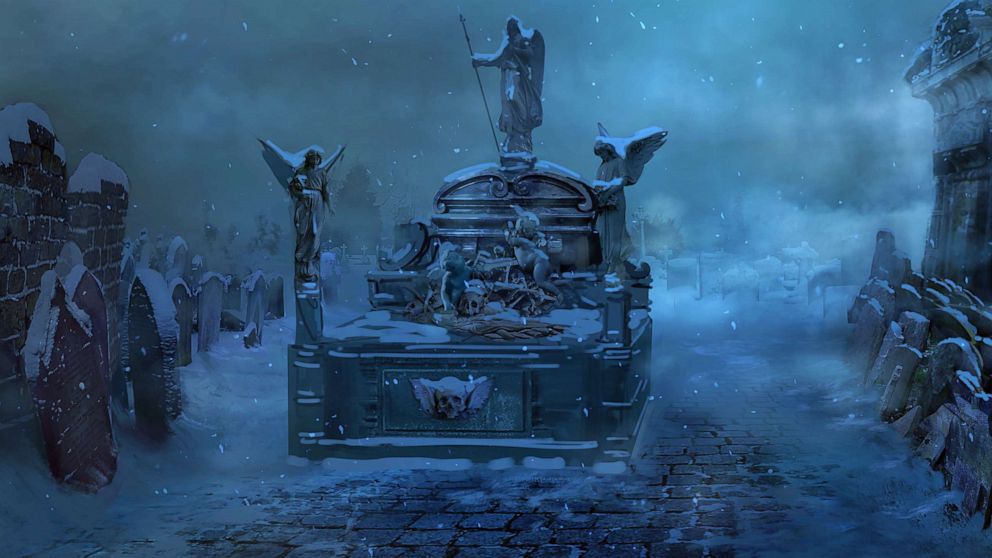 Hang out with ghosts, fly around a prehistoric world or travel with an indigenous tribe in the Amazonrainforest.

In recent years, an increasing number of pop-ups and other location-based virtual reality arcades have allowed people to go beyond simply strapping on a headset by incorporating multi-sensory interactions like motion and scent. Arcades like The Void’s “Ghostbuster” experience or Spaces’ “Terminator Salvation VR” offer a total-body experience with haptic feedback and an array of user interactions.

“We’re going beyond two senses,” founder and CEO Charles Melcher told ABC News. “Our organization is meant to support and elevate the next generation of storytellers, marrying content and technology.”

“Chained: A Victorian Nightmare” puts users in Victorian-era London in a retelling of the Dicken’s classic “A Christmas Carol.” Upon entering, users interact with live actors — “ghosts” — in the digitally created world of old London. The “ghosts” serve as guides for the delightfully ghoulish experience, interacting in real time.

“Jurassic Flight” transforms users into a flying reptile known as a Pterosaur, providing a full-body experience. The user is placed on a robotic motion platform paired with a mechanical airflow system that together simulates flight. Once strapped in, users travel back 150 million years and soar through the skies of this ancient Jurassic world.

In “Munduruku: The Fight to Defend the Heart of the Amazon,” users sit inside a pod that, along with the headset, mimics the climate and scents of the Amazon rainforest. The story takes you to the Munduruku indigenous people of Brazil as they strive to save their home from deforestation.