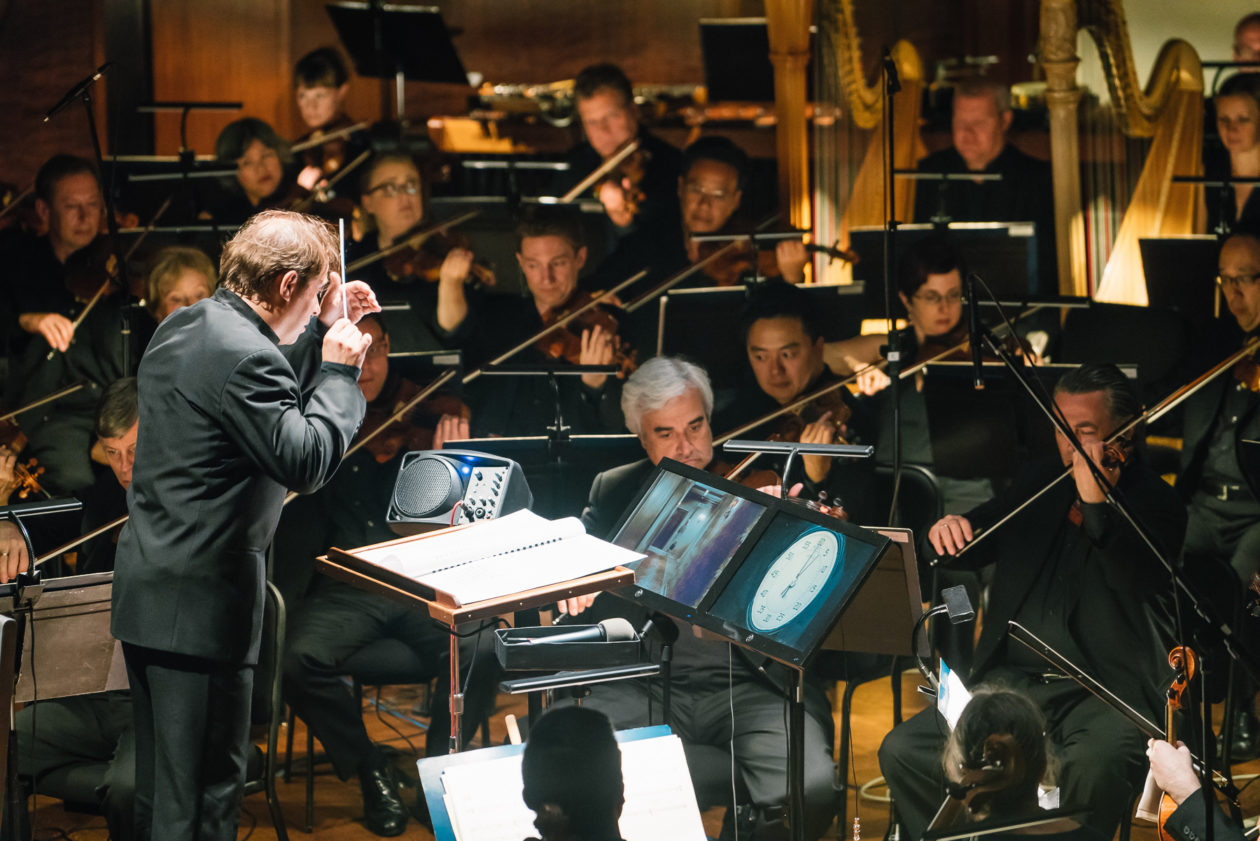 From Harry Potter to Star Trek Beyond, behind the scenes with Seattle Symphony’s multisensory tech

What do Casablanca, Star Trek Beyond, and Looney Tunes have in common? All have been accompanied on the big screen by the Seattle Symphony, live, in concert.

But it’s not simply a matter of picking up a cello and playing along. From carefully synchronized digital projection to additional keyboards providing sound effects samples, the technology behind the scenes belies the on-stage image of hundreds-year-old instruments and paper sheet music.

It turns out Seattle’s symphony was one of the first orchestras to incorporate films into “multi-sensory” programs, and an overall early experimenter with tech — overt and hidden. “Seattle audiences are so sophisticated and adventurous that it’s allowed us to do things and take risks that other orchestras might not have been able to do,” said Kelly Woodhouse Boston, Seattle Symphony director of operations.

Woodhouse Boston and Joseph Kaufman, the Symphony’s assistant principal bass, joined GeekWire for an episode of our special podcast series on the arts, science fiction and pop culture. We discussed how the Symphony mixes tech and technique to appeal to new audiences and present hybrid (but not quite cyborg) performances.

It doesn’t hurt that Seattle is known for technology. “I think the fact that it’s a technology hub gives us the freedom to program things that otherwise we might not be able to, because our audiences will come,” Woodhouse Boston said. It also might help explain why many of the movies accompanied live by the Symphony have a decidedly science fiction or fantasy tilt: 2001: A Space Odyssey, Lord of the Rings, and — most recently — Harry Potter and the Chamber of Secrets have been shown and performed.

GeekWire sat through a November rehearsal of the second Harry Potter movie concert, and noticed the tech touches: from a monitor with graphic overlays positioned directly in front of the conductor to keep the orchestra in sync with the screen, to sampling keyboards that could replicate film sound effects and instruments that weren’t on stage, such as a harpsichord.

Source: From Harry Potter to Star Trek Beyond, behind the scenes with Seattle Symphony’s multi-sensory tech