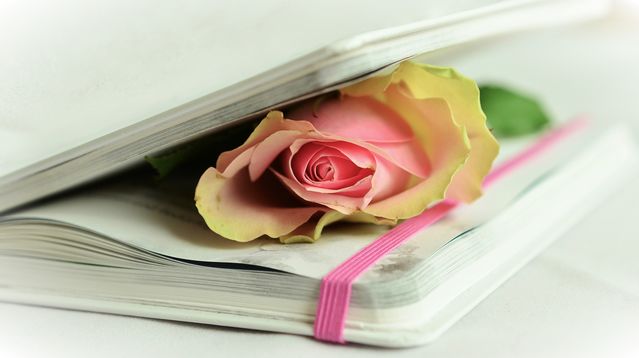 Forgetting to Remember the Past | Psychology Today

The American artist Andy Warhol was an obsessive collector of perfumes, in large part because of the power of their distinctive scents to transport his memory back in time. “I switch perfumes all the time,” he wrote in his diary. “If I’ve been wearing one perfume for three months, I force myself to give it up, even if I still feel like wearing it, so whenever I smell it again it will always remind me of those three months. I never go back to wearing it again; it becomes part of my permanent smell collection.” Understanding the power of smell to spontaneously trigger memories from our past, Warhol sought to exert some voluntary control over this involuntary process. “…by having smells stopped up in bottles,” he observed, “I can be in control and can only smell the smells I want to when I want to, to get the memories I’m in the mood to have.”

While all of us can relate to Warhol’s experience of being spontaneously transported back in time by a familiar smell, the haphazard nature of most such involuntary trips into the past makes one wonder about Warhol’s claim that, by isolating his use of a given perfume to a narrow window of time, he could “be in control” and access the memories he was “in the mood to have” at a given moment. In other words, how plausible is it to imagine that we can exert a degree of voluntary control over our involuntary memories? Given the fact that involuntary memories pack a much more powerful emotional punch than the memories we retrieve voluntarily, is it possible to voluntarily target certain memories for later involuntary retrieval? A recent study in Denmark leads one to believe there may been some merit to Warhol’s perfume path to the past.

Soren Staugaard and Dorthe Berntsen conducted a pair of studies “to investigate the effects of cue distinctiveness and the passage of time on the accessibility of involuntary and voluntary memories.” In each of the two studies, participants were randomly assigned to one of two “retrieval conditions” (voluntary or involuntary) and to one of three or four “retention intervals” (immediate, 24 hour, or one week in the first study; and immediate, 24 hour, 72 hour, or one week in the second study). During the encoding task, all participants were presented with a series of pictured scenes, each of which was accompanied by a sound. The sounds which accompanied the scenes were either unique (distinctive from all other sounds in the set) or repeated (similar but not identical to three other sounds, such as four different dogs barking). After being presented with the picture-sound pair, participants were asked to describe the pictured scene using one to three keywords.

For the retrieval phase of the studies, participants either remained in the laboratory for a few minutes, or left the laboratory and returned after an interval of 24 hours, 72 hours, or one week. Participants in the involuntary condition performed a visual attention task (describing the position of a yellow star that appeared periodically on the screen) while the sounds from the encoding phase were replayed along with an equal number of “filler sounds” not played in the encoding phase. Having been led to believe that locating the star was the primary task, they were asked to indicate whenever any image “suddenly and unexpectedly” appeared in their minds, and then to describe that scene in one to three keywords.

Participants in the voluntary condition were presented with the sounds and asked to try to retrieve a scene from the encoding task in response to each one and to describe that scene in one to three keywords. In both conditions, “correct” memories were those in which keyword responses corresponded to the scene with which the sound had been paired during encoding. Errors were memories recorded in response to filler sounds, or keyword descriptions that did not match any scene from encoding. Correct memories were then analyzed in relation to retrieval condition (voluntary vs. involuntary), retrieval interval (amount of time between encoding and retrieval), and cue distinctiveness (unique or repeated sounds).

With his scent strategy for targeting periods of his life for involuntary memory retrieval, Andy Warhol was instinctively tapping into some of the characteristics of autobiographical memory revealed in these two studies. By creating a reservoir of environmental cues with which to trigger involuntary memories, he was bypassing the progressively less effective strategic search involved in voluntary retrieval of memories from the same time periods. And by limiting his use of a given perfume to a three-month window, he artificially increased the distinctiveness of the scent as an olfactory cue by narrowing the scope of experiences associated with it, thus improving his chances of involuntarily triggering the kind of memory he was after without actively searching for it.

Warhol never commented on the success or failure of his perfume collection as a means of being “in control” of his involuntary memories but based on the findings of these two studies he was on the right track. The farther away we are from a memory in our past, the more likely we are to have to stumble upon it spontaneously than to seek it out and find it on purpose. But the more distinct the environmental cues associated with it, the more likely we are to find it in our path when we encounter those cues. And who knows? Perhaps it’s even possible to plant, as Warhol tried to do, distinct cues in our past that can act as time capsules in our present, granting us involuntary access to memories that lay beyond our voluntary grasp.

Source: Forgetting to Remember the Past