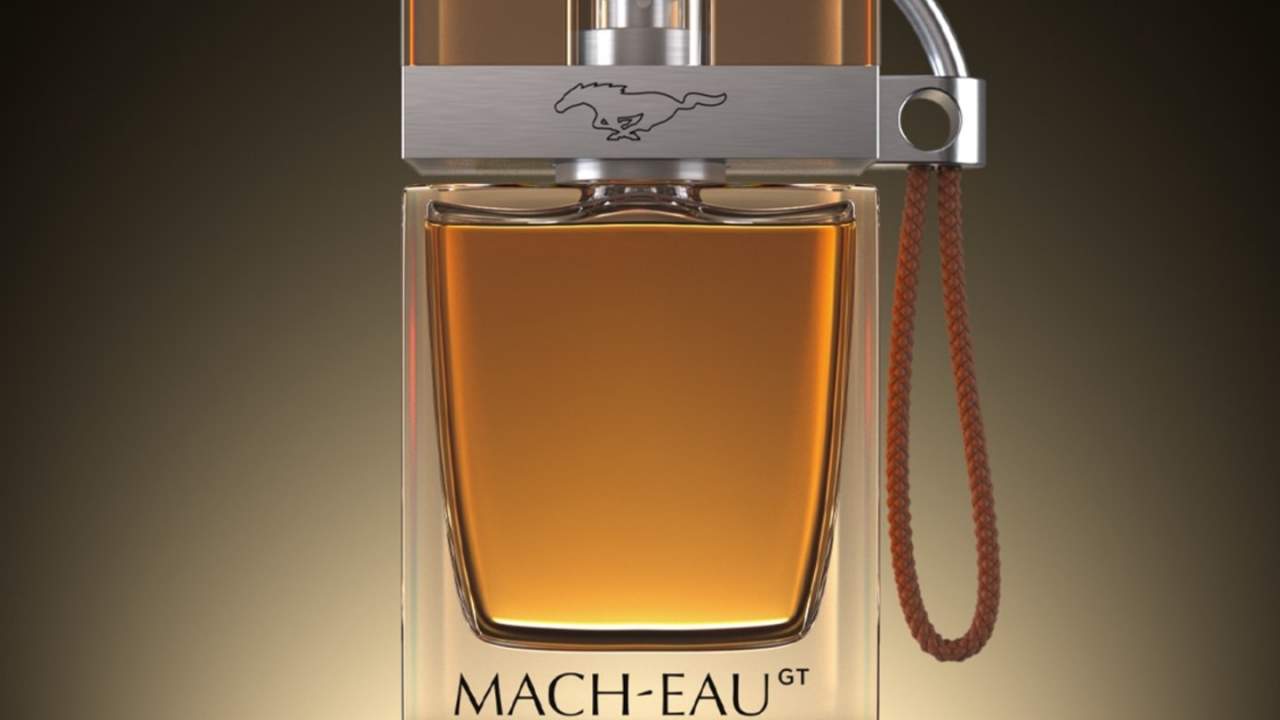 In what is apparently a very real thing, Ford teamed up with fragrance company Olfiction to develop Mach-Eau, a bottled scent that gives those who sniff it nostalgic undertones of gasoline and new car interiors. The fragrance — which you can’t buy, so don’t get too excited — was inspired by electric vehicle owners who said they missed the scent of gasoline.

On Saturday, July 15, Olfiction revealed that it had been commissioned by Ford to develop a unique fragrance dubbed Mach-Eau, a name that promotes the company’s Mustang Mach-E GT electric vehicle. The fragrance isn’t being made available for purchase; instead, Ford introduced it at the Goodwood Festival of Speed event.

The inspiration for the novelty fragrance was fairly simple: apparently, a notable percentage of future EV owners would miss the smell of gasoline, which itself is a popular scent that, unlike new books and freshly uncorked wine, is unhealthy to indulge in. That’s according to a survey Ford commissioned.

If you’re imagining gasoline in a bottle (seriously, don’t sniff gas fumes), think again. Olfiction created a novelty fragrance that captures the overall smell of the petrol car experience, including ingredients that cover scents you’d get from car interiors, rubber tires, and even an “animal element” that hints of horses (the fragrance is to promote the Mustang, after all).

Judging by our survey findings, the sensory appeal of petrol cars is still something drivers are reluctant to give up. The Mach Eau fragrance is designed to give them a hint of that fuel-fragrance they still crave. It should linger long enough for the GT’s performance to make any other doubts vaporise too.