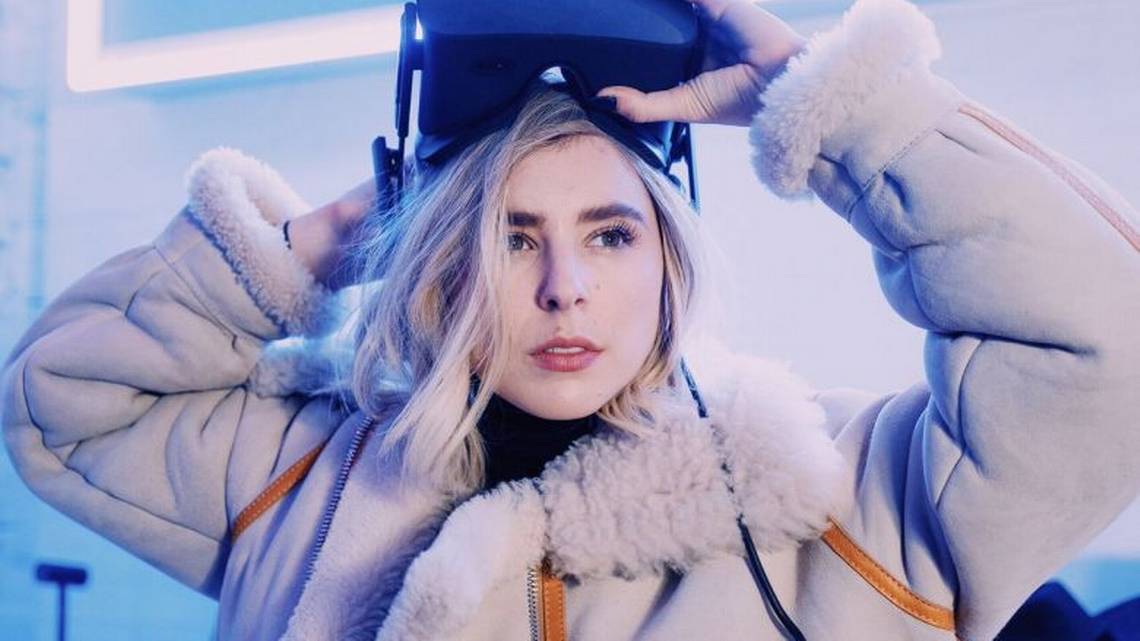 Eliza Mcnitt, director of the virtual reality series “Spheres,” which was produced by Darren Aronofsky and sold for seven figures at the 2018 Sundance Film Festival. The series is one of the big attractions at this year’s FilmGate Interactive Media Festival, running Nov. 30-Dec. 6. FILMGATE.

Virtual and augmented reality used to be called the future of entertainment. Now, the future is here. That’s not only according to Diliana Alexander, executive director and head programmer of Miami’s FilmGate Interactive Media Festival, but the new tech’s arrival in the mainstream. Case in point, Facebook’s Oculus Go introduced this year and hot on holiday wish lists. The under $200 standalone virtual reality headset is one of a few introduced this year that is placing VR square in the hands of consumers.

Alexander won’t say she told you so, but, well, she did.

In 2013, Miami hosted its first FilmGate Interactive Media Festival, which started with a Knight Arts Challenge grant. “FilmGate came out of curiosity,” she admits. A firm believer in audiences craving immersion and the ability to connect across many platforms, she created South Florida’s first fully interactive film and new technology conference. “I wanted to showcase how new technology is influencing what’s to come in entertainment, storytelling, film, and art.”

The first two years, the hybrid of part conference, part festival, was a small gathering, Alexander says. “We had to explain what we were showcasing because of it being such a new medium.”

In the second year, FilmGate presented three virtual reality projects. “The line was around the corner. This year, we have 50, which is a really big jump.”

Also, this year, the festival has moved from its usually February slot – “we were sandwiched in between the Food and Wine Festival and the Boat Show, and that really didn’t make much sense,” says Alexander. The sixth edition of FilmGate is purposely programmed to co-exist in the space of Miami Art Week.

Alexander says it coalesced from a work FilmGate was involved in last year during Basel, an on-the-beach spectacle, at the Faena Art Dome. “I knew we already had our audience. Our artists are excited to be part of the larger picture of Art Week, too.”

The convergence of creators, investors, fans, and journalists already involved in interactive media, entrepreneurs just getting started, or those who want to explore the medium, will find, what Alexander calls, “all the great possibilities of constantly emerging technology.”

During the day, workshops and panels include conversations about creating live immersive experiences and developing compelling augmented reality.

Alexander says the big players in new tech will be at the festival including South Florida based Magic Leap, HP, Technicolor, and Sony, to name a few. “The aim of the fest is to expose these new tech developments to creators, so they are able to include them in their tool box.”

But what’s all this talk without a chance to experience this bold, new world? Alexander is just giddy when she talks about transforming the sixth floor of the Mana building at 155 S. Miami Ave., into FilmGate’s interactive sensory playground of 50 virtual/augmented reality projects and installations.

There are plenty of don’t-misses for the curious, she says, but topping the list is the Darren Aronofsky-produced VR series, “Spheres,” which sold for seven figures at Sundance 2018, “Awavena,” which is coming to Miami after its showing at the Venice Film Festival, and “The Archivist,” created by South Florida developer Orly Rodriguez.

“They are all game changers, they are mind blowing,” says Alexander.