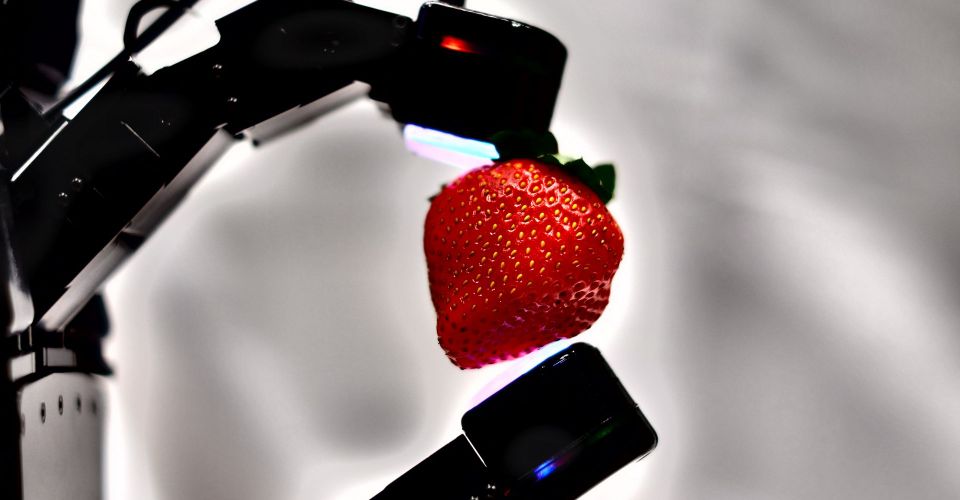 Facebook Wants To Give Robots A Sense Of Touch | Screen Rant

By msensory team03/11/2021No Comments
ReSkin is sensitive enough to detect 0.1 newton of force and each synthetic sheet is capable of executing over 50,000 physical interactions.

Tactile sensing is one problem that the robotics industry hasn’t been able to crack, but Facebook aims to solve this issue with a thin synthetic skin for machines called ReSkin that replicates human-level touch in the physical world. The company has been dabbling with advanced AI-driven robots for a while. Last year, Facebook open-sourced its work on DIGIT, a compact tactile sensor designed to be mounted on multi-fingered robotic hands. Tactile sensing is of extreme importance for helping robotic parts to execute actions with nearly the same level of finesse as human limbs and solving the ‘sensory deficit’ problem.

The natural receptors in the skin allow human beings to perceive physical attributes like temperature, texture, weight, and even the physical state of an object. While robotic parts can be armed with audio-visual knowledge using an AI-based model, the lack of tactile sensing is what currently holds them back. These learnings are of particular importance for Meta, as the company seeks to take cues from them while building the metaverse out with Augmented Reality (AR), Virtual Reality (VR) and Mixed Reality (MR) experiences.

That is where ReSkin is trying to fill the innovation gap. The Facebook AI division of Meta — formerly known as Facebook — has created a cheap and durable synthetic skin that’s just 2-3 mm thick and good enough for executing over 50,000 physical interactions. The synthetic skin is made out of a deformable elastomer that has been embedded with magnetic particles. The magnetic signals generated by these particles are recorded and then converted to useful data, such as the point of contact and the amount of force applied. The company claims that ReSkin can detect a force of as little magnitude as 0.1 newton on objects that are as thin as 1mm across. It can be of special utility for agencies like NASA which is currently testing semi-autonomous robots to perform a wide range of tasks in space.

One of the biggest advantages of ReSkin is its low price. Meta’s Facebook AI division claims that it costs merely $6 to produce 100 ReSkin sheets and that cost can be lowered further with mass production. Once a layer wears out, it can be stripped with ease and replaced with a new one. It can also be applied over robotic arms as well as human arms while performing day-to-day tasks to collect critical data for training AI models. ReSkin is said to serve as an excellent alternative to current sensors that are significantly more expensive, collect less amount of tactile information, and can’t be applied on all mechanical parts. It could potentially be of great value for products like Tesla Bot, providing Musk’s robot ever sees the light of the day.

Facebook AI says that ReSkin can be integrated with other sensors that record visual and audio signals towards creating multimodal data sets. To show the efficiency of ReSkin, experts applied it on robotic arms that handled soft fruits like a grape to demonstrate its tactile sensing. Created in collaboration with Carnegie Mellon University, the product is open-source and backed by a self-supervised learning algorithm to make the calibration process easier. Research data including design, relevant documentation, code, and base models will be opened up to encourage further research and development. Facebook researchers took a similar approach with its Ego4D project that aims to teach AI models by using videos captured from a human first-person perspective.

Source: Facebook Wants To Give Robots A Sense Of Touch | Screen Rant