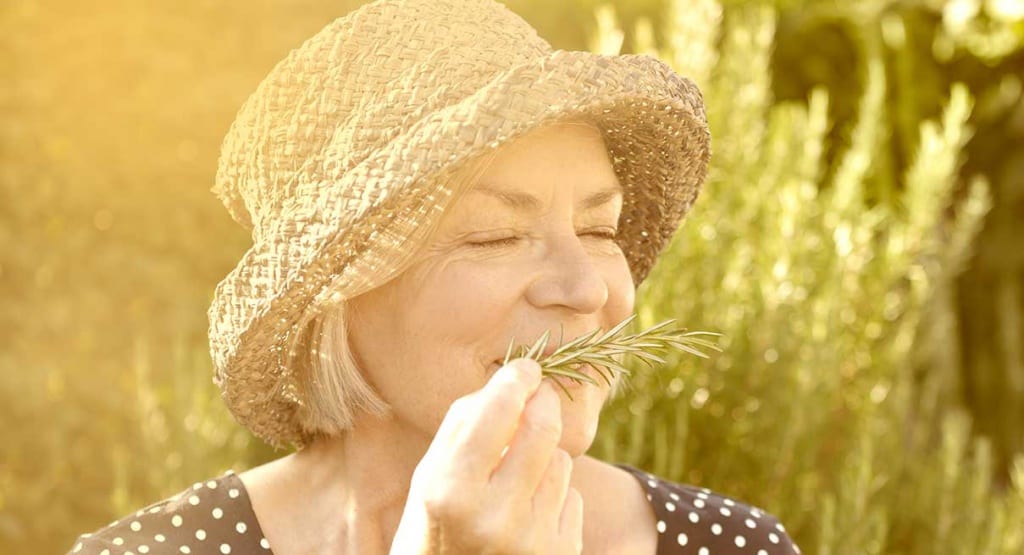 All memory techniques are aimed at enhancing declarative memory. Declarative memory is consciously accessible—like facts—and infinite. Vocabulary is a good example; you can recall definitions to words at will, and there’s no limit to how many words you can learn.

One important principle for improving your memory is focusing your attention on what you’re trying to learn. Inattention is the most common cause of forgetting.

Attention increases with interest. If you increase your areas of interest and you become more attentive, your memory also improves.

Even people with ADHD can learn and remember if they’re interested in the topic. Take your time. As novelist Milan Kundera wrote, “There is a secret bond between slowness and memory, between speed and forgetting.”

When it comes to specific techniques for improving memory, Dr. Restak recommends starting with sense memory because that’s the brain’s initial recording of physical sensations as they impinge on our sense organs.

Often, sensation occurs outside of awareness. To enhance memory, then, you must heighten conscious awareness. For example, the epigraph of the book The Motorcycle Diaries of Che Guevara states, “If you can see, look. If you can look, observe.”

Jose Saramago, the Nobel Prize winning author, had an uncle who described what a bull is like when faced with a bullfighter in this way: “He sees you, and then when he has seen you, he looks at you, and this time there is something different about it: he observes you.” This is an example of paying full attention and remembering important details, just like the bull is going to remember certain things.

A lot of times we go through life without remembering what we’re doing. Have you ever noticed someone looking at a watch and then a second later you ask them, “What time is it?” and they look again?

Why would that be? Didn’t they just look? Don’t they remember exactly what they saw? This example demonstrates how often we do not pay attention to our sensory input.

Here are some exercises to sharpen the special senses of taste and smell. Start by taking a number of spices at random and setting them on a table. Close your eyes and identify by smell alone such spices as oregano, mint, minced onion, sage, sweet basil, orange, cumin, and black pepper.

Olfaction sensory fibers connect to the brain with no intermediary; they don’t go through the thalamus, the portion of the brain that receives sensory inputs and passes them on to the cerebral cortex. Thus, they’re the most direct point of sensory input.

Now combine this knowledge with identifying spices in a meal that you are eating. Ask the cook what they put in it.

Cooking is one of the best ways to enhance your sensory memory along with episodic memory (memory of everyday events happening at specific times and locations) and your frontal lobe, the portion of your brain responsible for higher-level thinking skills such as reasoning, planning, and problem-solving. As you are cooking, the frontal lobe coordinates everything from making sure the food comes out right to ensuring that everything is ready on time.

“The older you are, the more difficult it is to learn to cook, but start wherever,” Dr. Restak said. “I started cooking only 10 years ago. I’m certainly not a chef, but I think I can make a decent meal.”

Source: Enhancing Your Memory Starts with Your Nose—and Paying Attention

For me, music is all about emotion and attitude.