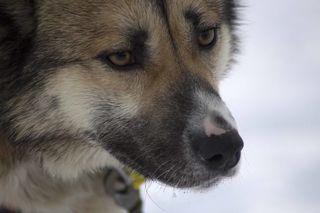 Although we can’t know whether an animal travels back in time in their mind to subjectively remember specific events, like humans do, experiments have revealed memories for what-where-when in animals such as birds, rats, and nonhuman primates. This has been dubbed “episodic-like memory,” since the subjective aspect of it is unknowable.

In a new study in the Journal of Comparative Psychology, researchers from Western University in Ontario, Canada, investigated whether dogs also possess episodic-like memory.

“Very often people are curious about whether their canine companion remembers a certain event: Does Maia remember that one time she slipped on some water by the elevators in Apartment C on a Tuesday evening?” says Gordon Ka-Ho Lo, the study’s first author, who is now at the University of Guelph. “We wanted to tackle a little bit of that mystery and see if dogs could remember those three crucial what-where-when components of episodic memory.”

Lo, along with his advisor, William Roberts, created a test of what-where-when memory specifically for dogs. In these experiments, odors were used for the what component, box locations for the where component, and time within a sequence of box visits for the when component. 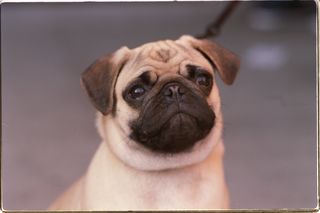 Dogs were sequentially presented with four odors that were visited at different box locations and at different times. Then they were tested on tasks that required the encoding and retrieving of memories for what odors were smelled at which location and at what times. In the test, two of the four scented boxes were tested and placed back at their original location. The dog could make one choice by knocking over a box’s lid. If the dog chose the lid that was presented earlier in time, they would receive a food reward.

Overall, dogs showed the ability to encode what-where-when memories and use them to perform the task. When asked to distinguish between the first visited box and another box, dogs consistently chose the first visited box. Further tests revealed that dogs could flexibly use their encoded what-where-when memories to respond accurately to unpredictable tests.

One important aspect of this study’s design is the use of odors. Dogs have an incredibly keen sense of smell and it’s been suggested that olfaction is a strong domain in eliciting emotion, learning, and memory.

“Animal cognition studies in general have historically been dominated by methods using primarily visual cues, perhaps because that’s an easier domain to work with or because it is a domain that humans rely on,” says Lo. “Using odors in our study led to some fascinating results and suggests that when designing experiments, incorporating sensory cues that fit the animals’ natural abilities is an invaluable consideration.”

This study is another example of how animals can demonstrate surprisingly sophisticated cognitive abilities – if we are smart enough to design tests that let those abilities shine.