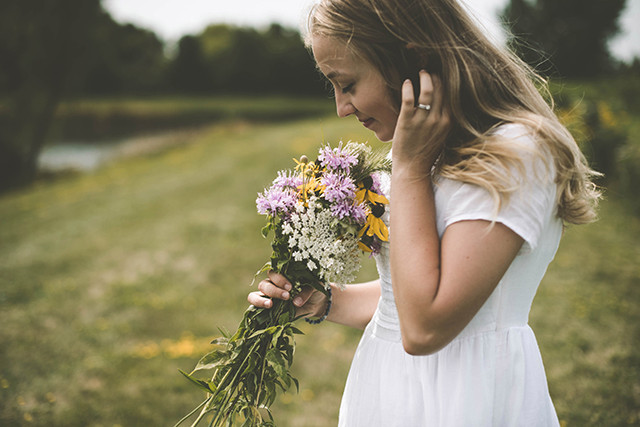 Losing the ability to smell — whether from an accident or an illness — can have a profound effect on people’s lives.

Just how profound is detailed in a paper recently published in the journal Clinical Otolaryngology. Based on the experiences of dozens of adults with anosmia, or no sense of smell, the British authors of the paper found the disorder disrupts almost all aspects of life, “from everyday concerns such as personal hygiene to loss of intimacy and the breakdown of personal relationships.”

Without smell, your food tastes different — often bland and unappetizing — and you can’t smell the aroma of coffee or the scent of a newborn baby. You also can’t detect the odor of a gas leak or smoke from a fire.

It’s not surprising, then, that the inability to smell has been reported in previous studies to be linked with high rates of depression, anxiety, eating problems, isolation and relationship difficulties.

Yet, people with anosmia say their symptoms are often treated dismissively, not only by their friends and family, but also by their doctors. That lack of empathy can deepen the sense of isolation they experience.

A need for more information

About one in 20 people have a smell disorder, points out Dr. Carl Philpott, one of the authors of the new paper and an ear, nose and throat (ENT) surgeon at the University of East Anglia’s Norwich Medical School, in a released statement.

The disorders are particularly common among older people. By the time people reach their 60s, about 25 percent of men and 11 percent of women in their 60s will have a smell disorder, U.S. health officials report.

The causes of anosmia are many and varied, ranging from “infections and injury to neurological diseases such as Alzheimer’s and as a side effect of some medications,” says Philpott. Despite the relatively large number of people affected, however, little research has been done on the disorder’s emotional effects.

Philpott and his co-author, Sally Erskine of the Smell and Taste Clinic at the James Paget University Hospital, decided to help close that research gap.

To do that, the two researchers reviewed detailed questionnaires filled out by 71 British men and women, aged 31 to 80, who had reached out to the Smell and Taste Clinic for advice about their loss of smell. The review was done in collaboration with Fifth Sense, a British charity for people affected by smell and taste disorders.

Because the people who volunteered to complete the questionnaires had sought help for their anosmia, they are likely to be among people with the disorder who are most affected by it. For that reason, the results of the questionnaires should not be construed as being representative of all people who cannot smell.

Still, the details in the questionnaires are intriguing and show how wide-ranging the effects of a loss of smell can be. For example:

“This had resulted in serious near misses for some,” he adds.

Concerns about personal hygiene can cause considerable anxiety, worry and embarrassment for people without a sense of smell, the questionnaires revealed.

“Personally I have found it very difficult when around people,” one person explained. “I am very strict about personal hygiene but still find it embarrassing when anyone mentions smells around me, after all how do I know it’s not coming from me?!”

Many of the participants said their loss of smell negatively affected their enjoyment of food.

“As a consequence of the reduced pleasure of eating, some participants reported a reduction in their appetite with subsequent weight loss,” write Philpott and Erskine. “Others reported a general decline in the quality of their diet with the reduced perception of flavours leading to an increased intake of foods with low nutritional value (particularly those high in fat, salt and sugar).”

Some people also said they had become embarrassed about serving meals to their family and friends — a factor that had disrupted their social life.

The inability to link smells with happy memories — holidays or favorite places, for example — was a problem for many of the participants.

“Smells link us to people, places and emotional experiences,” Philpott explains. “And people who have lost their sense of smell miss out on all those memories that smell can evoke.”

“I am sure there was an impact on sex and being close to my husband when he did not smell as he normally did,” one participant explained on the questionnaire. “Although our marriage was already in difficulty, I believe anosmia helped end it.”

Another participant recounted how the loss of smell affected her parenting.

“I had a baby boy born at the age of 45 and I could not smell him and therefore felt I could not bond with him like I had with my other four sons,” she wrote.

“Olfactory dysfunction has wide-ranging negative impact on sufferers,” Philpott and Erskine conclude. “[S]uch a large number and range of negative experiences of olfactory disturbance as described here should motivate clinicians to take such symptoms seriously and inspire researchers to further their understanding of human olfaction and therapeutic options.”

“Unlike glasses or hearing aids, no simple solutions are yet available for olfactory deficits,” they add, “but even if no reversible cause can be identified, clear information and support can now be provided.”

That support will require more empathy — from all of us, not just the professionals.