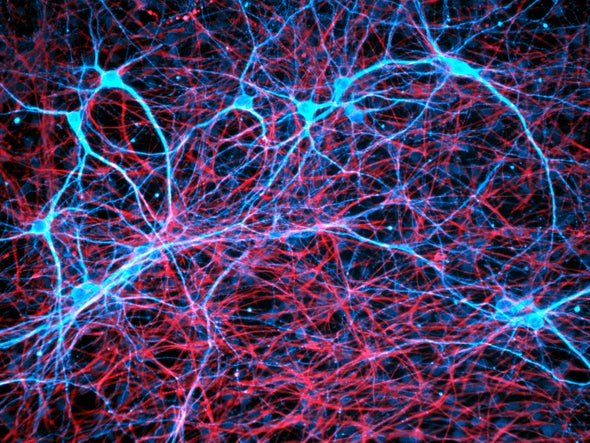 Neuroscientists have always presumed that learning and memory depend on strengthening or weakening the connection points between neurons (synapses), increasing or decreasing the likelihood that the cell is going to pass along a message to its neighbor. But recently some researchers have started pursuing a completely different theory that does not involve changing the strength of synaptic transmission; in fact, it does not even involve neurons. Instead other types of brain cells, called glia, are responsible.

A new study from the University of Toronto, published on-line this week in the journal Neuron furnishes support for this theory. It provides evidence that the basic act of learning whether one’s environs are safe or not, a behavior common to all animals, depends on glial cells that form the fatty sheath called myelin—electrical insulation that covers nerve fibers. The new theory postulates that establishing indelible memories that can be recalled long after sensory input or training on a task involves an interaction between glia and peculiar brain waves produced during sleep. “The role of myelin in cognitive functions has been largely neglected, an omission elegantly rectified by this paper,” says myelin researcher Bernard Zalc, at the Sorbonne Université in Paris, commenting on this new study.