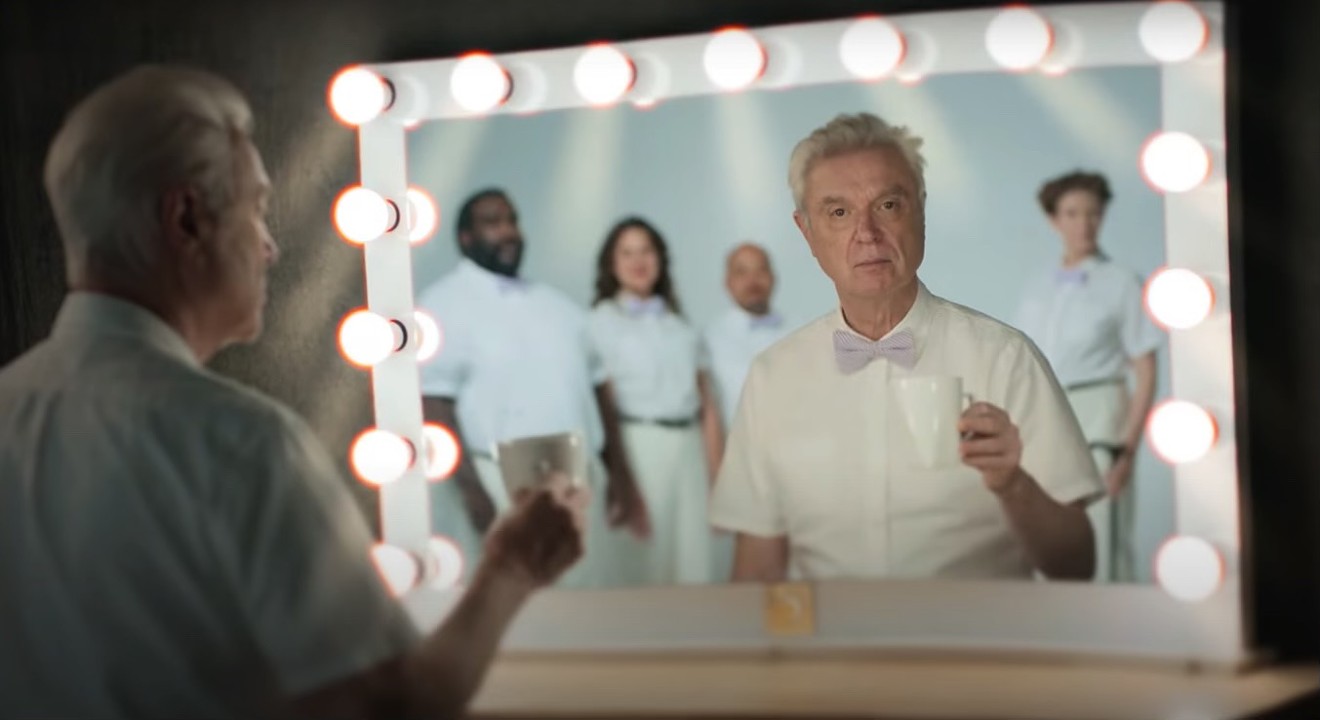 By msensory team22/09/2022No Comments
David Byrne’s Theater of the Mind will finally open Wednesday, August 31. Denver Center for the Performing Arts
What is reality? Can you really trust what you see, hear, taste, touch, feel? These are the questions you’ll face as you’re guided through the mind-bending, neuroscience-inspired Theater of the Mind, which finally opened at York Street Yards on Wednesday, August 31, after years of anticipation and pandemic-induced delays. The immersive installation was created by David Byrne and Mala Gaonkar, who decided that the Mile High City was the perfect spot to debut the exhibition after Charlie Miller proposed a collaboration with the Denver Center for the Performing Arts back in 2018.

Miller, who co-founded Off-Center, the DCPA’s experiential theater platform, in 2010 and was recently promoted to the DCPA’s executive board, had seen the beginnings of Theater of the Mind in 2016, when Byrne mounted his immersive exhibition Neurosociety at the Pace Gallery in Menlo Park, California. Two years later, Miller discovered that Nate Koch, a New York-based immersive-industry colleague, was a producer for the new version of the project.

“I started talking with Nate and the other New York-based producer, LeeAnn Rossi, and we started looking at budgets and talking about if it could work,” Miller recalls. “When David toured American Utopia and played two nights at Red Rocks, I met him for the first time and showed him a warehouse I had been looking at, and we talked about it. It was a pretty easy sell because of the track record that Off-Center has in pulling off ambitious immersive projects.”

But after committing to the rough space at York Street Yards and the project’s budget in 2019, the pandemic hit. “We just started our lease on the space, and we were starting to build it out,” Miller recalls. “In many ways, this is a wonderful concluding chapter for all of us who were put on pause for this project that had so much anticipation and has been extended for two years now. We’re finally headed toward the finish line.”

“It’s exciting now that it’s really happening,” agrees Abner Genece, one of the performers playing a guide in the production. “You know, COVID affected us all. And it was like, ‘Well, is this show going to happen?’ That was really in question. And we were always hopeful, but we didn’t know for sure. The fact that it is actually happening, and it’s here in Denver and it’s with local artists, is too exciting to me. It’s never been done before. Believe me, when you see it, it’s entirely new and it’s gonna blow people’s minds.”

York Street Yards has been transformed into a shrine of memories with about a dozen experiential spaces that groups of up to sixteen people will traverse with a “guide” for a 75-minute immersive experience. “One of the things that David likes to say when I’ve heard him kind of introduce the show to people is that he’s really interested in how changing the context of things changes the way we understand our experiences,” Miller says. “He and Mala were both really interested in neuroscience phenomena and were wondering, ‘What if you take something that scientists can do in a lab and put it in an art gallery?'”

After meeting with scientists and visiting labs, Gaonkar and Byrne decided that they wanted to create a narrative-based experience to translate the science.

“That’s when it became a piece of immersive theater. They realized one guide could take you through it, and it could be the story of a life lived backwards,” Miller explains. “As you go through these different spaces and memories in this memory palace, you could experience these neurological phenomena and sensory experiments that essentially show us how easily manipulated our senses are. … This guide takes you through their life backwards, sharing stories and reconciling their memories and their past, and showing and demonstrating how we can’t trust what we see. We can’t trust what we hear, we can’t trust what we taste, because even our senses can deceive us. It’s a cool, really interesting hybrid of storytelling, theater design and installation, because there are all these incredible environments that we’ve built. And there’s real neuroscience backing it up.”

Each of the fourteen guides is a local performance artist from Denver. “We all play what we’re calling ‘the guide’; we’re all David Byrne,” explains guide Jenna Moll Reyes. “What makes it special is that, regardless of whether we are the David Byrne-like type, is that each of us brings ourselves to the character. … The way we facilitate is all very different, even though we’re given the same parameters, which I think is really, really beautiful.”

“A layer of the story is sort of questioning identity, so they’re all playing the role of David. And we as an audience are questioning our own identities in the role that we’re cast in the show, as well,” Miller adds. “What’s cool about it…is that each show is very different. I mean, [the guides are] doing all the same things and they’re staying on the same line for the most part. But the different person who is your guide will make for a very different experience for each audience member.”

Those audience members will have a fully immersive experience that interacts with all of their senses, whether they’re in a disco room meant to portray the memories of a DJ or in a room set up for a ten-year-old’s birthday party.  While other immersive experiences such as Meow Wolf are open-ended, with audiences following their own path, it was imperative for Theater of the Mind to follow a more linear, guided experience to really get through to the audience, Miller notes.

“That’s important, because in order for the scientific phenomena to work, you have to do very specific things. And so your guide is not only interacting with you and telling stories with you, but they’re also facilitating the science to make sure that it works for you,” he explains. “What is unique about it is the science is very personal and individual — it’s happening inside your own head. And so this is a really unique way to experience things inside your body that you have never experienced before, probably. And a lot of those are visual, there’s some auditory, there’s taste, there’s some smell — we really engage all of your senses as you go through this experience.”

Talking Heads fans will be happy to know that Byrne has been deeply involved with the project on a daily basis, even bonding with the cast over beers. “He’s literally been in the room since day one,” says Reyes. “It’s so weird, because we know him as musician, but right now I know him as a playwright, as a creator and as a scene partner. He is always willing to get up and work a scene with us and he’s…just so willing to be the audience that we need. It has been so fun, and I think it’s fun for him, too.”

Genece, who lived in New York City throughout the ’80s, is moved to be part of Byrne’s project. “I experienced David Byrne for the first time at the movie premiere for Stop Making Sense in the Village in New York City,” he recalls. “And it totally was a mind-altering experience, because none of us had seen a concert film presented in this way, across sections with performance and narrative in a way that we’d never seen in a concert before — it blew me away. And the audience ended up just dancing in the aisles of the movie theater! I thought, ‘This guy is amazing!’ That’s kind of where it starts to come full circle all these years later — that I have the opportunity to work with the man is a blessing.”

Theater of the Mind is meant to be a mind-expanding experience, and it has proven to be just that for Reyes and Genece, who say they’ve learned a lot about themselves and human perception in general. It taught her about “looking at things from all perspectives, seeing things differently and…coming at it with a more level-headed scientific perspective,” Reyes says.

“Theater of the Mind is getting at how malleable our memories, our experiences, our perception can be, and even how malleable our identity can be,” Miller concludes. “And for David and Mala, that malleability kind of provides hope. Because if what you are is not fixed, then you have the possibility to change, and that’s a really hopeful message for individuals and for the world.”