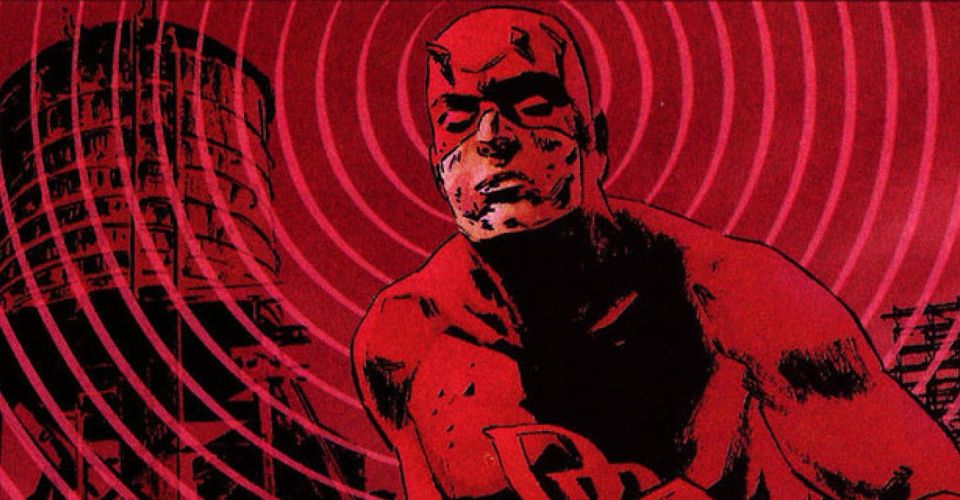 Daredevil has a unique way of perceiving the world – one readers can experience in GraphicAudio Productions’ comic book adaptations! | Screenrant

Comic books have traditionally been a form of visual entertainment, with readers returning every month to enjoy the brightly colored panels full of superheroes, monsters, and other fantastic characters. Nevertheless, comics have also had to try and deliver a multi-sensory experience, thanks to characters like Daredevil who experience the world in ways that go beyond sight.

For a long time, comic creators could only describe Daredevil’s unique perceptions through words and abstract images of his “radar sense.” However, thanks to a blend of new and traditional storytelling techniques, GraphicAudio Productions is now letting readers re-experience classic Marvel stories in a whole new way.

With the help of a full voice cast, sound effects, and a music score, comic book fans can now have “a movie for your mind.” While ostensibly an updated form of radio drama and audiobooks, GraphicAudio Productions is particularly effective at infusing new life into tales like Frank Miller’s Daredevil: the Man Without Fear and Kevin Smith and Joe Quesada’s Daredevil: Guardian Devil, which offer fans Daredevil adventures as perceived through Matt Murdock’s eyes (or ears).

Already considered a classic among Daredevil fans, Daredevil: The Man Without Fear offered a gritty re-telling of Matt Murdock’s origin, from his rough upbringing in Hell’s Kitchen; to the accident that blinded him while enhancing his other senses; to the long road he endured as he trained to become the vigilante superhero Daredevil.

Miller scripted several gripping scenes showing Matt nearly going mad from the sensory overload as well as more cerebral sequences where Matt learns to use his enhanced hearing, scent, and touch as weapons. However, even Miller’s words failed to convey the horror and intrigue of Matt’s experience – until now. Using Paul Crilley’s prose novel adaptation of Miller’s script as a base, the audiobook adds a cacophony of street sounds, screams, punches, and random noise just to show how chaotic Matt Murdock’s world really is.

As Matt learns to embrace and control his super senses, the audiobook follows suit by offering a more focused sequence of sounds along with the narration of Richard Rohan who guides readers through Daredevil’s battles with street thugs, trained killers, and the Kingpin’s mafia. Rohan isn’t the only voice the reader hears, however, as a full cast of talented voice actors brings Daredevil and his supporting cast to life. Daredevil and Stick’s voice actors are particularly well cast – bringing the recklessness of a young, conflicted Matt Murdock and his no-nonsense, smooth-talking mentor to life.

Those who’ve read Crilley’s novel of The Man Without Fear know Crilley took a few liberties with Miller’s plot. In particular, Crilley expanded the final act to include a team-up between Matt Murdock and Ben Urich (not in the original version) that ties into a corruption story and law case the vigilante and reporter are both working on. Murdock’s friend Mickey also gets a bigger role, evolving into more of a street-smart warrior than the victim she was originally presented as. For the most part, these changes are welcome and even add an extra layer of meaning and substance to the story. 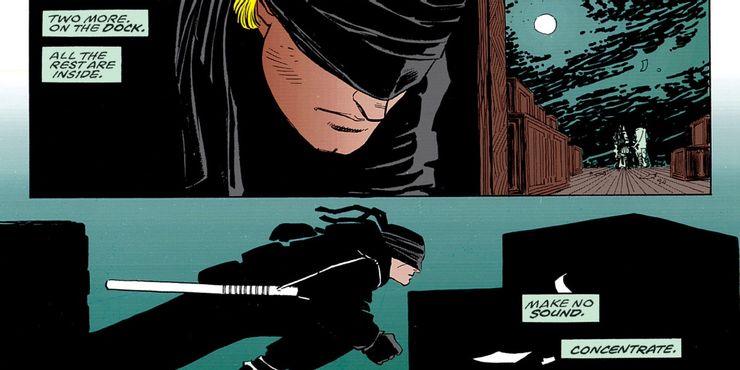 Still, if there’s one thing The Man Without Fear lacks, it’s that Matt doesn’t actually become Daredevil until the very end – and his fights, while dramatically brutal, don’t necessarily reflect Daredevil’s near-superhuman talent for violence. That’s not the case with Graphic Audio’s other Daredevil production, Guardian Devil, which offers a more straightforward adaptation of the graphic novel written by Kevin Smith and drawn by Joe Quesada and Jimmy Palmiotti.

This graphic novel takes place after Matt Murdock has already established himself as a seasoned superhero, with Daredevil finding himself wrapped up in a plot to take care of a baby who may be the Messiah or the Antichrist. Popular superheroes like the Black Widow (sporting a Russian accent), Doctor Strange, and Spider-Man move in and out of Matt Murdock’s life, and the audio script does an admirable job of explaining these characters’ relationships to Daredevil without making the dialogue or narration feel overly-expository. 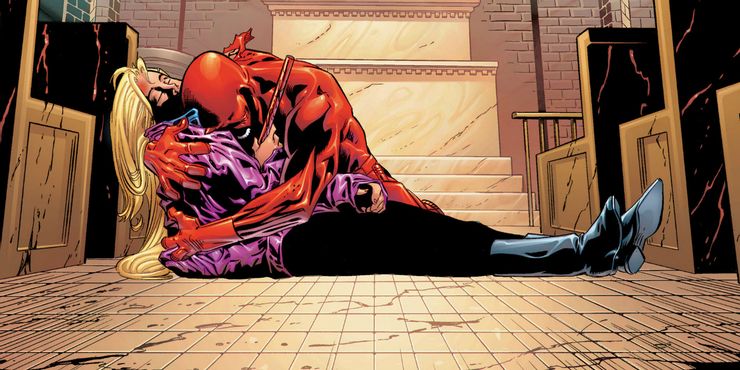 The main focus of this story remains Matt Murdock’s tragic life, however, and the audiobook shines by casting quality voice actors in the roles of Matt, his girlfriend Karen Page, his partner/confidant Foggy Nelson, and the story’s mysterious antagonist. Many of their scenes feel like old time radio drama plays full of tension and emotion as the story’s events cause old resentments and hidden fears to resurface.

The audiobook also excels in depicting the fight scenes between Daredevil and his enemies. Here, the split between comic books as a visual medium and audiobooks as an auditory form of storytelling becomes very apparent – yet the audiobook version fully exploits its unique palette of sounds to paint an equally intriguing experience.