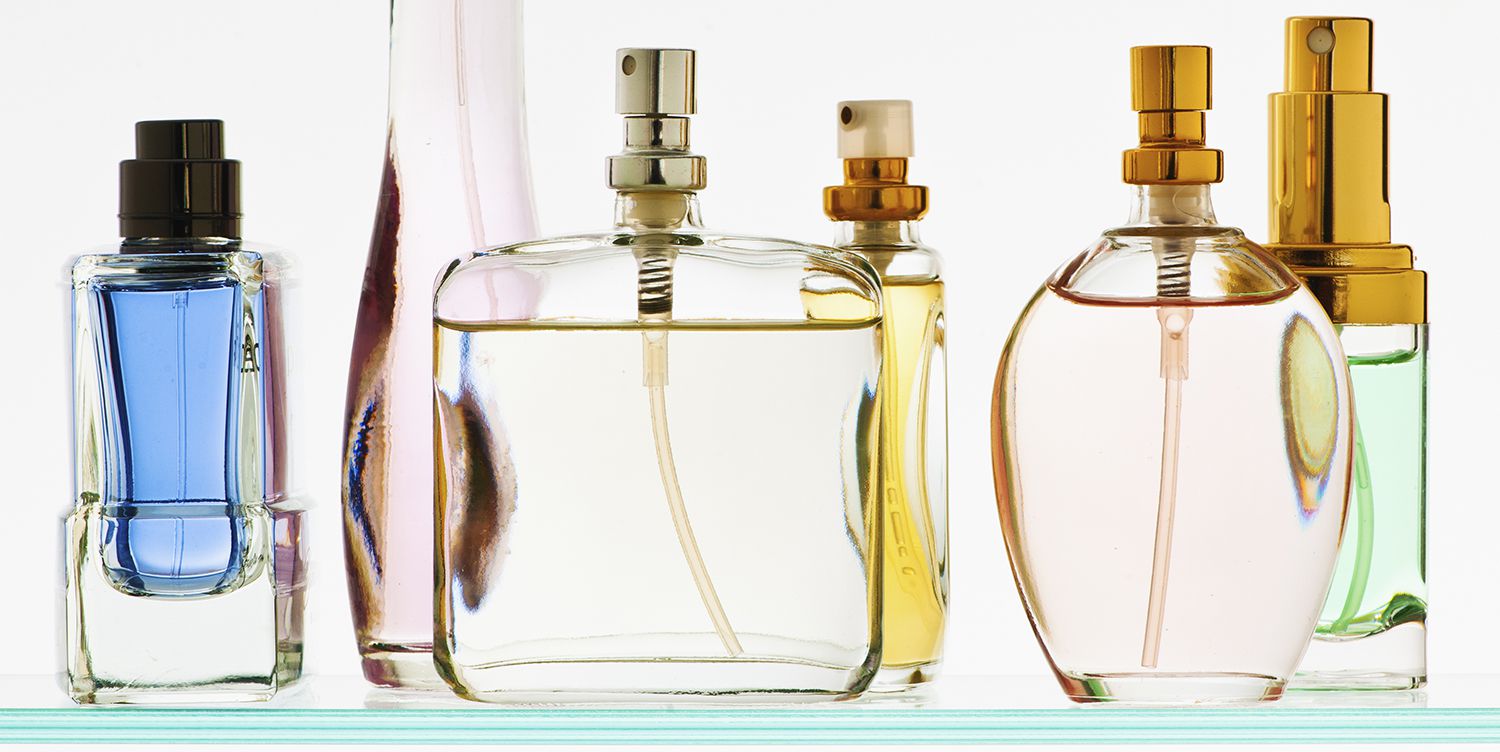 Customization Is Coming to the Fragrance World | Marie Claire

It began with a musk. At least I thought it was a musk. How was I to know? Fragrance makers have always been masters of intrigue. They peddle glamour and sex. They develop mysterious concoctions with exotic resins and flowers, cloak them in tales of romance and luxury, and sell them in beautiful bottles that sit on our vanities and make us feel chic and rich and interesting. This musk—my musk—was no different. I’ve been wearing it off and on since high school, and people often stop me to (correctly) guess its name.

That’s why my search began. I wanted a new fragrance that would make me feel special, something that amplified my persona. And I’m not the only one. “There’s a trend of people trying to find something different and seeking more individuality with their perfume,” says Pierre Aulas, a Paris-based fragrance consultant who works with companies like Thierry Mugler and Lanvin. “Over the past decade, everything in the perfume shop started to smell the same—florals, fruit, a few gourmands—and this acceleration is, in part, a response to that.”

There’s also been a psychological shift in society. Women today are nothing like they were in the 1960s, when Chanel advertised its most famous scent with the slogan “Every woman alive wants Chanel No. 5.” These days, we don’t want what she’s having; we expect everything to be customized, from the inseam of our jeans to the blend of our cold-pressed juice. We’re more interested in the provenance of our products and more skeptical of the companies that make them, and 80 percent of consumers say it’s hard to know which brands to trust, according to a 2018 report presented by graduates of the Fashion Institute of Technology’s Cosmetics and Fragrance Marketing and Management program. Combine all that with the power of search engines and smartphones and it’s hard to buy anything without doing “research.”

We don’t want what she’s having; we expect everything to be customized.

And so, my quest for a new perfume began where all journeys do these days: online. I figured if I could find out what was in my musk, I might be able to layer it with something similar to make it my own. The brand’s website calls it a “light, sensual” blend of rose, amber, and wood, but I’ve interviewed enough perfumers to know that description is just marketing. Like almost all conventional fragrances, it contains dozens of aromatic chemicals and extracts. The “amber” isn’t from fossilized tree sap, but it could be a blend of chemicals like resinous benzyl benzoate and sweet, herbaceous coumarin. (Both are listed as ingredients.) The rose might be extracted from a flower, but there’s no way to know. (“Fragrance,” a catchall for components the company doesn’t want to disclose, is also listed.) As for that “wood,” I doubt it came from a forest, but it could be
Iso E Super, a chemical that smells dry, airy, and ever so faintly of cedar.

I first heard about the compound in 2006, when Escentric Molecules launched cult
favorite Molecule 01, which boasts a formula of 65 percent Iso E Super. “We neglected all the traditional ways of selling that had been spun around scents up to that point,” explains Geza Schoen, the perfumer who created it. “We don’t pretend that we’re sexy, and the idea of having a celebrity spokesperson makes me laugh. Our scents speak for themselves.”

Apparently, he’s on to something. In the last two years, more companies have been playing to this trend of transparency, informing customers about the components in their wares and hyping individual ingredients, sometimes even in their names. In 2016, Rag & Bone launched eight scents, each built around a well-known note—cypress, bergamot, etc.—and Ralph Lauren Collection launched 10 scents highlighting different aromas like sage, vetiver, and lime. When Philosophy did a new version of its popular Amazing Grace perfume in 2017, it pumped up the rose and, accordingly, named it Amazing Grace Ballet Rose.

Mugler Cologne in Take Me Out, Fly Away, Come Together, Love You All, $70 each.

Some companies have taken things a step further, giving us the tools to tinker on our own. There are fragrance “primers,” like those from Linger and Canvas & Concrete, that make any scent last longer. Kenneth Cole launched its new scent, For Her, with a set of three customizing sprays. Maison Margiela Replica has two “filters” to layer under its other perfumes. And this summer, D.S. & Durga came out with I Don’t Know What, which its creator, David Seth Moltz, calls an “enhancer.”

“Alone, it smells feathery—like an expensive down jacket—but it has this magical ability to sort of blend with anything and make it more radiant,” he says. Breaking with the fragrance industry’s tradition of secrecy, he’s happy to explain that magic: “It has my favorite aroma chemicals, and most are listed on the bottle,” he says, citing a few, such as civetone (“this crazy, crazy nice musk”) and farnesol (“a sandalwood-aroma chemical on the wood spectrum”).

I sprayed I Don’t Know What over my musk and, well…I don’t know what. It turned powdery and lasted longer, but it lost some of its warmth. I also tried the musk with Maison Margiela’s Blur spray, which smells like a beautiful, full-fledged perfume on its own, but my musk got completely lost in the mix.

“Marketing people made it murky,” says Bee Shapiro, the founder of fragrance and body-care brand Ellis Brooklyn. “They can call their fragrance a rose scent, because maybe rose is trendy, then people go around thinking they love rose, when in reality the scent was based on lily of the valley.” To give her customers real control, she created a layering set with three of her most popular perfumes and three single-note modifying sprays, in mandarin, patchouli, and tuberose. (Clinique has also come out with a line of layerable scents, called Clinique My Happy, and Thierry Mugler recently launched mix-and-match Mugler Colognes.) Shapiro says the perfumers she worked with were nervous about the idea. “True single-note scents are polarizing. Tuberose on its own is strange and almost carnal,” she says. “But customers today are more educated, and they want options. They don’t need things to be perfect and pretty to start—though maybe they’ll end up there when they concoct their own thing.”

“Customers today are more educated, and they want options. They don’t need things to be perfect and pretty to start.”

Concocting my own thing sounded like a very good idea, and plenty of companies, such as Scent Trunk and Hawthorne, have popped up to help customers do just that. I opted for Waft, which leads you through an online questionnaire, then sends you a personalized spray and two modifying roll-ons based on your answers. First, I requested a unisex scent that I could wear to work. Next, I was asked to select a few existing perfumes I liked, including one to inspire my order. I found my go-to musk in the site’s library of existing scents and chose it, along with a few others I have in rotation. As I made my selections, they popped up on the page with graphics of their fragrance accords. Only one of the scents had musk, but all three were considered very woody.

After I ordered my scent, I called Waft’s founder, Valerie Boffy, who says education was part of her plan when she created the algorithm. “In the process of choosing your scent, you learn other things about fragrance,” she explains. “Once you have knowledge about what types of fragrance you like, you can start playing with scents and trying different things on different days, in the same way you dress up or dress down depending on the occasion.” When my package from Waft came, the main scent was lovely—light, green, and perfect for the office. But I still wanted a sexier option, with more of the skin-like warmth of the musk that started this whole experiment.

I headed to Olfactory NYC, a boutique in Manhattan’s Nolita neighborhood where you can make semicustom fragrances. (It also offers an online service.) There, I smelled nine base scents, displayed like museum pieces, complete with descriptions and information on the perfumers who created them (again with the education!). I picked Lulu, a blend of orris, tonka bean, and musk, and let company founder J.J. Vittoria walk me through the different accords he could mix in. My instinct was to play up the musk with accord number one, for a “muskier scent,” but based on what I learned from Waft, I decided to go with a dose of woodsy number nine. The result was soft and skin-like with a deeper earthiness that made me want to sniff it again and again.

As Vittoria bottled it, I asked what he thought of this shift in the way people are shopping for fragrance. I expected him to talk about the millennial mind-set or how people want more transparency in every aspect of their lives, from the food they eat to the politicians they elect. He offered a simpler explanation. “You know why you like this so much?” he said, pointing to my new perfume. “You put in time and energy. Most people walk out of here loving their fragrance because they had an experience, they learned something, and they enjoyed the process of discovery. That translates to a connection with an object, whether you realize it or not.”

This article appears in the October 2018 issue of Marie Claire.

Source: Customization Is Coming to the Fragrance World