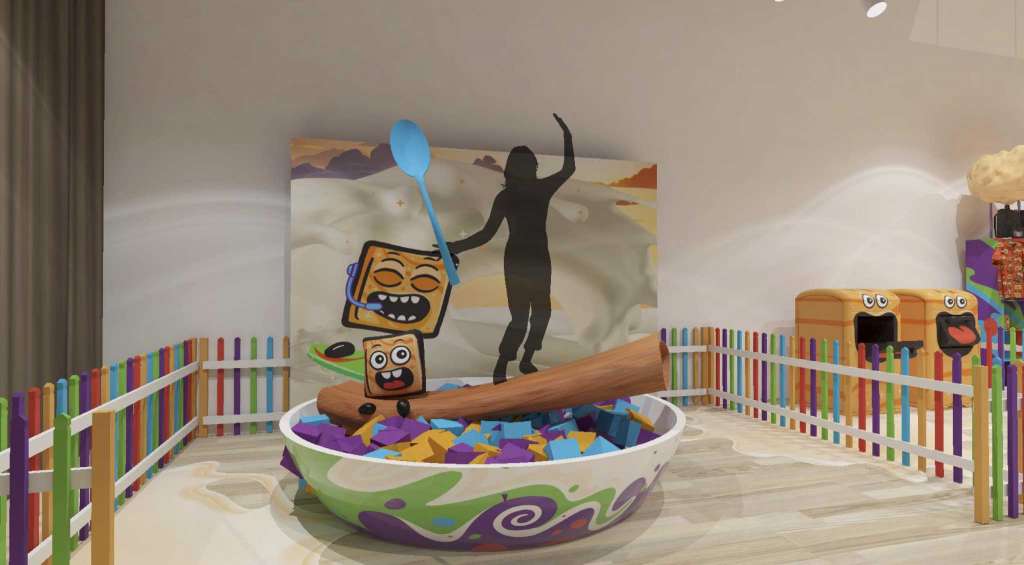 Cereal — not just for bowls anymore.

General Mills is getting into the food pop-up game with the Cinnaverse Experience, an immersive, multi-sensory event to celebrate Cinnamon Toast Crunch.

Inspired by a box rebranding (complete with “Cinnamojis”), the free popup will be at Baybrook Mall in Friendswood, from Aug. 9-11. It will have four interactive rooms for cereal fans to immerse in the “taste, sight, smell and feel” of the cereal. Houston is one of three American cities on the cereal tour, along with Santa Monica, Calif., and Chicago.

The cereal’s new packaging is more colorful and features 16 “Cinnamojis” character faces on the back of the boxes, according to a news release.

One has to ask if the pop-up route is the company’s way to appeal to a younger demographic. It’s been reported that cereal is in the crosshairs of millennials’ extermination. According to a recent CNN story, General Mills is restrategizing its marketing campaigns for Baby Boomers and Gen Z; both groups have “some of the highest levels of per capita cereal consumption.”

U.S. sales of breakfast cereals dropped 17 percent from $12.7 billion in profits in 2009 to only $10.6 billion in 2016, according to research firm IbisWorld. And much of that is blamed on the millennial generation (those born between 1981 and 1996, according to Pew Research) because they want healthier breakfast options that are portable.

Either way, a cereal funhouse sounds like a good time to us.