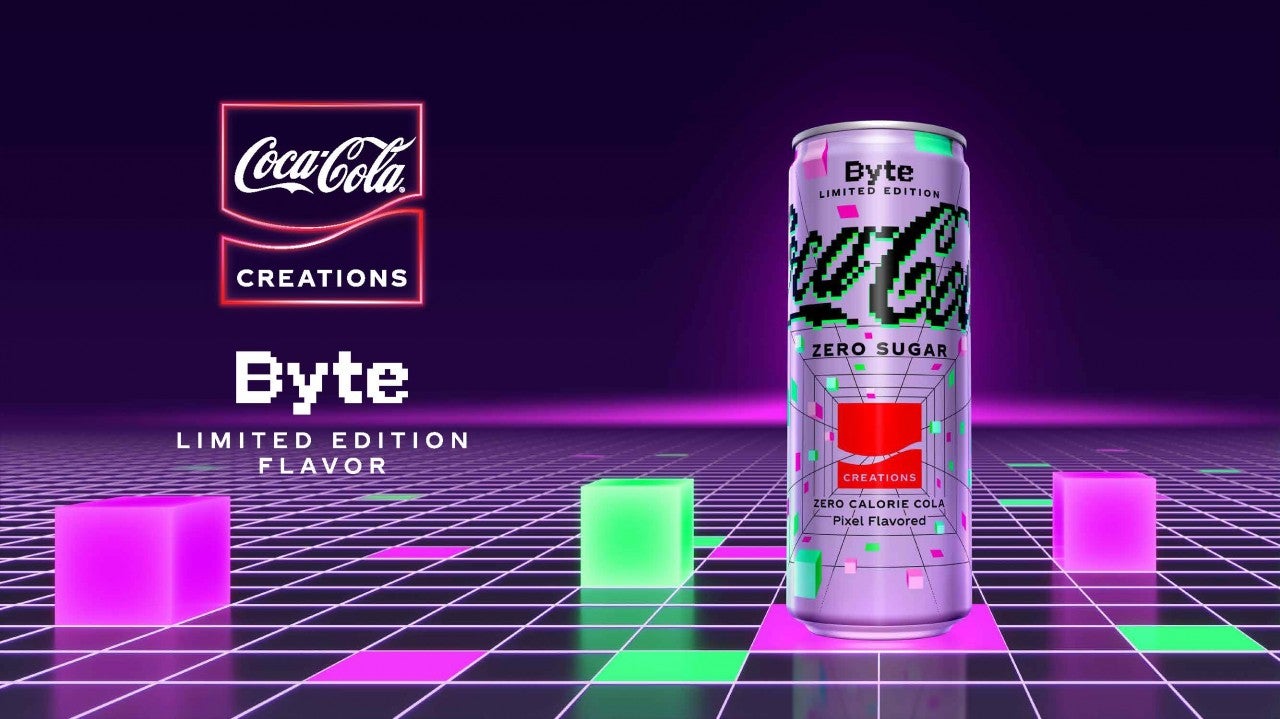 Coca-Cola is about to launch an all-new flavour named Byte, and it will first be available in virtual form on the popular game Fortnite before its real-world release.

Now the soft drinks giant has just announced a baffling all-new edition named “Coca-Cola Zero Sugar Byte”, which apparently has the flavour of pixels – but what could that actually mean?

Coca-Cola encouraged speculation about how the new flavour might taste with the above tweet, but the suggestions from the Twittersphere have just left us even more confused. Count me out if it really does taste the same as licking a 9V battery or the static on the screen of a CRT TV set, as some fans suggested. However, the ingenious idea that there will be three mixed flavours, each one beginning with an RGB initial – such as Raspberry, Grape, and Blueberry – sounds as mouth-watering as it does clever.

The only clue that Coca-Cola has said about the taste is that the new drink will bring “the flavour of pixels to life in a beverage that transcends both the digital and physical realms.”

This underlines a particularly unusual aspect of the launch, because Coca-Cola Byte actually exists in the virtual world before it has even hit our shop shelves. The drink is exclusively available on Pixel Point island in Fortnite, where you’ll also be able to play four multiplayer games named The Castle, The Escape, The Race and The Tower. You can watch PWR take on the challenges in the video below:

As for our own reality, you can order the beverage starting from 2nd May in the United States and it will be exclusively available from Coca-Cola’s own website in “super limited quantity” on a first-come, first-served basis.

If you do manage to get your hands on a can, then you can access even more digital goodies. Scan the Byte on the Coca-Cola creations website, and you’ll be able to play an AR game that “tells the story of BYTE, an 8-bit pixel who was left behind when Coca-Cola Byte entered the metaverse.” Your task is to guide BYTE up a spiral staircase, so that it can take its place in the iconic Coca-Cola logo.