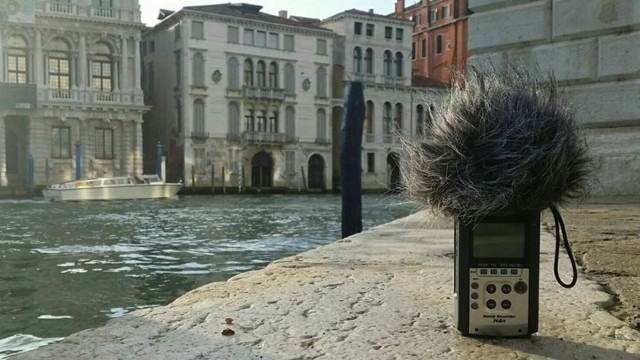 Google Maps gives our eyes access to a million places. Drop a cursor onto a street in a city you’ve never visited, and you’ll be able to see the shops, the people, the birds in the sky. But while we might be able to glimpse how a city looks, what about how it feels; how it sounds?

Stuart Fowkes’ Cities and Memory project is cacophonous. It is a sound recording project with global ambitions. Head over to the project website and you’ll find a map, busy with pins. They cover Tokyo, Paris, LA, London, Oslo, Hawaii, Havana and hundreds of other locations. Click on one of these pointers, any of these pointers, and you’ll find two sounds: “city” and “memory”.

“One is a ‘real’, documentary field recording of a time and place, and the other takes that original recording, or elements of it, and creates something new, according to the artistic response, memory, and reaction of whoever is creating the recomposed or reimagined sound,” explains Fowkes.

“In effect, we are remixing the world one sound at a time, creating a real and an alternative sound world that the listener can flip between at will.”

Hone in on Helsinki, and you can listen to a violin busker in Senate Square, a lone melody against the chatter of crowds and traffic. Listen to the “memory” version, however, and this tune swells into a symphonic wall of sound. It is enormously affecting; an impressionistic remix of a moment in time that gets closer to the reality of being captured by a busker’s song. After all, we don’t hear the world with objective ears.

“Sound is incredibly important, and still isn’t given enough credit or prominence in our increasingly visually-obsessed, algorithm-dominated digital culture,” says Fowkes. “It’s the first pre-birth sense – we can hear before we can see, and it’s the sense that (along with smell) can snap you back into a memory of a time and a place instantly like nothing else.

“Sound is incredibly close to us and familiar to us – so close, in fact, that our relationship with it can become complacent over time. Part of the goal of Cities and Memory is to use the reimagined sounds to help us reevaluate the ‘real’ sounds around us and listen to them more closely and more appreciatively.” 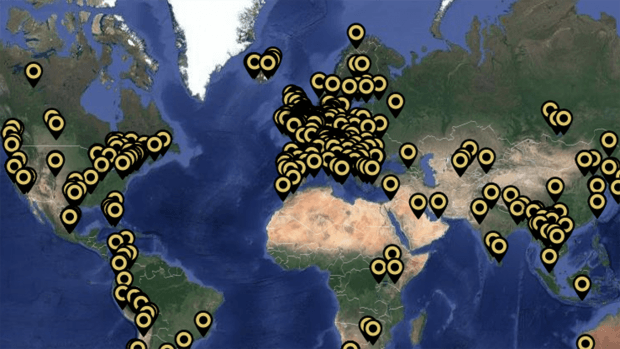 Fowkes first started the project after a decade of working with field recordings as a musician. He’d been experimenting with the idea of creating “impossible places” by remixing captured sounds. From there came the idea of mapping them onto real locations, although covering the globe alone would’ve taken a lot of air miles. Cities and Memory was therefore conceived of as a completely open project. Anyone is welcome to submit recordings and remixes.

“There’d be nothing interesting about hearing only reimagined sounds created by me, from field recordings taken by me,” says Fowkes. “But I think there’s something fascinating about a global, open process that allows anyone to contribute a sound, and anyone to bring their talent, skills, memories and emotions to bear on recomposing those sounds.

“One of the things I love about it is that often I’m little more than a facilitator for global sounds – connecting a field recordist in Brazil with a musician in Japan, who collaborate over a sound from New York, via a project based in Oxford.

As it currently stands, the project has more than 1,800 sounds on its map, spread over more than 70 countries. There are peaks and troughs: London is a pincushion, whereas the entirety of Russia only have five sound locations, but the scope is definitely global. The project also helps keep its numbers up thanks to regular schemes based around particular themes, such as an examination of the sounds of sacred spaces; the London Underground; or the sounds of protest.

“We’ve even moved off the sound map with a recreation of Thomas More’s Utopia in sound, and our current project sees sonic responses to photography, which will be a really interesting one. The ultimate aim of ‘remixing the world’ still stands, and with 74 countries on the map so far, there’s still a long way to go!”

Delving into the sound of Hawaii chickens or a Birmingham data centre is absorbing on its own terms, but pairing these with “memory” remixes is spellbinding. Between the two sounds, these is that slippery sense of place.

Source: Cities and Memory lets you visit anywhere on Earth and listen to local sounds | Alphr