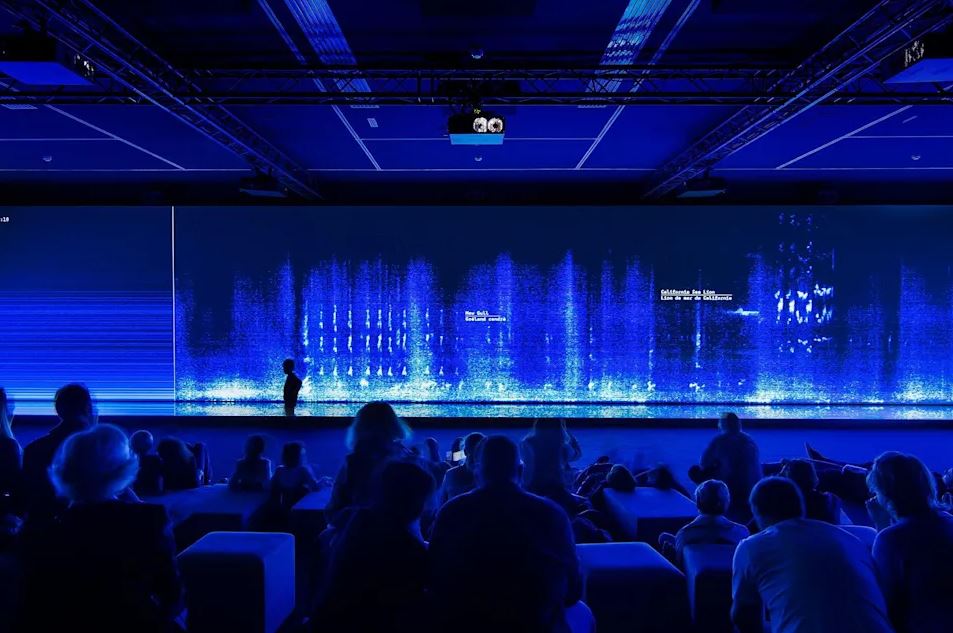 Cartier Is Bringing an Immersive Art Experience to the U.S. — Here’s Where to See It | Yahoo

By msensory team01/11/2021No Comments
Interior of Multi-sensory art installation in New England This Fall — presented by cartier Luc Boegly/Courtesy of Fondation Cartier pour l’art contemporain
Cartier Is Bringing an Immersive Art Experience to the U.S. — Here’s Where to See It

While the Fondation Cartier pour l’art contemporain, or the Cartier Foundation for Contemporary Art, might be most closely associated with its ultra-modern exhibition space in Paris, it also supports exhibitions around the world. After 20 years, Foundation Cartier returns to North America to unveil a timely and important exhibition with the Peabody Essex Museum (PEM) in Salem, Massachusetts. On November 20, “The Great Animal Orchestra,” a collaboration between soundscape ecologist Bernie Krause and United Visual Artists, will make its North American debut.

Krause has spent close to 50 years recording natural environments, creating a catalog of more than 5,000 hours of recordings that feature more than 15,000 different species. This show creates an immersive audio-visual experience, with soundscapes that celebrate the diversity of animal life on Earth.

In this exhibition, Krause creates an orchestra of animal sounds with the hopes that hearing these unique sounds will galvanize us to protect the dwindling species and their natural habitats, preserving them for future generations. Throughout his career, Krause has revisited the same locations, only to find that a significant portion of the animals previously recorded have disappeared. This exhibition is an urgent call to save the animals that remain. Hervé Chandès, general director of the Fondation Cartier pour l’art contemporain and head exhibition curator, said, “The polyphony of ‘The Great Animal Orchestra’ is rapidly being silenced and we must band together to protect our natural resources and environments.”

The sounds are accompanied by visual installations from United Visual Artists — the UVA participants designed a computer software program to create animated spectrograms of the soundscapes. These visual representations of the sounds show the different frequencies in bold and brilliant lines and waves.

In a statement, Jane Winchell, PEM’s director of the museum’s Art & Nature Center and curator of natural history, said, “‘The Great Animal Orchestra’ is a highly original and memorable encounter that stays with you long after you leave. I found myself listening more intently and with greater awareness of how animal sounds serve as messengers of an ecosystem’s vitality.”

In addition to the exhibition, there is a new documentary on Bernie Krause’s life and work at PEM. It was directed by Vincent Tricon and produced by Fondation Cartier.

Source: Cartier Is Bringing an Immersive Art Experience to the U.S. — Here’s Where to See It